It’s unsure whether the Trump administration was or was not thinking about expanding black sites and rendition, so I was doing a bit of research about them – mostly out of my own interest. What is known about these sites?

One of the things that’s frustrating is the way that secrecy is used as a fig-leaf to cover what is clearly conspiracy to commit a capital crime. There are a few things about that, which don’t add up: for one thing, the people making it secret must be aware of the crime. Someone in the CIA is staffing a building someplace – a very expensive building – and it beggars credulity to imagine that some program officer comes to a budget controller and says:

Program Officer: “I need $12 million for a building in Thailand. And ongoing salary for 30 people. And travel expenses.”
Budget Officer: “Sure! Here you go!” (writes check)

That’s not how it’s done. 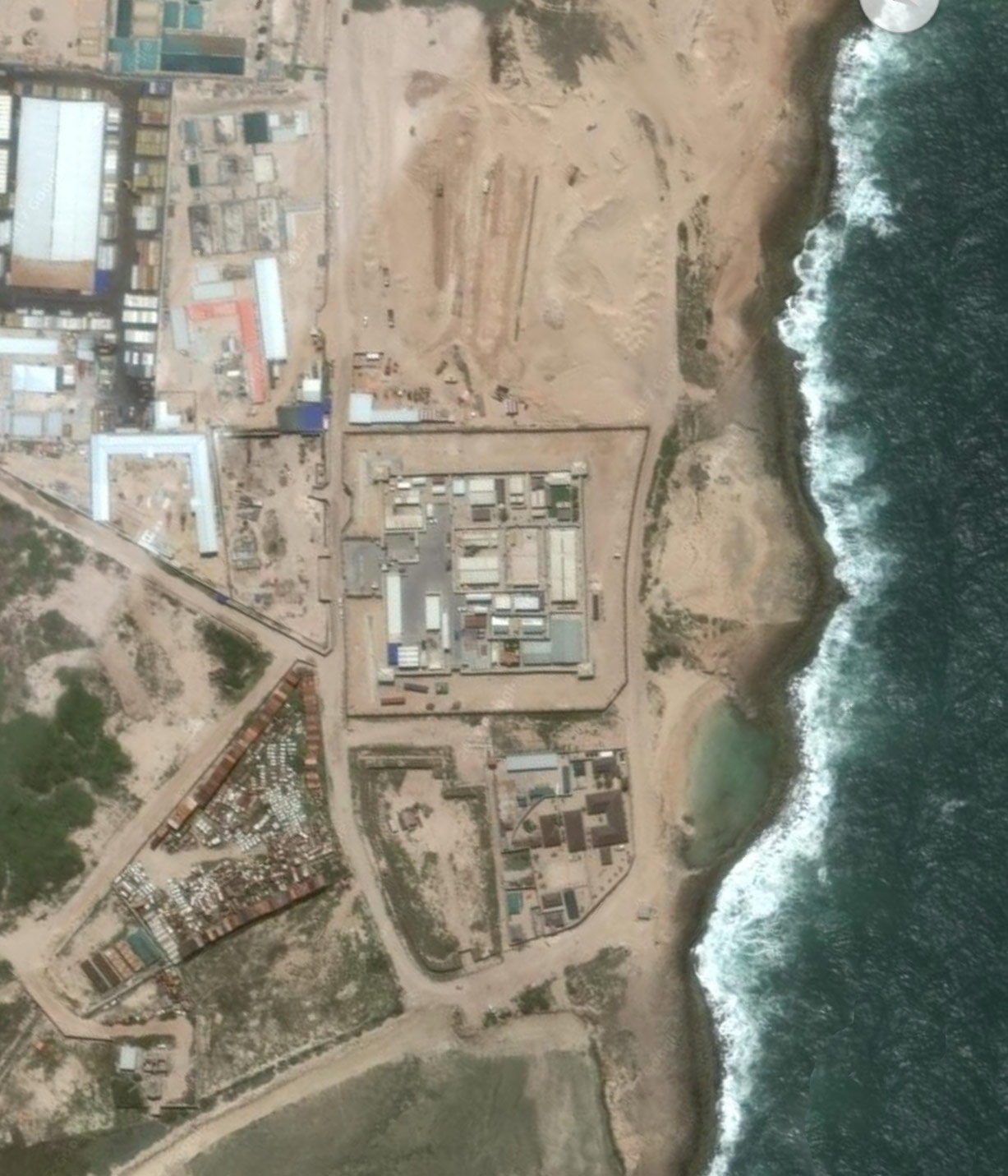 Someone writes the checks, approves the plans, assigns the staff, puts out bids for the gear, ships the black suburbans and weapons and straps and cattle prods. Someone makes the video tapes, sets up the communications and email systems, audits the site security, does the background checks. I’ve been involved in executive operations of small businesses and medium-businesses with around $10m/year budgets and I know: there are lots of moving parts and it doesn’t work if lots of people don’t pitch in and do their part. Which means that they know their part and they can’t pretend that none of it happened. Imagine if you had a technology start-up and it operated in Silicon Valley for a couple years, spending $30m into the local economy – and nobody noticed. Bullshit. It’s not going to happen: there’s power and water and construction, there are cleaning services, laundry services, and taco trucks who suddenly have customers who are quiet and wear black badges (when they forget to hide them) and sunglasses and show up with armed guards. Every aspect of these things is memorable to the locals.

So, I’m calling “bullshit” when the Thai government says “we had nooooo idea there was a CIA torture site in our country!”[1]  It’s almost comical. At least they didn’t do like a movie bad guy and say “we have no CIA facility called ‘cat’s eye’ in Thailand!” In fact, as the Washington Post report says [2]

Three days after the planes had plunged into New York’s tallest towers, a secret message went out to CIA stations overseas. Start making a list of potential detention sites, it said, a request that was relayed as an “urgent requirement” from the chief of the agency’s Counterterrorism Center.

Oh, oops: “chief of the agency’s Counterterrorism Center” would be the title of the person that the FBI should be arresting and asking who else was involved in the torture program. It’s right there in the newspaper. Even the FBI could pick up on a lead like that if it was regarding Hillary Clinton’s something something Benghazi! something possible coverup.

Almost immediately, there were tensions with the Thai government. The day after Abu Zubaida arrived, Thai officials began placing new conditions on their acquiescence, demanding access to U.S. intelligence that officials familiar with the Senate report said had nothing to do with terrorism. The Thai officials who had approved the CIA plan were suddenly replaced by others who objected to the deal and demanded that it be closed “within three weeks.”

CIA lobbying got Thai officials to relent, but by November, the location had leaked. The New York Times refrained from publishing the Thai connection, but “the fact that it had the information, combined with previous media interest, resulted in the decision to close” a site known by the code name “Cat’s Eye.”

Oh, so Thai officials who had approved the plan then later didn’t know about a black site. Got it. And there was management rotation – that means at a minimum there were two sets of hands involved on the Thai side, plus high level management at CIA. And all this was forgotten. Meanwhile, the press, Congress, and the american people played along with the game that there were some mumble mumble tapes of torture but mumble mumble some guy erased them and – oh – that’s it! There’s NO evidence of a crime at all, because the tapes were erased. It’s time to stop looking back and move forward, etc, ad nauseam. Oh, and by the way, the guy who ordered the tapes erased, works for the CIA again as a contractor[3]! Want to bet he got a pay raise? This is apparently par for the course: reports[4] that a former FBI agent, who later worked for the CIA, was disciplined for threatening to drill a hole in Abd al-Rahim al-Nashiri’s head with an electric drill in 2002, came back as a contractor. “Hey we’re going to have to fire you, LOL, but you can come back in and we’ll put you on the payroll of some beltway bandit and you can get a pay raise and stock options!” Meanwhile, the guy who ordered the tapes erased ordered someone to erase those tapes: someone who obeyed the order to destroy evidence of a crime. The people producing the torture report even know the name of the person who performed the erasures: a woman whose name remains classified because she is “under cover.” We know the names of the lawyers who gave Rodriguez (the guy who ordered the tapes erased) advice: Steven Hermes and Robert Eatinger. But the investigation just stopped. Remember the gigantic hue and cry over Hillary Clinton’s email server having some messages wiped? the FBI sure has its priorities straight – they turned over every stone on that one, didn’t they?

The secret state is too big and spends too much money to operate in a vacuum. After the Trump Administration’s apparent trial balloon about re-opening torture facilities, I was wondering what was publicly known about the existing ones. Jeremy Scahill, at The Nation[4] describes (it’s worth reading!) the CIA’s facility in Somalia:

Nestled in a back corner of Mogadishu’s Aden Adde International Airport is a sprawling walled compound run by the Central Intelligence Agency. Set on the coast of the Indian Ocean, the facility looks like a small gated community, with more than a dozen buildings behind large protective walls and secured by guard towers at each of its four corners. Adjacent to the compound are eight large metal hangars, and the CIA has its own aircraft at the airport. The site, which airport officials and Somali intelligence sources say was completed four months ago, is guarded by Somali soldiers, but the Americans control access.

Well, I was  bit insomniac and so I pulled up google maps satellite view and it took me only a minute or two to find the place: 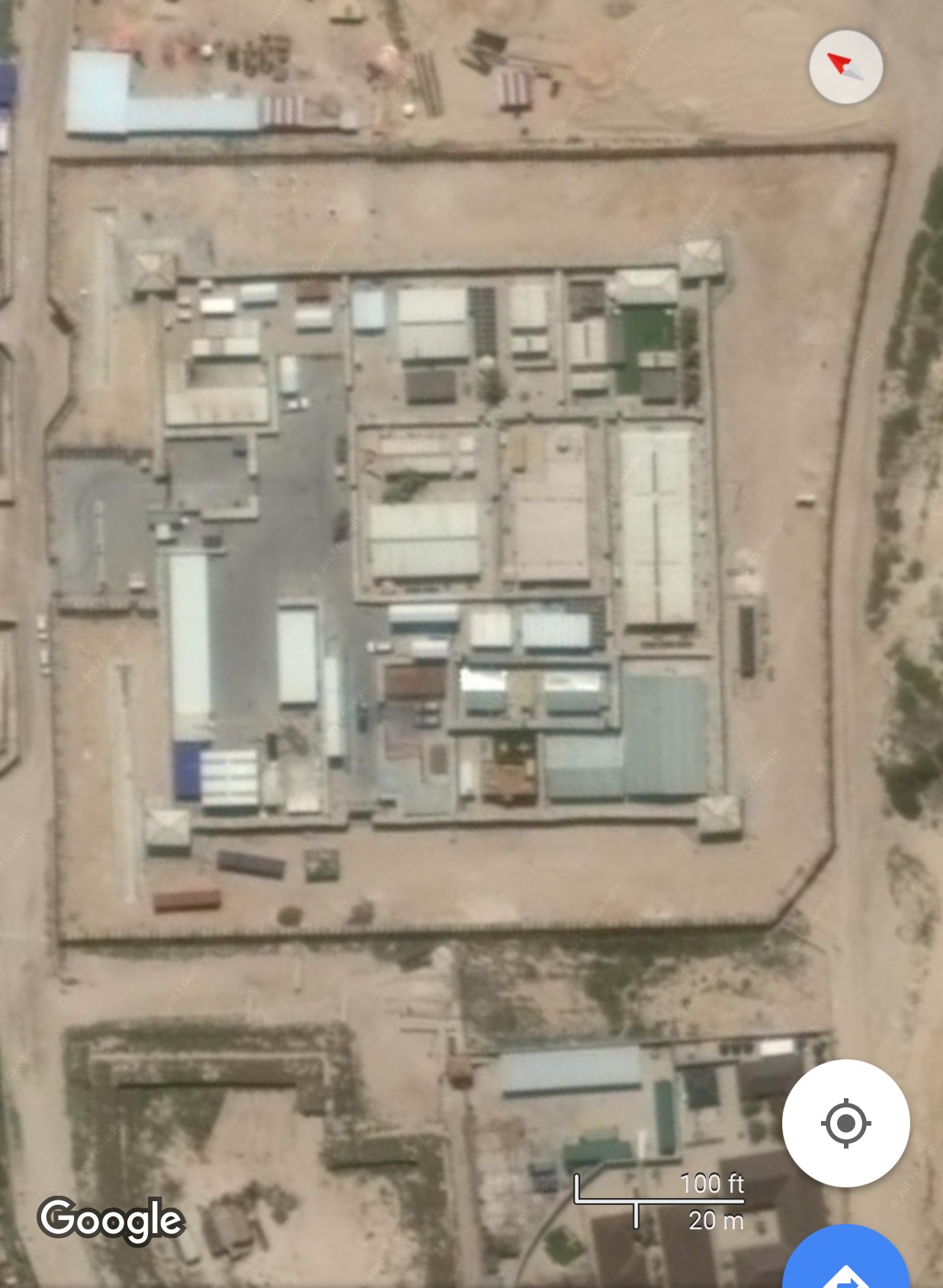 Nice curtain wall, clear fields of fire, double entrance with a crash barrier so someone can’t ram a truck-bomb through – this was not an inexpensive facility that was thrown up overnight.

Our tax dollars at work. Well, not the president’s because he doesn’t pay taxes.

I tried to find some of the other sites (e.g.: “Cat’s Eye”) but there’s not enough specific information other than that it’s “outside of Bankgok.” I find that funny because for someone to be that specifically vague they had to know that it’s not in Bankgok. I.e.: they probably know where it is, they’re just not saying. My bet is it’s near an airport, probably not civilian. Perhaps near Don Muang Royal Air Force base – unfortunately the terrain is pretty close and built-up there, a small castle like the one in Mogadishu’d be pretty easy to hide.

I found some other cool stuff from satellite images and snuffling around digitally. One thing you realize very quickly is that this is a really really big planet. Just scrolling around looking for something familiar is a huge waste of time. I’ll do a post eventually about some of the fun stuff I found last night