Jeff Bezos has just purchased the biggest house in Washington – a gorgeous $24 million textile museum designed by the great architect John Russell Pope. Plans are to turn it into a single family home.[1] 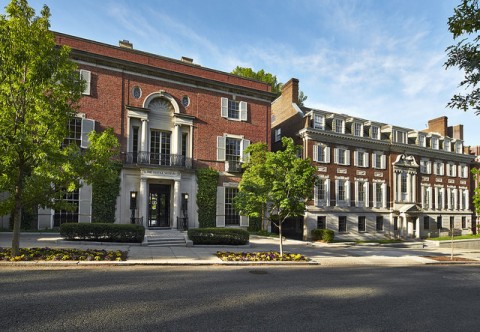 Nobody moves to Washington for the weather, the traffic, or the culture; the only plausible reasons could be that he’s also terrified of the Cascadia Subduction Zone or he wants to be closer to the seat of government. At 53, sixteen years into the company’s success, Bezos is probably not really doing much at Amazon.com except figureheading and coming up with goofy ideas like commercializing space. Seeing that Trump was able to win the presidency fairly late in life, perhaps Bezos is thinking there may be a third act in his American life.

The self-aggrandizing story arc of the hugely successful entrepreneur appears to be:

Mark Zuckerberg is apparently quite interested in politics. I wonder if Bezos is looking at Michael Bloomberg and Donald Trump’s wealth-based runs for office and thinking, “I could do better.”  The bar is low, now’s the time to vault over it, isn’t it?

I’m afraid these “welcome our new oligarch” postings may come fast and furious as the wealthy move to Washington, to slice up the power and privilege. Just having a house at the Hamptons or a fancy car doesn’t cut it any more: the way to show you’ve arrived is to buy a political appointment. Or a superpower. What scares me is that Bezos would look so smart, articulate, refined, and sensible next to Trump, authoritarian followers might flock to him. The people who’ve worked for Amazon.com might not be as happy. But now that capitalism has completed its leveraged buy-out of America.com, we’re just haggling about the price.

The new kids on the block will be next door neighbors to the Obamas, and some of the Trump/Kushner clan. At the first scare, you can bet a wall will be built around the neighborhood; maybe Mexico will pay for it.

Money is a portable form of power. As such, we should not be surprised when the rich want to wield political power. After all, once you’ve snorted all the coke you can handle, and crashed a couple lamborghinis, what’s left to do?

[1] Washington Post: Jeff Bezos is Anonymous Buyer of the Biggest House in Washington

Take a virtual walkthrough of the mansion

Monday Meslier: 34 – How They Take Root and Spread » « Fellow Travellers