A serious geometrician once spoke to us thus: Is there nothing in literature mode dangerous than sophist rheotoricians? 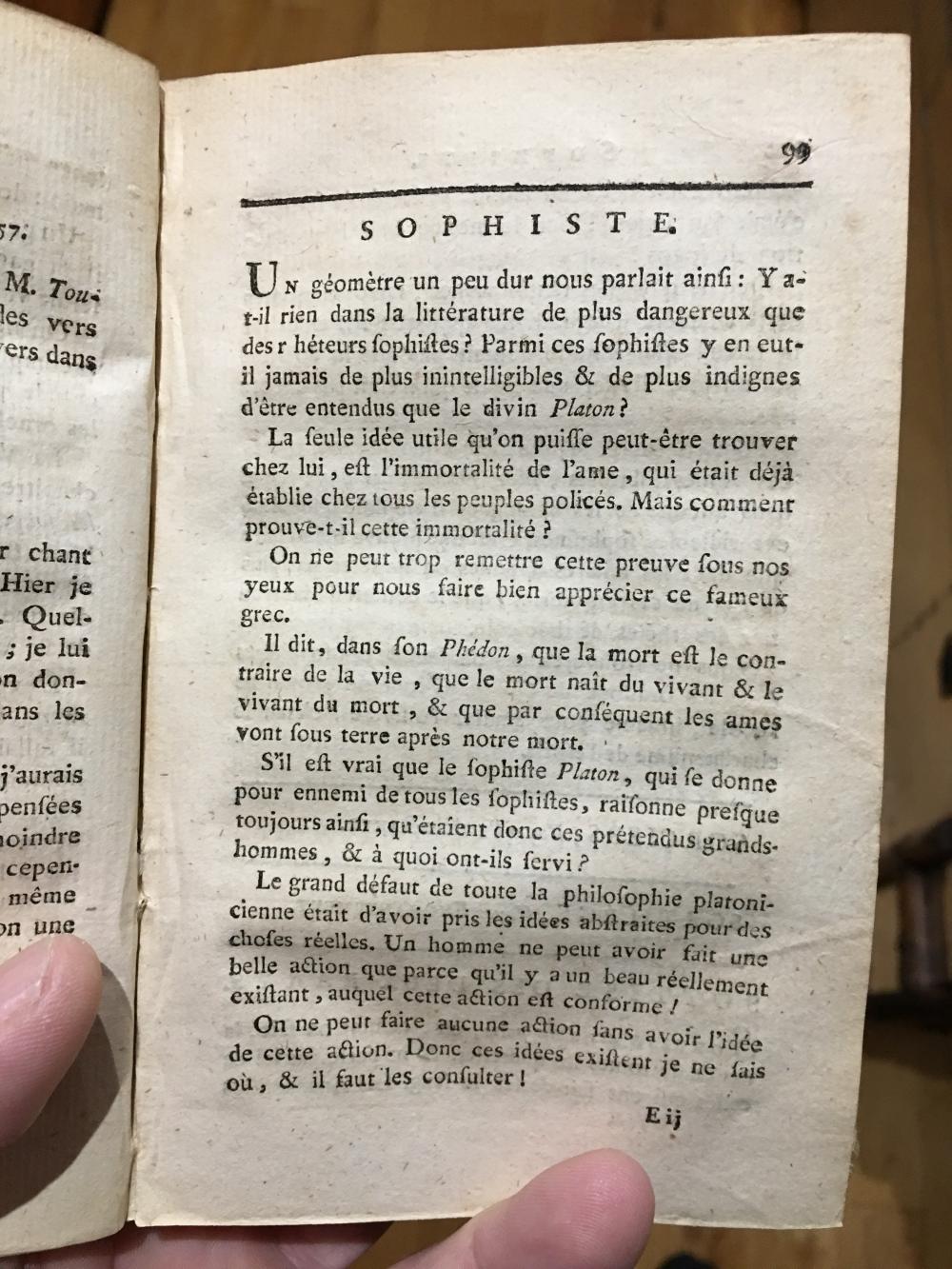 Among these sophists is there one that is not more unintelligible yet more eager to be heard than the great Plato? The only useful idea we can find with him is the immortality of the soul, which is already found among all the civilized peoples. But how does he prove this immortality?

We only have to examine the proof closely to truly appreciate the famous Greek.

Voltaire, here, is touching on one of the more embarrassing bits of Plato – his supposed “proof” of the immortal soul. Thousands of years later, people continue to insist that they have souls – presumably because their amour-propre cannot cope with the idea of the universe simply hanging up on them when they’re done.

Plato was a great philosopher, probably the greatest, but he was always trying to do two hard things simultaneously: teach people how to think like Plato (not a bad thing!) and present a consistent philosophical world-view and politics. I always noticed that, when he does that, he’s careful to shelter his own ideas behind his sock-puppet, Socrates. I admire and appreciate Plato immensely, but I always disliked that dodge – I think he knew that his claims to knowledge would not withstand skeptical challenge.

Gear is No Substitute For Competence » « I See What You’re Doing, Pennsylvania