“Aiming to open up access to space technology, protect Earth from cosmic threats and foster peace, proposals for a new space nation have been unveiled”

According the The Grauniad, there’s a new space scam afoot. A space nation, that’s not exactly planning to go to space. And it sounds extremely vague: they want to get 100,000 signatures and apply for nationhood with the UN; as if that is a real thing. Ask the people of Palestine how hard it is to become a state according to the UN, if you’re wondering. 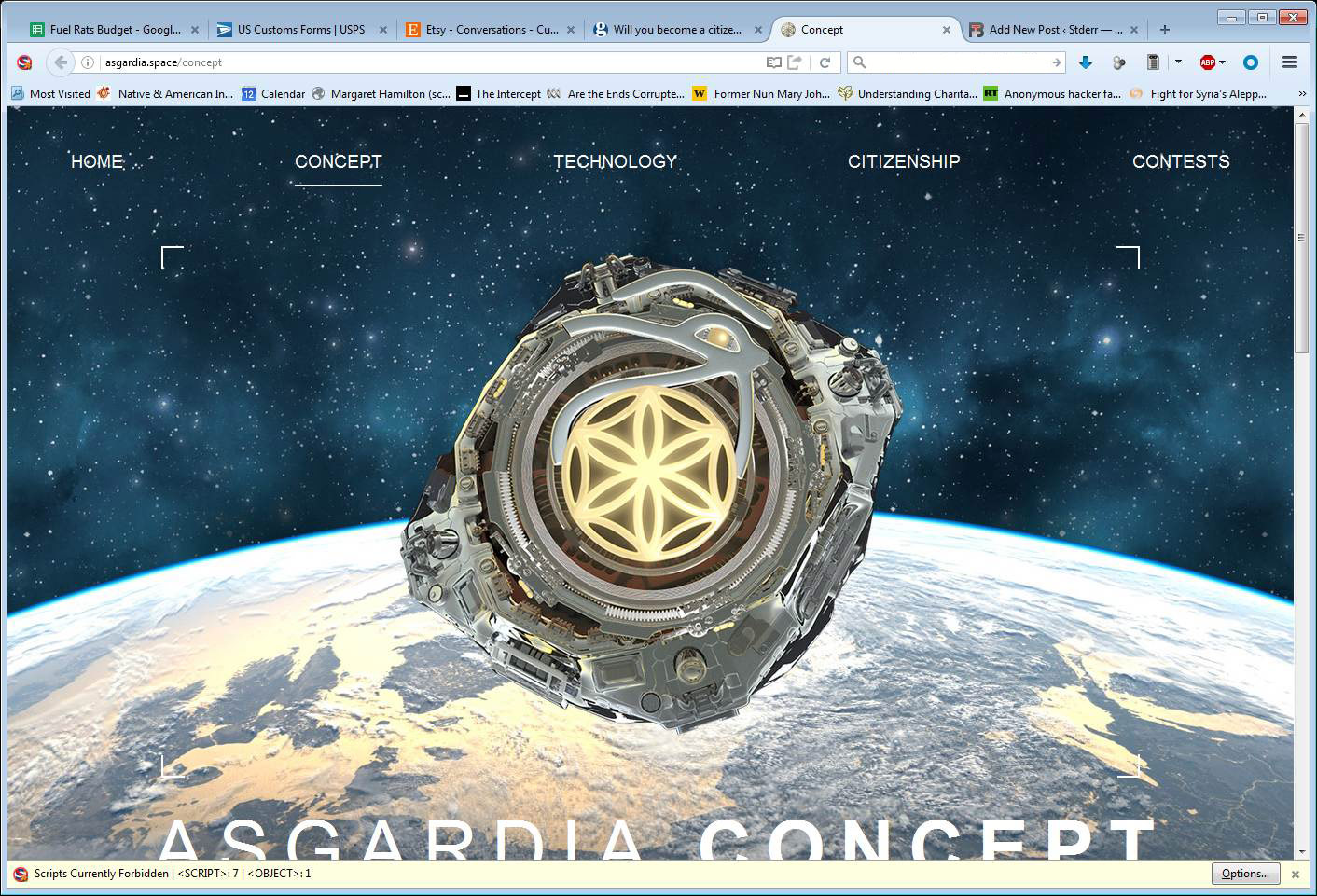 The Asgardia concept website is here. It claims to be wanting to launch its first satellite in 2017 – well, unless the image above is a really really zoomed-in picture of a concept satellite about the size of a golf ball, that’s not likely to happen.

Apparently they mistook Elite:Dangerous for a documentary. Or they looked at the huge amount of money that has been raised through a kickstarter for Star Citizen (about $60m) and thought “this ought to be easy.” 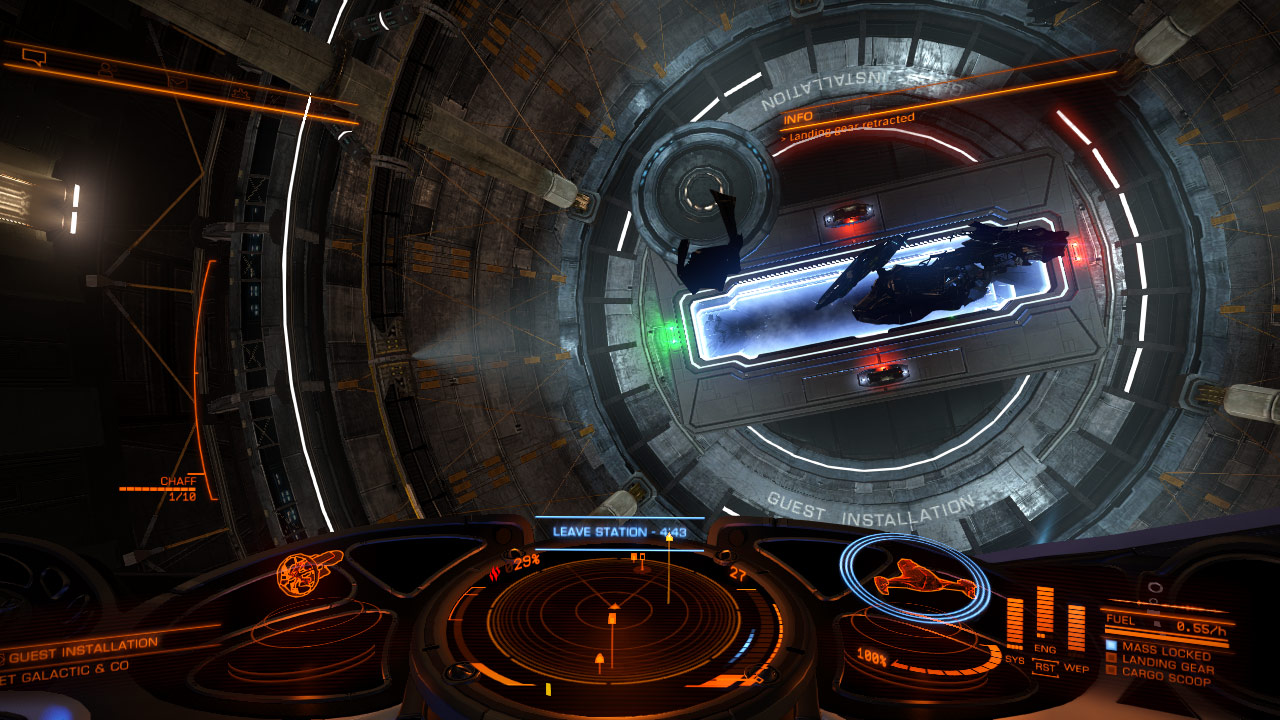 There will be traffic. Outside Guest Installation, the mail slot is jammed

In Elite, “ocellus style” stations are huge affairs with populations of millions, but it’s in a science fiction universe where you can mine asteroids easily and emergy and gravity problems have been “solved” by scooping hydrogen out of stellar coronas because, uh, gameplay. 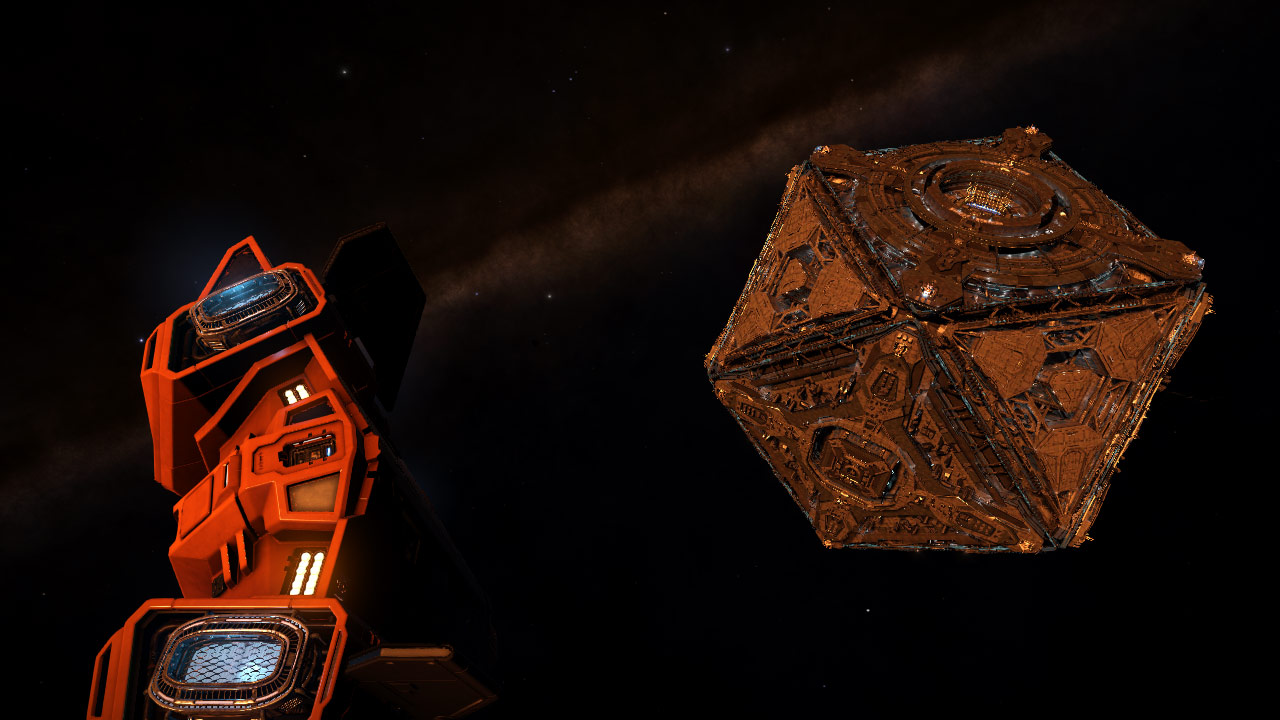 Approaching a station in M/V Longshot, CMDR Badger at the helm

I’m not trying to point any fingers but the Asgardiaholes appear to have lifted a lot of their idea from a game.  A game that plays so fast and loose with physics that it’s pretty much got as much to do with reality as World of Warcraft does.

Ascardia technology development will be an ongoing and evolving process supported by inputs from experts in different parts of the world, individuals and collective organisations.

I assume that means that they’re getting consulting help from the Raelians, or something. They should have asked the Elite: Dangerous players. Our screenshots are better. 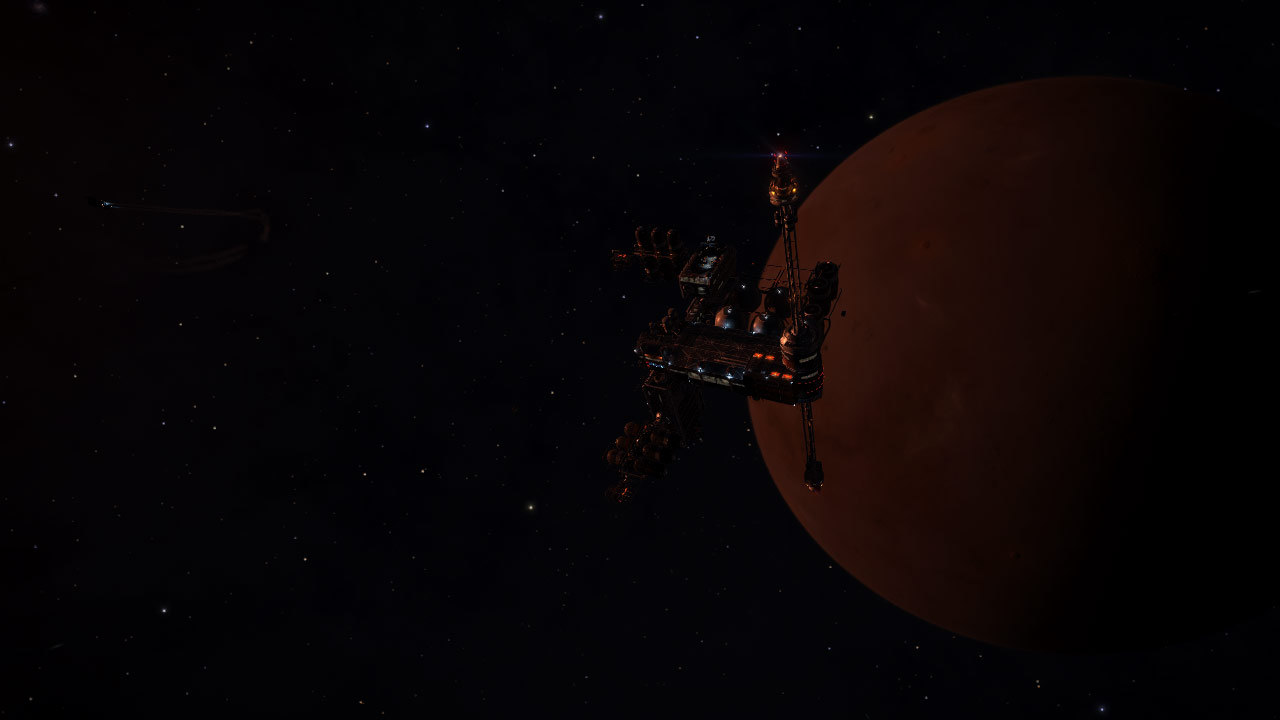 In the game universe of Elite, facilities like Hutton Orbital, above, are huge. See the lit landing pad center top? That’s the size of a football field. That orbital represents more mass than humanity has gotten out of Earth’s gravity well, by some large multiple. And the problem of humans surviving in space-biomes has been solved. Yay! At least in Elite’s fictional universe, we’re expected to believe that the metals and stuff are mined from conveniently placed asteroid belts and (mysterious fabrication-y stuff) the orbitals are assembled without having to haul buckets of stuff from a nearly planetary surface.

You are, however, encouraged to submit your design for the Asgardia Flag.

National Flag of Asgardia should symbolise its values and aspirations as described in The Concept.

Please submit your design and a brief explanation.

The contests is open to anyone. Everyone is invited to vote on the submitted entries.

I would have hoped that such forward-thinkers would have avoided nationalism entirely. Since their idea is that Any human living on Earth can become a citizen of Asgardia they have, more or less, declared their intention to bypass Earth’s system of nationalism.

Once the laughter dies down, I wonder if this is a tax dodge. Maybe Asgardiaholes is going to be the non-orbital virtual Grand Cayman of the sucker of the future. 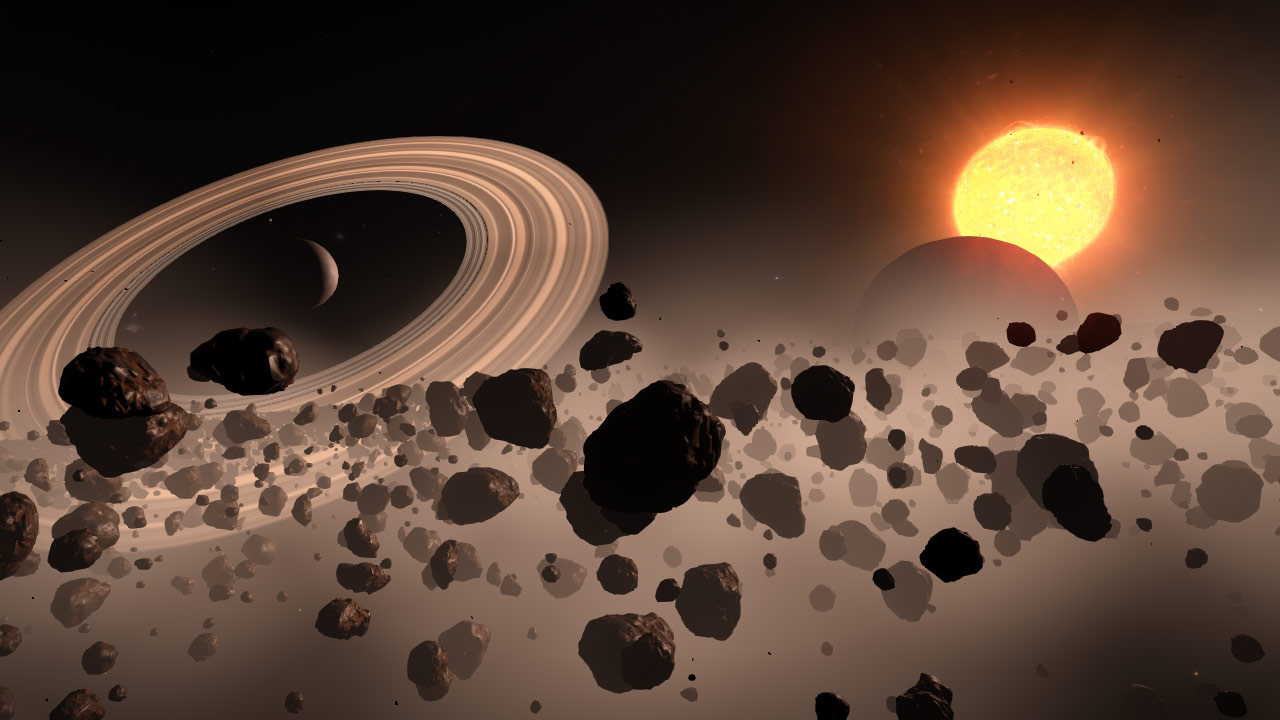 Asteroid mining on the edge of two improbable planetary rings

The universe in Elite:Dangerous is procedurally generated – a really clever trick in which you make all the random “dice rolls” from a single seeded pseudorandom-number generator. That way you don’t actually have to store anything except player data, since all the “dice rolls” roll the same every time and everyone gets the same universe.

Frontier Developments, PLC, that wrote Elite, did try to make the “Stellar Forge” model pretty good; things are sort of mostly where they belong according to our current understanding of solar system dynamics. Sometimes you get oopsies like the one above, and – inevitably – players like myself post screenshots of “Oh look two planets with intersecting rings! That would be really cool-looking from a distance!”  I once found a star with a planet orbiting right on its corona. The game didn’t render that very well, I think the real scene would have looked pretty dramatic indeed.

This is a pretty cool video a fellow did by rendering all the Elite:Dangerous assets to scale.