Back when the National Geographic “Genographic” program kicked off, I did it (2005) and it was – interesting. It confirmed, for me, stuff I already thought I knew, which was pretty good. I have long since lost the access code for my sample so I can’t check their database any more.*

Last year I did the “23 and Me” version, which appears to be trying to do more interesting things with the data. They’re supposedly looking for genetic linkages with all kinds of behaviors and outcomes. Anyhow, after my posting on “pure blood” I thought I’d dump some of my personal medical records to the internet, in the form of my National Genographic data.

From the 23andme dataset I learn that I can detect the smell of asparagus; I already knew that. And it was right that I have light-colored eyes; my mirror did not lie. 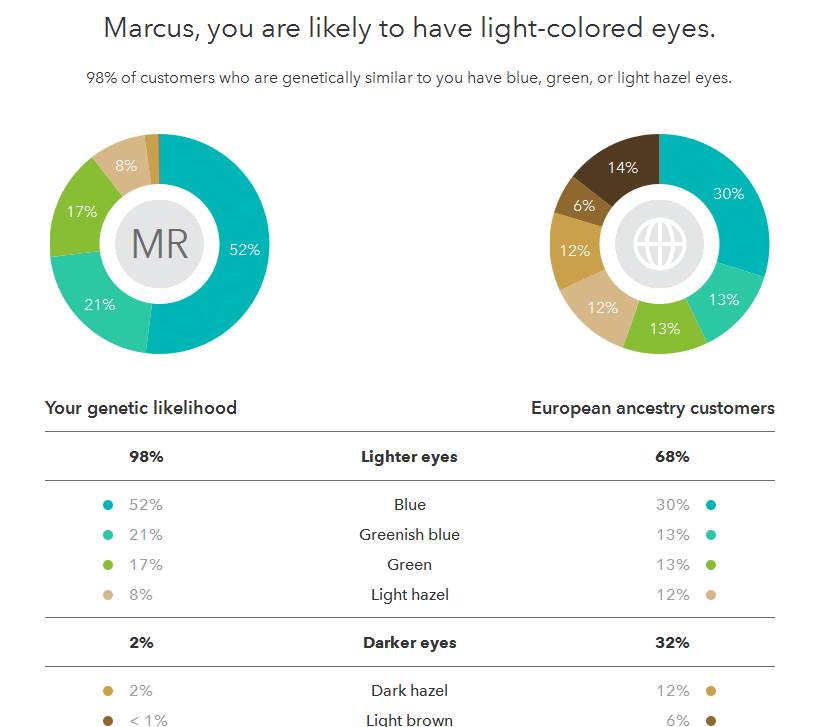 It’s pretty cool. It has a bunch of stuff like hair color, texture, pattern baldness, yes I have a hairy back, etc – all of which came out right on the money. I am tempted to do a spit sample from a random complete stranger and see how accurate it is (but how would I know they’re not lying?!?) 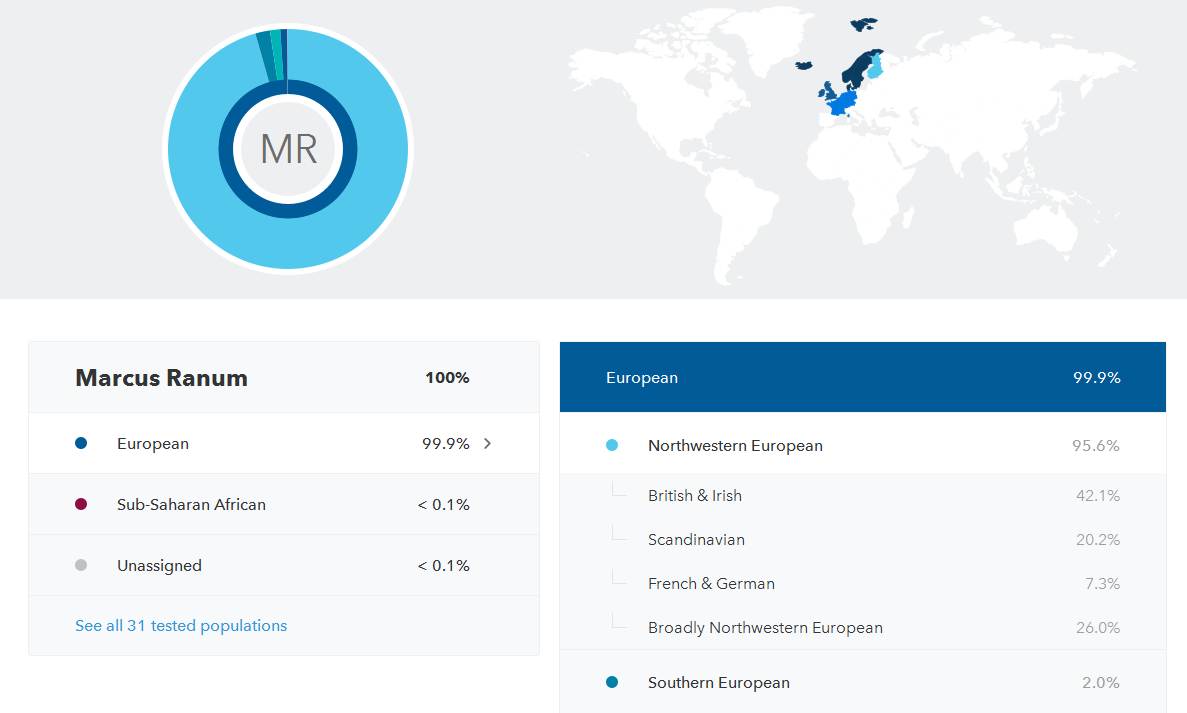 I combined the heat-maps of mom and dad’s haplogroups using the magic of photoshop:

I imagine that some people who do these tests receive a bit of a shock. So do the folks at 23andme:

Some of you are probably wondering if 23andme does a check for your Ghenghis Khan quotient. For a while they used to they say they do, but I contacted support and now that feature is covered under “relatedness to named people”. So if I knew 20 people who were all descended from Niall of the 9 hostages, I’d show a degree of relatedness and I might be able to figure it out that way. I’m a bit suspicious: the information is hidden in their database, I am guessing they turned off the feature because too many white supremacists found out they were descended from the greatest conqueror the world has yet known (but he’s not white)…

But here’s the one I really like! The one that doubtless makes superior Euro-centric racist nazis cringe:

(* They had a card-based system, where you sent your sample in and retained a torn off “key” so you could check it later. I did it in 2005 and searched my email archives and I’m happy to say that the key never got exchanged in email, so I am effectively locked out! That’s actually good design and makes me happy – no “last 4 digits of social security #” nonsense..)