Monday, I set myself on fire. It wasn’t too bad, but it was definitely not any kind of good. My face felt sunburned for a couple days,  and my mustache was all crispy. My eyebrows are still OK, along with my eyeballs, but my bangs are gone. I got my arm up and covered my face (put it out) pretty fast.

I’ve been dealing with this problem with the monster forge: thermal mass. Basically, I made it too big and heavy. Heating all that cement and steel takes too long and there appears to be a maximum in effect – if I had a smaller cavity with better insulation I’d expect to hit welding temperature pretty quickly, but the monster forge just gets very hot and stays there. One problem, I think, is that the fan is blowing cool air in, which is not helpful. But the pressurized air architecture results in cooling, although the propane burns well, and the effect of a “thermal death beam is significant. Standing anywhere near the forge opening doesn’t just get hot, it sets you on fire. That kinda sucks. My old Chili forge made welding temperature easily, but only put out enough waste heat that it went straight up and didn’t bother me. 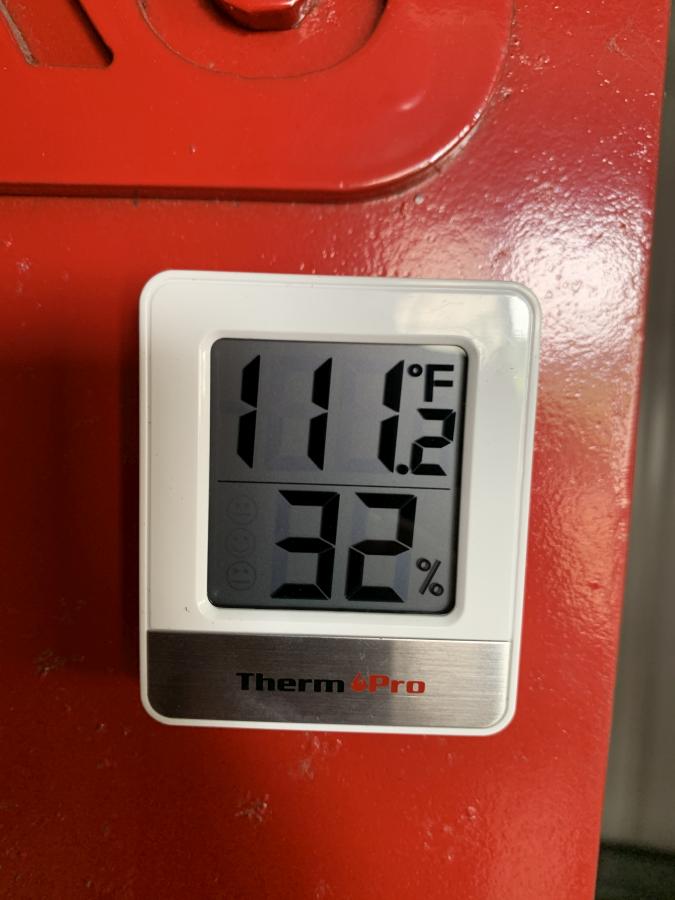 With an ambient temperature around 111F, I was sweating off gallons of water, even though I was standing in front of a fan blowing cool air in from the outside. That was – unacceptable. There are possible health consequences in additional to “set self on fire” which was a concern. I was having no damn fun at all trying to reach in and grab things in all that heat. The smell of “overheated welding mitts” is a warning. 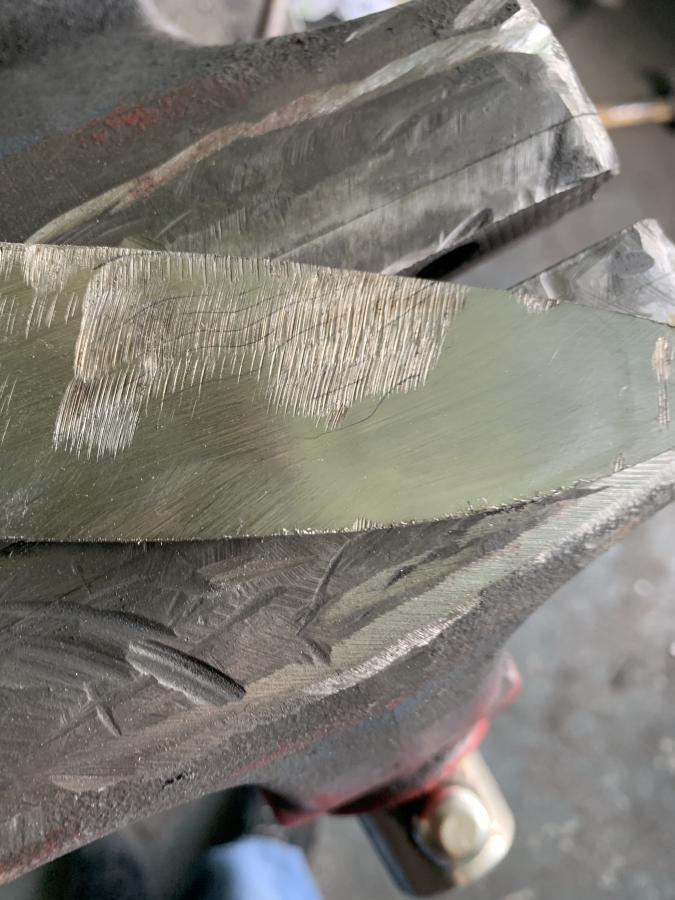 Here’s what happens to a stack of twist damascus when the welds on the twist don’t take. You can’t grind past them because they’re pretty deep. If you have a bar of twist up around welding temperature, those parting-lines don’t happen – they just weld shut from the pressure of the twisting. So, basically what you’re looking at, above, is a bar of garbage. Some of it’s OK but some of it’s not and no bladesmith in their right mind is going to bother figuring that out. Into the bin with it. 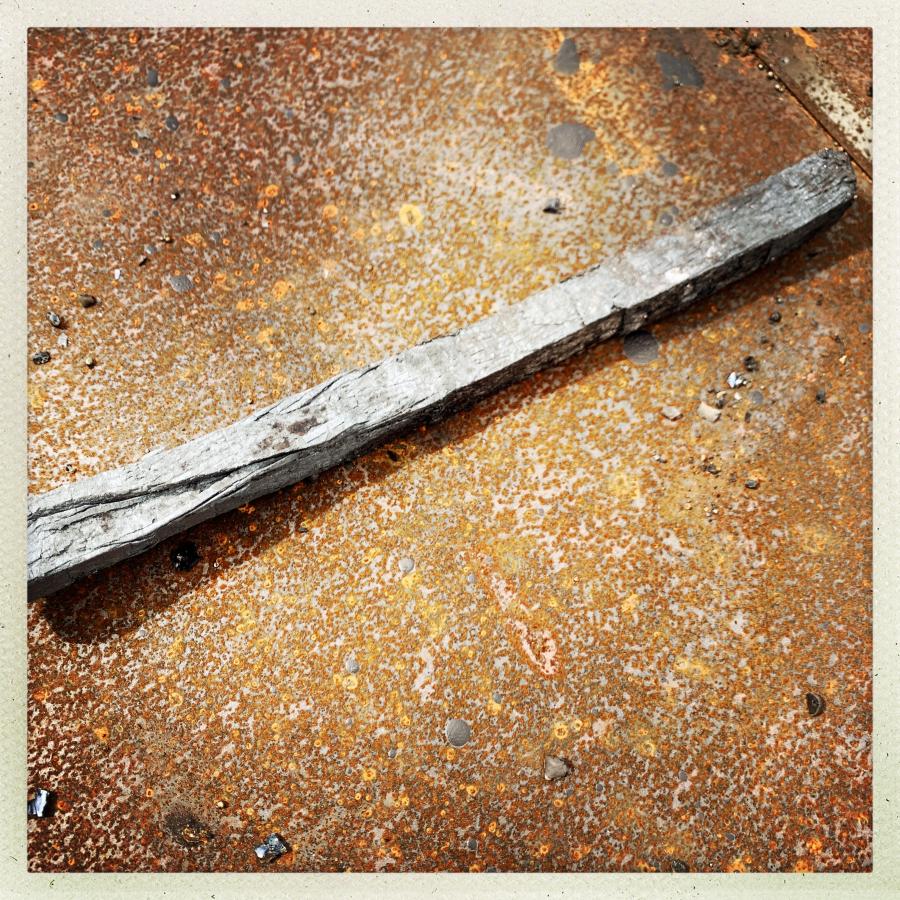 Then there was the wire rope test. That “bar” looks bar-ish but it’s not. If you whack it on the anvil when it’s cold, it makes a dull thwack instead of a ping. That is not a good sign, at all.

Option 1: continue f’ing around with the monster forge, trying to get a few hundred degrees more heat
Option 2: get a smaller forge like my old Chili forge, and stop fighting the situation

I called the folks at Chili, and they’re going to be pushing a bunch out the door in September and now I’m on the list and I can get back to doing worthwhile stuff instead of messing with the monster. An important part of succeeding at things is knowing when you’ve failed, so you can pursue another angle of attack. It’s weird how some gear shifted in my mind and I started looking at the monster forge and thinking “uh nope. Too much thermal mass.” While I was building it, I did have a little voice in the back of my mind going “too much thermal mass?” the whole time and it appears that was right. When I look at what succeeds it’s:

I’m mad at myself for going too far over the top, but that’s one of the inherent disadvantages of being me: I tend to do that. If you’re a person who does that, you probably understand that sometimes it’s a cost of doing business that you need to amortize and move on from. 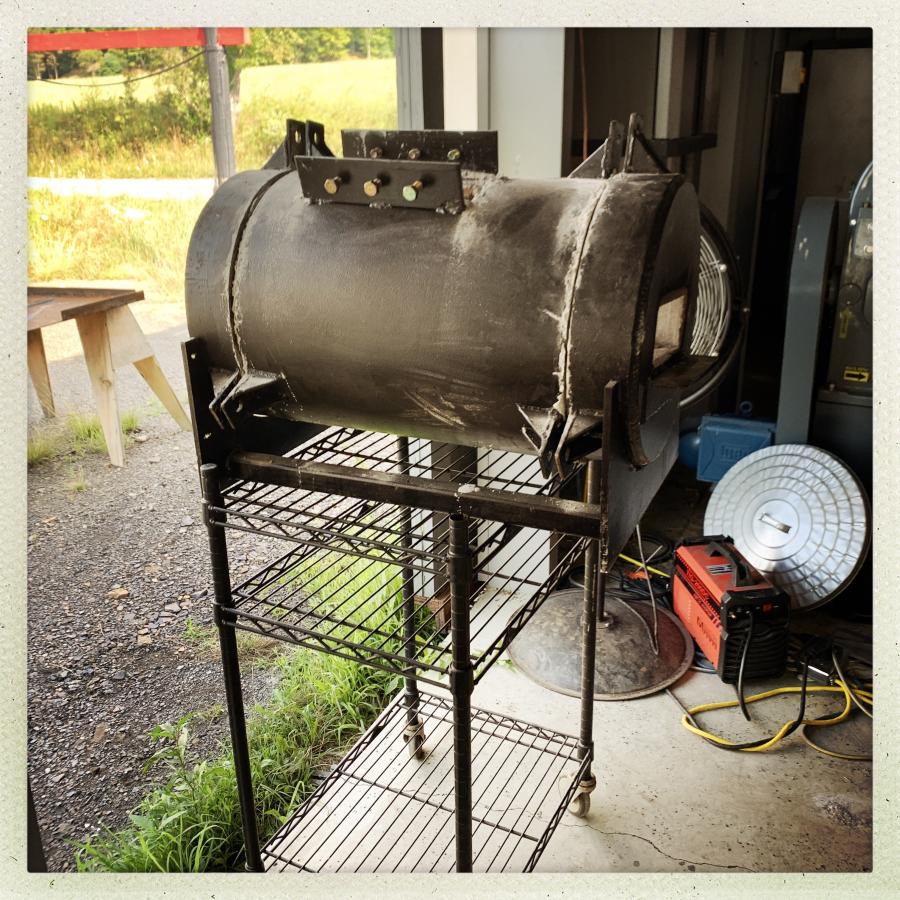 So, what to do with a 300-lb paperweight? Well, I had some practice moving it from before, so I lifted it with a come-along, lowered it to my wheeled shop cart, and pushed it to the door. Then, it fell over. Wisely, I got the hell away from it and all it did was make a big THUNK. It’s the kind of thing that would do serious damage; I was wearing steel-toed boots for the occasion, but I was able to dance out of the way. By the way, a bit of advice regarding moving heavy things: always plan your escape-route. Keep it updated as you move. You don’t want to find your path blocked and get crushed against something. In fact, I completely cleared the whole area so I could back up my pickup truck and also get out of the way of anything falling. When it fell, I put a tow strap over an I-beam in the building’s frame, lifted it about 4 feet, and gently lowered it into the truck bed.

Then, it was off to Novey’s scrap-yard, where you can get $5 for a chunk of steel that big. I didn’t care about the fiver, I just never wanted to see the thing again. Noveys is an interesting place, but I really didn’t feel like hanging around. Me and a guy who works there threw the forge body into a pile of other broken imaginings.

Related/unrelated, I have a big piece of steel plate that I’ve been using as a welding table and practice piece. I’ve gotten fairly OK with that stainless flux-rod, and now I can write letters in stainless steel on other metals. The left lines are a bit wobbly, I know, but it is what it is. 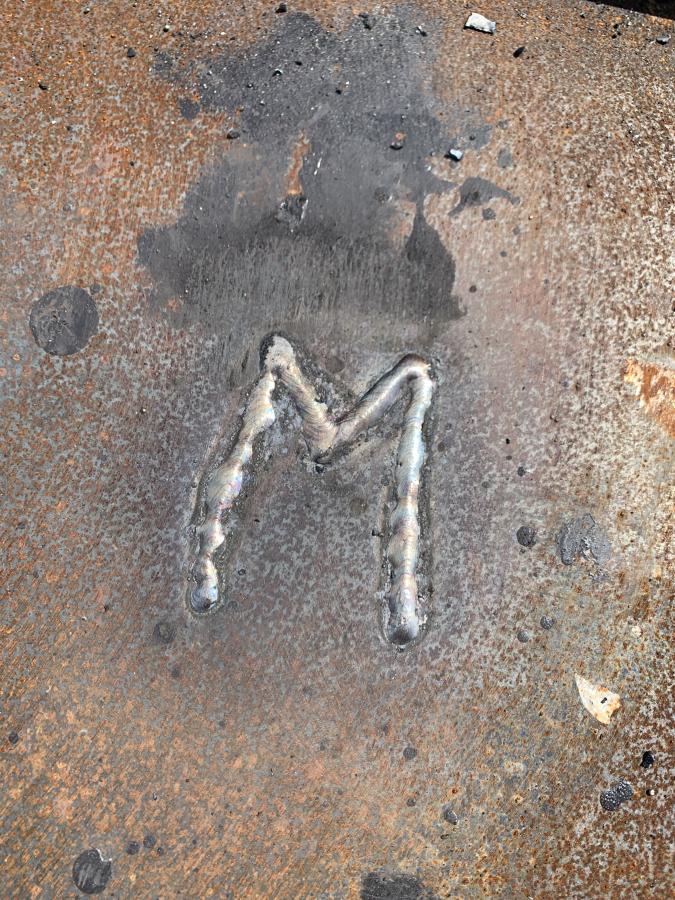