My experience with LSD taught me an unsettling thing: it’s so mind-reversing that there is a tendency to proselytize the stuff. It can be transformative, for some, though for me it just made the music fantastic.

For authoritarians, who initially embraced LSD, it was a weapon, potentially a weapon of mass distraction. The CIA did some horrific experiments on unaware subjects including one fellow who was dosed with a heavy dose and killed himself by jumping out of a window, thinking his brain was broken. The “brain broken” story doesn’t exactly line up with other aspects of the incident – namely, that the subject had witnessed CIA interrogations using LSD. He almost certainly would have known what was going on, so the official story is suspect. [Frank Olson] In fact, the CIA got up to its usual shit, intent to secure its position as the world’s foremost proponents of torture and state-sponsored terror:

That was part of a program called MKULTRA, [wik] which was intended to “deprogram” people and ideally create “manchurian candidate” scenarios or interrogation drugs that would help the FBI crack open “radicals.” I assume they meant anti-war and civil rights protesters, not KKK members because that’s the threat the FBI was modelling.

Sometimes, when I see anti-vaxxers touting their bullshit, I spare a thought for the hard-working assclowns at the CIA who irresponsibly helped create the memes that have helped blossom into anti-vaxxer fears. It seems undeniable, to me, that the anti-vaxxers who are worried about micro chips in vaccines are unaware that they are channeling old CIA memes and I think that, if they could have done it, it would have been the FBI running around “chipping” people, not Bill Gates’ foundation. 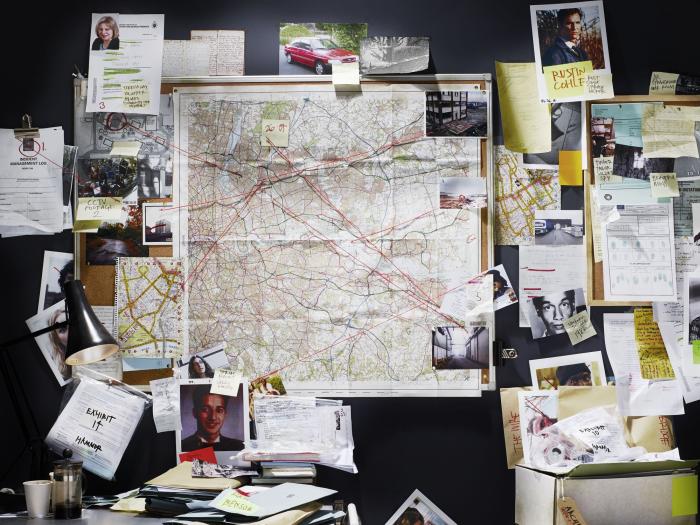 There’s a lot to loathe about MKULTRA, including the cheerful involvement of psychiatric and psychology professionals in what can only be described faintly as “a breach of medical ethics” but what is most unsettling to me about these stories is the cheerful way that governments immediately and eagerly grasp at anything they can get their hands on that might possibly be useful as a weapon. The folks who were handling the medical side of MKULTRA were, of course, the bio-warfare specialists at USAMRIID, Shiro Ishii’s home away from home after WWII. USAMRIID is, not coincidentally, the source of the US Army’s new COVID-19 meta-vaccine. If you want to draw circles and arrows and build a detective’s wall, a lot of the arrows point to Frederick, MD and Porton Down in the UK. It’s funny, to me, that there is a real conspiracy right before everyone’s eyes and everyone more or less turns away and shuffles off because it’s the sort of thing that governments get up to when you don’t tie their hands and watch their budgets closely. It’s a source of dark amusement to me whenever the US starts waggling the finger of righteous blame at Iran, or Syria, or whoever about “weapons of mass destruction” when secretly building weapons of mass destruction has been a main focus of US policy since shortly after it appeared that weapons of mass destruction might be possible.

The mental wounds that programs like MKULTRA left will keep weeping drops of information for a very long time, and we should not be surprised when new bits of filth drop into the public’s ken – that will continue more or less forever, so long as governments are able to act in secret. I used to get excited when some new puzzle-piece dropped but now I just shrug, “it figures.”

This one landed in my inbox the other day in the form of a video on youtube, naturally. Then, I had to research back to make sure it was authentic, etc. It is. The story is here [independent] but start with the video:

My first reaction, of course, was, “HEY THAT GUY HAS A GUN.” Because giving people with guns a fat dose of LSD isn’t just smart, it’s “army smart” [as we used to say when I was in the army] i.e.: incredibly dumb.

The darker part of the whole story, of course, is that they didn’t just give doses to soldiers and let them cosplay in the woods, they also tried to use LSD to break peoples’ minds in order to gain compliance. It’s always about gaining compliance for authoritarians, isn’t it? They know that they don’t have any good argument to get people to obey voluntarily so it’s always some kind of force or sneaky maneuver to get around people’s will.

Donald Webb recalled how as a 19-year-old airman in 1953, he volunteered for what he thought would be a “cushy number”, only to be given LSD several times over the course of a week, suffering nightmarish hallucinations: “cracks appearing in people’s faces, you could see their skulls, eyes would run down cheeks … You could see things growing on you.”

Webb, who said he suffered flashbacks for ten years, was given compensation along with two other ex-servicemen in 2006, although the Ministry of Defence made no admission of liability.

Even more sinister than the LSD “truth drug” experiments, was Porton Down’s use of servicemen as human guinea pigs for testing nerve agents.

“Flashbacks” are interesting phenomena, and I usually assume when I see someone talking about them, that they haven’t ever actually tried LSD or strong psychoactives, or they would understand that “flashbacks” are just over-imprinted memories that are very strong, like you get with PTSD. A moment of fear frozen in time with a big dose of adrenaline can also imprint permanently. For my part, I describe my experience with “flashbacks” below the bar, but it’s been entirely pleasant. The problem the soldier(s) had was that if they had memorable unpleasant experiences while their brains were jamming with neurotransmitters on overload, those memories get laid in with surreal vividness and yes that can be a problem if you’re reliving something scary or painful frequently.

Let me try a different angle on these experiments: the government was searching for an alternative to traditional torture. In fact, I’d bet $1000 against a stack of donuts that somewhere someone said “it’s better to extract a confession with LSD than to simply beat them with a stick.” Which, according to Olsen, the CIA was also doing. There is strong evidence that the CIA experimented with tying someone to a chair, disorienting them with scopolamine and LSD, then hitting them with a stick or a cattle prod. Leopards don’t change their spots, and the CIA has never been subjected to anything even remotely like a house-cleaning for its crimes. In point of fact, Gina Haspel, who oversaw the torture chamber in Thailand where Abu Zubayda’s eyeball somehow went missing, eventually became the CIA director. Congratulations on breaking that glass ceiling, Bloody Gina!

It was researchers at Porton Down who identified that the toxin used by Russian agents to poison Sergei and Yulia Skripal was novichok. Sounds like some “purely defensive” research on weapons of mass destruction is still going on in merry old England. Imagine the squealing and shrieking if Iran was making stuff like that.

My first trip involved 2 hits of vintage 1960s Owsley acid in San Francisco (of course!) in which I went to a techno nightclub and wandered about feeling very odd as the stuff hit. The speakers started pulsating like they were in a cartoon and I couldn’t tell if the fog from the fog machine was a problem with the surface of my eye, or just fog. I started getting sensory overload, and I took a cab back to my friends’ house where I was staying then curled up on the couch for a bit. But then I remembered that he had this amazing sound system (no, really: 500 watt/chan Carver amps each driving an Acoustat electrostatic speaker, and a great big Tannoy stadium speaker used as a sub) and I fired it up and searched for a CD to play. As it happened, there was already a CD in the player – the Telarc Digital recording of Mozart’s Requiem. So I wound up lying on the couch, hypnotized in a loop, and listened to it over and over until I memorized every note. When my friend got home all he said was, “good thing I hadn’t left Looney Tunes on the player.” That was 1997 or so, and I am still imprinted with that piece of music and can resume a trance state in it at any time.

Abu Zubayda’s eyeball may have gone missing at the CIA black chamber in Poland. We don’t know and probably won’t, which says a lot about something. What’s nuts about that whole situation is that Abu Zubayda isn’t saying, either, because he’s still where the CIA can get at him and they’re never going to let him walk free with the experiences he has had. If they could, they’d erase him like they did the tapes of him being tortured. You know, the traditional form of memory erasure that comes in size 9mm kurtz.

Gina Haspel’s support for CIA director was fairly bipartisan. Joe Biden, naturally, followed Obama’s lead and, you know, we tortured some folks and that’s not what we are, but we have to move forward not back blah blah blah.

Open Thread: The End of The World » « Hearts and Minds