It started around 2:00pm and came down in gusts, thick and wet.

When I moved to Pennsylvania in 2001, the first winter on the farm was awful – extended periods of -5F with hard winds blowing the snow into huge drifts. I thought I had made a horrible mistake. Since then, though, the winters have been getting milder! Go figure.

The polar vortex upset, however, has brought some odd weather here. A couple years ago there was one week where everyone’s pipes froze, except those who learned from Minnesotans that you keep a little dribble going (and put heat tape around the pipe where it comes into your building) I spent an unhappy morning on my hands and knees gently warming a pipe with a blowtorch. I wonder if this winter will be a weird one or not? Usually we don’t get first snow up here until December. 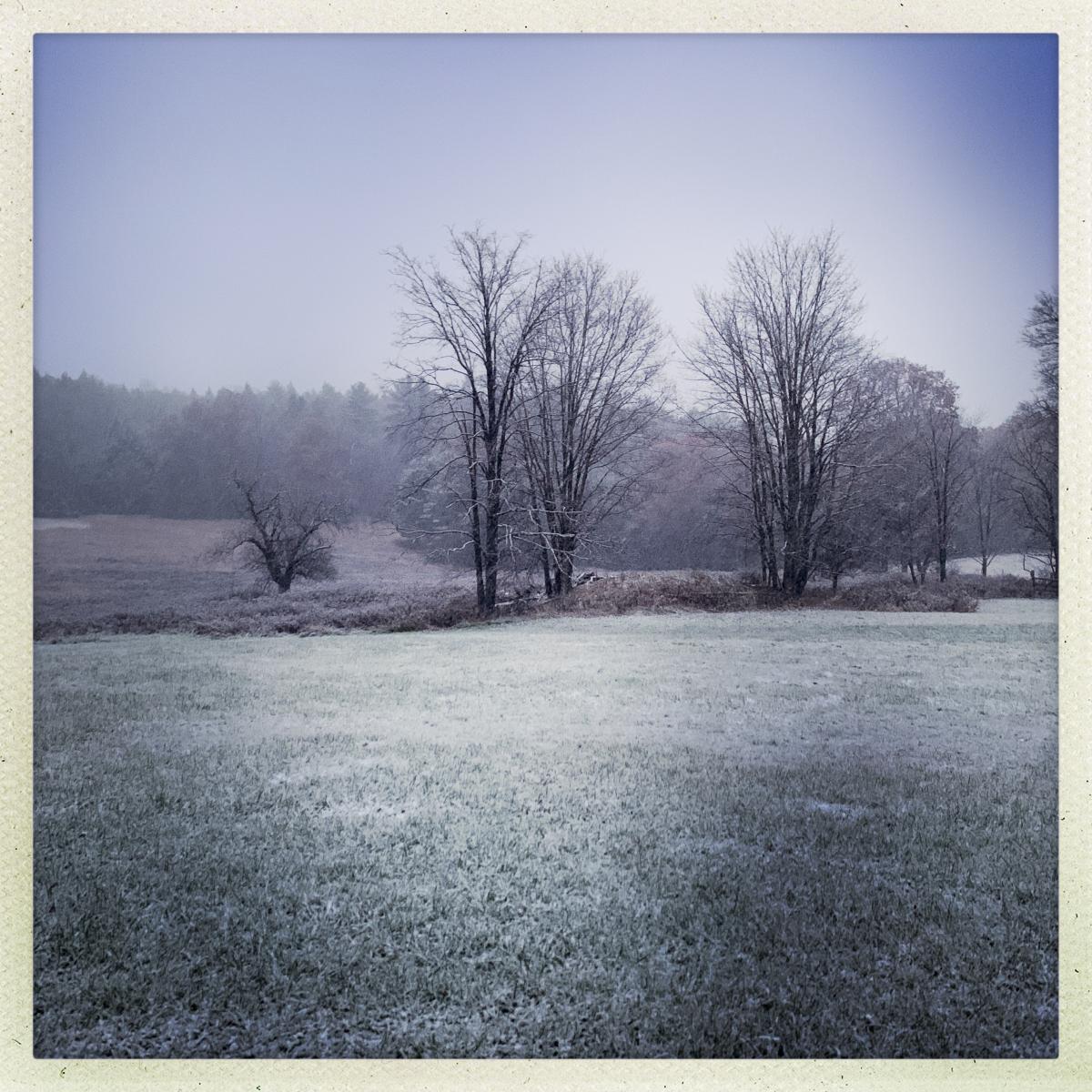 Sunday Sermon: The Kyle Rittenhouse Verdict » « Inside the Sausage Factory