When I encounter wildly different perspectives, I freeze in place like the proverbial rabbit in headlights. My brain just locks up for a couple seconds then starts running furiously trying to re-establish some kind of understanding of what’s going on. Sometimes, I reach for meta-understanding, i.e.: “I don’t know what’s going on but this is really messed up.”

In a comment [stderr] on my “Sick of 9/11” posting, Commentariat(tm) undercover drone pilot Geoff Arnold included a link to an article that is one of the bleakest things I’ve ever read. It drips with truth and reads like a mouthful of cold dust from Afghanistan’s stone ridges. I’m serious. If you’re prone to being depressed about politics, maybe you should give it a miss. [NewYorker]:

Around dawn, Shakira stepped outside, and saw that a few dozen families had taken shelter in the abandoned market. It had once been the most thriving bazaar in northern Helmand, with shopkeepers weighing saffron and cumin on scales, carts loaded with women’s gowns, and storefronts dedicated to selling opium. Now stray pillars jutted upward, and the air smelled of decaying animal remains and burning plastic.

When some puffer-fish Washingtonian blurts a bunch of stuff about “Afghan women” they need to read that article, repeatedly. Briefly: the US and its coalition buddies lost the hearts and minds war because they kept blowing up people’s children and husbands, and Afghan women had to watch a generation of young men turned into soldiers. I hate to say this, but it’s probably a standard woman’s lament going back to before the bronze age (“Rome? What did Rome ever do for us?”) but that’s also the point. The great modern US war machine managed to forget the underlying truth of war, which I used to snarkily promote by asking as a comment, “just how much do you have to bomb someone to make them love you?”

A week or so ago, I posted a bit [stderr] regarding an article in the sloppy mouthpiece of the war state New York Times, written by General Sami Sadat, one of the regional commanders of the Afghan (government) military. You can read it [here] if you wish to.

For the past three and a half months, I fought day and night, nonstop, in southern Afghanistan’s Helmand Province against an escalating and bloody Taliban offensive. Coming under frequent attack, we held the Taliban back and inflicted heavy casualties. Then I was called to Kabul to command Afghanistan’s special forces. But the Taliban already were entering the city; it was too late.

I tend to understand why Nietzsche saw everything people say and do as self-serving, unless it’s outright cowardice. One does not ask whether the Taliban’s actions are justified or perhaps even less immoral than the actions of the coalition – one just assumes that they are evil because we’ve been told over and over that they are. But when you read the Afghan woman’s account, you realize that her experience of American “help” was usually in the form of an explosion followed by a funeral:

In the distance, the earth suddenly exploded in fountains of dirt. Helicopters from the Afghan Army buzzed overhead, and the families hid behind the shops, considering their next move. There was fighting along the stone ramparts to the north and the riverbank to the west. To the east was red-sand desert as far as Shakira could see. The only option was to head south, toward the leafy city of Lashkar Gah, which remained under the control of the Afghan government.

The journey would entail cutting through a barren plain exposed to abandoned U.S. and British bases, where snipers nested, and crossing culverts potentially stuffed with explosives. A few families started off. Even if they reached Lashkar Gah, they could not be sure what they’d find there.

This is also the timeless experience of civilians caught in a war: the grand strategies of the opposing sides are lost in a blur of trying merely to survive. To the individual civilian who has had their home turned into a war-zone, both sides are the enemy. They just want the fighting to stop and for the men with guns and helicopters to go away.

But that’s not the point of this posting; Sami Sadat also crops up in the article about the Afghan women.

An official with an international organization based in Helmand said, “When the government forces lose an area, they are taking revenge on the civilians.” The helicopter pilot acknowledged this, adding, “We are doing it on the order of Sami Sadat.”

From Washington, General Petraeus looked like a pretty cool guy. There were lots of hagiographies published about him until the intelligence state saw him as a poltical threat and destroyed him by outing his extremely inappropriate chat sessions with a journalist. Good riddance. But Sami Sadat, in his piece in the NYT, sounds like a pretty serious fellow – he’s trying to hold Afghanistan together. Yet it sounds increasingly like maybe he’s the kind of general who’d utter the immortal words of Peter Arnette’s un-named Major: “we had to destroy the village in order to save it.” [quote]

General Sami Sadat headed one of the seven corps of the Afghan Army. Unlike the Amir Dado generation of strongmen, who were provincial and illiterate, Sadat obtained a master’s degree in strategic management and leadership from a school in the U.K. and studied at the NATO Military Academy, in Munich. He held his military position while also being the C.E.O. of Blue Sea Logistics, a Kabul-based corporation that supplied anti-Taliban forces with everything from helicopter parts to armored tactical vehicles. During my visit to Helmand, Blackhawks under his command were committing massacres almost daily: twelve Afghans were killed while scavenging scrap metal at a former base outside Sangin; forty were killed in an almost identical incident at the Army’s abandoned Camp Walid; twenty people, most of them women and children, were killed by air strikes on the Gereshk bazaar; Afghan soldiers who were being held prisoner by the Taliban at a power station were targeted and killed by their own comrades in an air strike. (Sadat declined repeated requests for comment.)

Sadat’s piece in NYT says that Afghanistan was betrayed, by a coalition that pulled out after it had gotten a bellyful. A bellyful of that kind of stuff. The implication of the New Yorker piece is that Sadat was not just a general, he was a war profiteer. I’m not sure if we should be disgusted by that, any more – aren’t all the higher ups in a war profiting somehow? If not financially, in terms of personal aggrandizement and the big hats with braid that they get to wear when there are no snipers arond?

The day before the massacre at the Yakh Chal outpost, CNN aired an interview with General Sadat. “Helmand is beautiful—if it’s peaceful, tourism can come,” he said. His soldiers had high morale, he explained, and were confident of defeating the Taliban. The anchor appeared relieved. “You seem very optimistic,” she said. “That’s reassuring to hear.”

I showed the interview to Mohammed Wali, a pushcart vender in a village near Lashkar Gah. A few days after the Yakh Chal massacre, government militias in his area surrendered to the Taliban. General Sadat’s Blackhawks began attacking houses, seemingly at random. They fired on Wali’s house, and his daughter was struck in the head by shrapnel and died. His brother rushed into the yard, holding the girl’s limp body up at the helicopters, shouting, “We’re civilians!” The choppers killed him and Wali’s son. His wife lost her leg, and another daughter is in a coma. As Wali watched the CNN clip, he sobbed. “Why are they doing this?” he asked. “Are they mocking us?”

Again, this is nothing new. Civilians in the Boxer Rebellion in China, or the Tai Ping rebellion, or the 30 Years War experienced – I can’t say “worse”, I just can’t – the same kind of thing. My mind flashes back to the film The Last Valley [wik] which deconstructs the civilian experience in a genocidal war. Or Come and See [imdb] which presents a horrifying view of the nazis’ arrival in Ukraine. Don’t watch either of those movies if you value your mental health, but you can obtain them and pass them on to your militarist friends, if you have any – it’ll help them get over it.

What leaps off the page, to me, is the puzzled tone of the civilians. Always, puzzlement. “Why are they herding everyone into the barn?” or “Why don’t the helicopters stop?” Needless to say: American provided helicopters, your taxpayers’ dollars hard at work.

Thousands of Afghans have spent the past few weeks desperately trying to reach the Kabul airport, sensing that the Americans’ frenzied evacuation may be their last chance at a better life. “Bro, you’ve got to help me,” the helicopter pilot I’d spoken with earlier pleaded over the phone. At the time, he was fighting crowds to get within sight of the airport gate; when the wheels of the last U.S. aircraft pulled off the runway, he was left behind. His boss, Sami Sadat, reportedly escaped to the U.K. 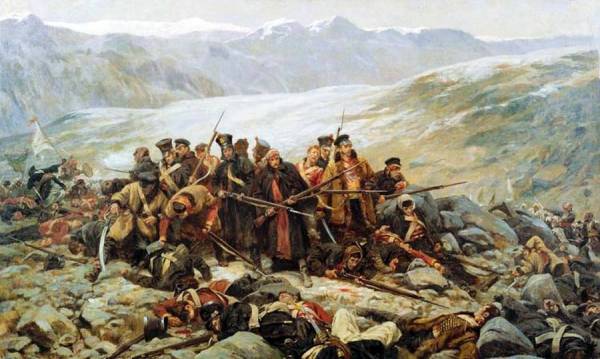 When I first read the piece by Sadat, I did think that the tradition of going down with the ship needs to be rebooted and why wasn’t there a desperate last stand at the HQ in Kabul, etc. Of course the British troops under Elphinstone [I repeat: most of what I know of that incident is from Flashman] [But I have found that MacDonald Fraser’s historical fiction is more breathable than most ‘real’ history] It sucks for the losing soldiers, too, but it’s horrific for the civilians that have to come along afterward and clean up the mess left behind by the great game. And live with the un-asked consequences.

So, how do I feel now? Well, I think, as the civilians might say, “don’t let the door hit you in the ass on the way out.” Who betrayed whom? I can’t judge any of that. But the civilians are going to be left behind to clean up the mess.