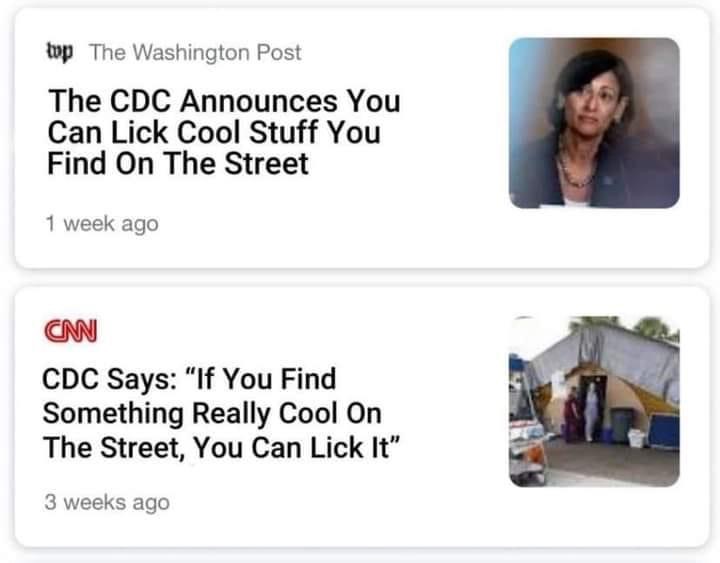 They were kind enough not to mention “you can also inject it up your butt, whatever it is.” Because that would be crude.

When the trumpies started politicizing and messing with the CDC, I thought, “CDC has so much credibility in the US, it will be hard to silence them and render them ineffective.” Boy, was I wrong. They’re a joke, now. The whole organization should be scrapped and replaced with a national science advice agency that covers a variety of topics including “don’t believe everything you read on the internet.” Mental disease control.

The Pleasure of Full Cast Audiobooks » « A Bit About DMCA