This is a delightful little book, and I won’t post much from it because it’s so delightful that posting the illustrations would constitute a “spoiler.”

It’s a smallish book, but that’s because the author has a few things to say and it’s not necessary to elaborate unduly. Also, the illustrations and text demonstrate a great deal of care and thought, and I’d say it was a lot of work to produce the book. The result is a good “coffee-table book” or, as I generally use such books, “a toilet tank book.” 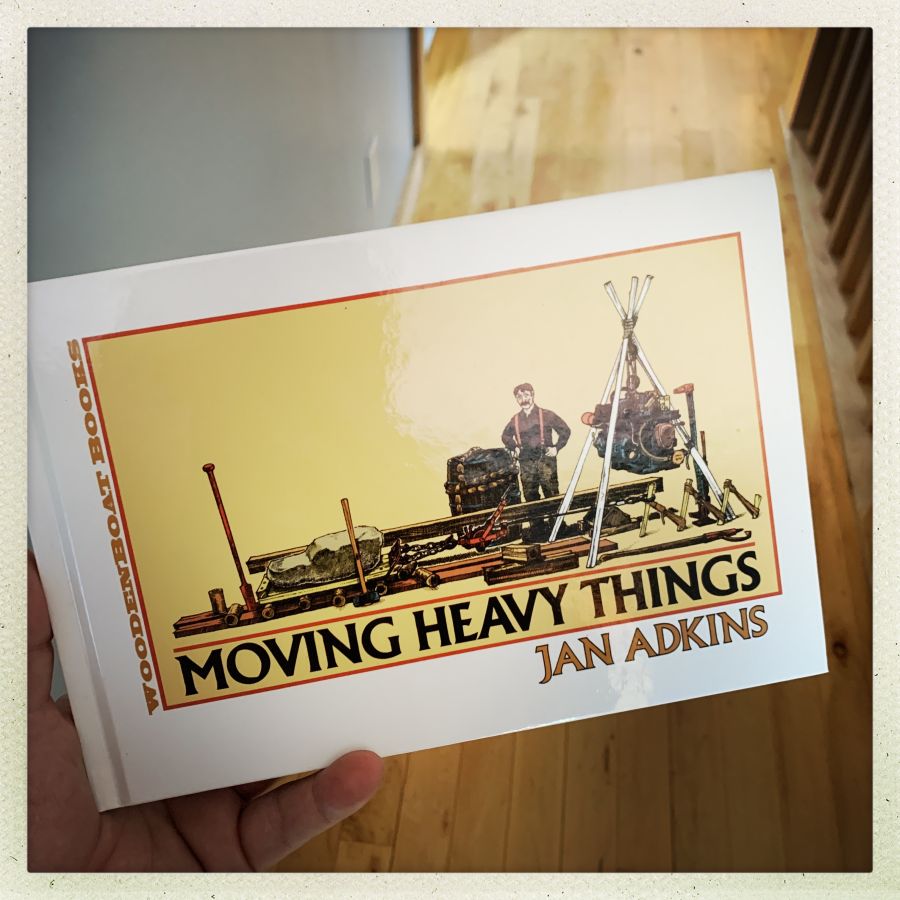 If you know someone who’s always cranking, yanking, towing, or lashing down stuff – this is a good book for them. It’s not really super-practical but it’s beautiful and interesting. Having watched a few “moving heavy things disasters” on youtube, I sympathize – it doesn’t take much before physics demonstrates its relentless superiority to human thoughts and prayers: [start at 9:24 if you just want to see the disaster] [spoiler: nobody gets hurt except for Will’s wallet]

When I was a kid, one of my favorite dioramas at the French Naval Museum in Paris was the “moving the Obelisk”, which illustrated what a truly crazy feat of hubris it was. I could probably go on about moving obelisks, but let’s just say it’s a crazy stupid thing humans do. By the way, the Bowery Boys podcast about moving the obelisk to New York is really good [bowery boys] These are very heavy things to drag around the streets of New York, and the streets of New York are not made to withstand them. Fun. 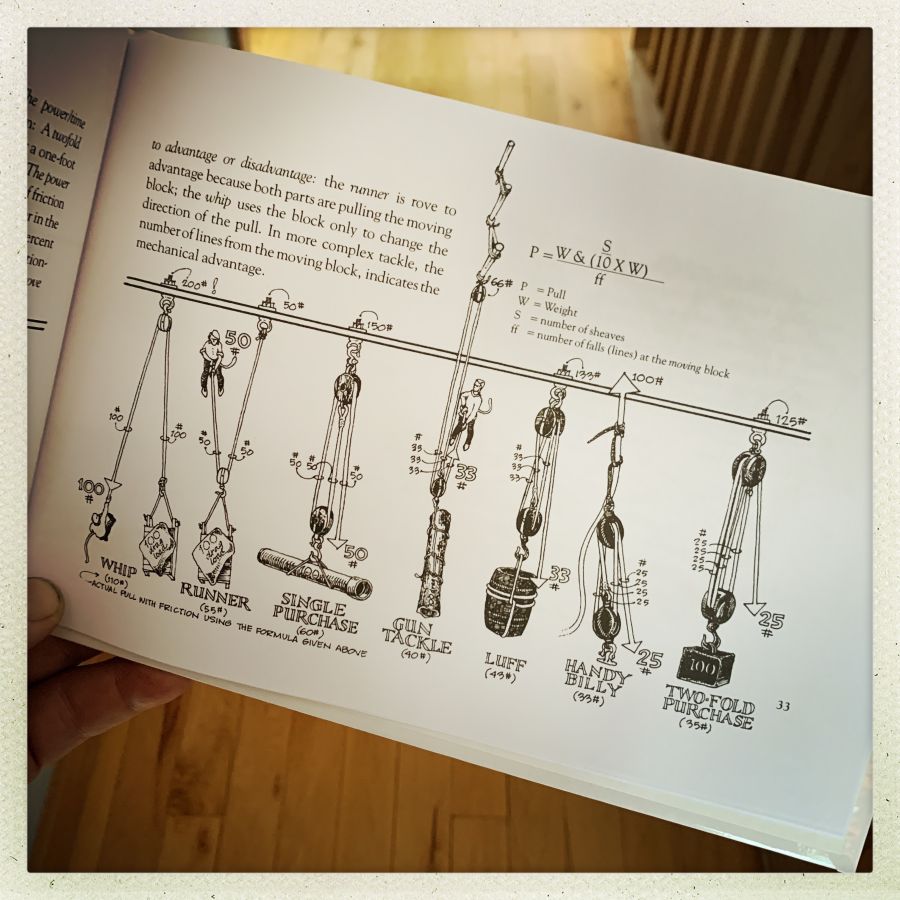 Yes one guy can move a cannon. But: does he want to?

I’ve had a few experiences where this book might have come in handy – fortunately never “… while I was in the hospital” but that’s one thing the book does not adequately emphasize: understand also your escape route and make sure everyone won’t cluster up or, worse, be too stubborn to just let go and run when physics takes over. In the video I linked above, you can see Will’s mind race as he’s trying to decide whether to fight the situation or run, and he makes the right choice. When I’m moving heavy things I always make sure that everyone nearby gets a lecture that is basically, “if we start to lose it, let go and run, it’s OK, it’s just money. Never wrap a rope around your waist or wrist, ever.”

I seem to have the impression that moving a Saturn-V rocket is the Ultimate Supreme League of  moving heavy things. When I was down at Cape Canaveral getting a tour, the bus gave us a little jaunt along the special roadway used by the crawler that carries the assembled rocket. I forget the specs, but “they are insane” is all that comes to mind. Also, there were stories about first attempts at making the crawler, and ball bearings squishing out from wheels like they were made of play-dough. Fascinating, when you’re moving something that expensive and heavy. I’d hate to go down in history as the guy who ended the space race by dropping the rocket into a marsh.

When I was reading up on how to move Bridgeport milling machines, I found a story about someone who didn’t put anchor boards down to keep the machine from sliding around in the back of the truck. Apparently the machine worked its way out of the straps and out through the lightweight metal side of the truck, and took a nap by the side of the road, before being cut up with an oxy torch and sold for scrap. One does not fling precision machinery out of a truck.

A Good Explanation » « “Time Is Of The Essence” /spit