Back in the 50’s and 60’s, there were photographs of “flying saucers” that were considered to be non-fake because of the presumed difficulty of faking film.

I was an Adobe Photoshop V1.0 user when I worked at Digital – we had a deal with Adobe that technical staff got ‘free’ licenses with the presumption that we’d push the product. We did. At the time, I felt that Photoshop was the most interesting and possibly even important piece of software that was developed for Windows. I stepped off the Photoshop upgrade path at around the same time I started doing wet plate ambrotypes, spending hours in the dark mixing and pouring my own collodion (nitrocellulose dissolved in ether and alcohol, with a bit of cadmium bromide) Prior to that, I had spent years uncounted working with “traditional” (e.g.: modern) film and paper in the “zone system” method. During that time, just for the hell of it, I did a few photos of UFOs. They were double exposures using a set of extension tubes to get a deliberately shallow depth of field, with a fairly innocuous photo of a garage in my neighborhood with a UFO parked outside. I looked for a print of that non-masterpiece but I can’t find it in my moldy pile of paper prints from the 80s. 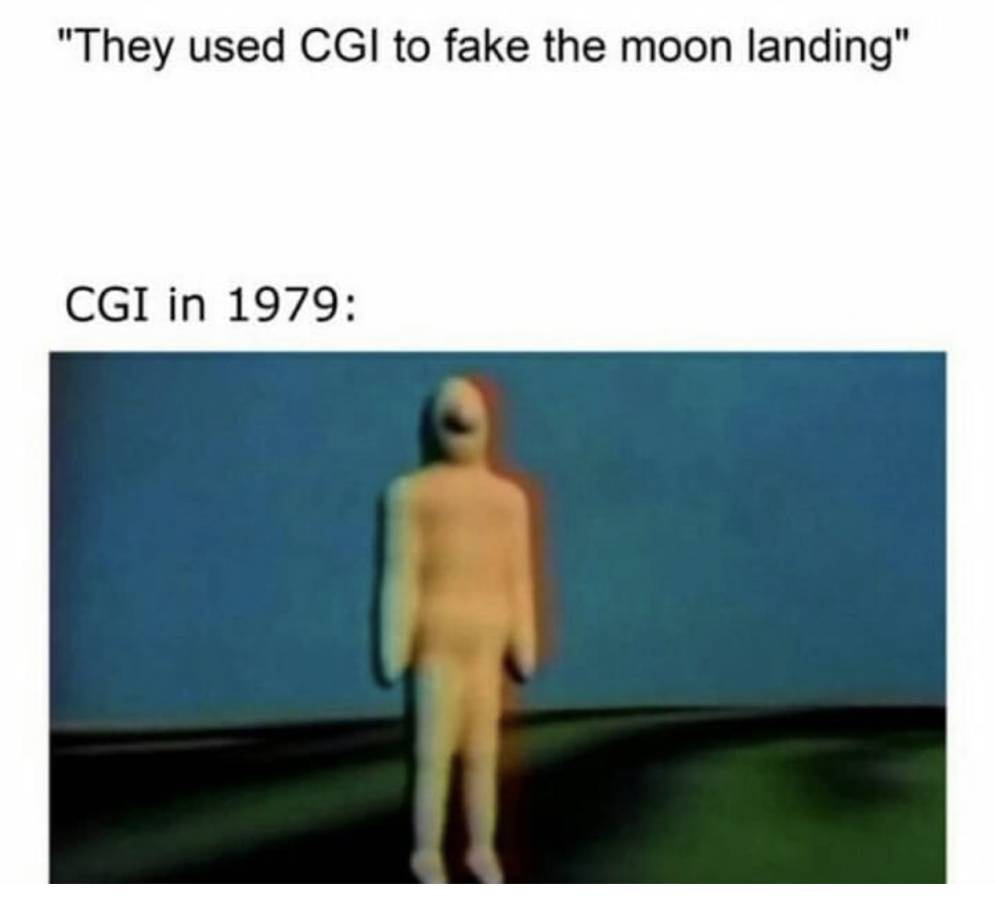 It was immediately obvious, as I finished my UFO print, that Photoshop was a much better tool for making pictures of UFOs. That was the 80s, and computer graphics were still pretty rudimentary (and time-consuming) Films like Blade Runner and 2001 still depended on multiply-exposed and masked film, because it was still easier to make a physical model and insert it into a scene than it was to hand a background and a 3D data-set off to a rendering pipeline.

But, around the time Star Trek and Babylon 5 started treating us to endless rendered space-vistas, making pictures of UFOs seems to have lost its appeal. It makes sense: a viewer today is going to criticize your poor 3D rendering, not whether you exactly matched the angles in the lighting of your photocomposite. When anyone can use Photoshop and a renderer to make a pretty credible-looking UFO, then UFO photos have little value. I will note that the ‘recent’ declassified UFO video depends on the imagery being really bad, to sell it. Think about that for a second and you’ll see the glaring contradiction there.

All of this is mental meandering around an eye-catching image I saw the other day: [guard] 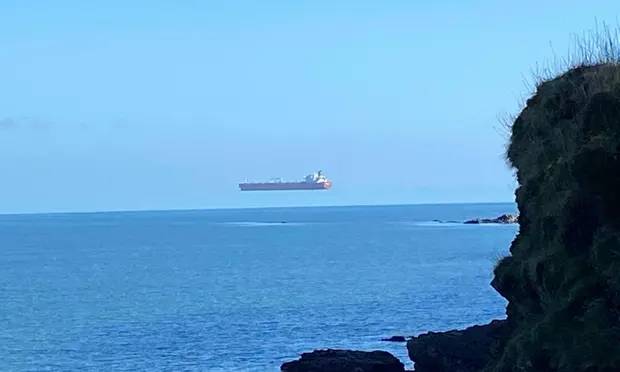 This photo was allegedly taken by a hiker, who saw it and was suitably amazed. I say “allegedly” because it could just as easily be Photoship, urr, Photoshop. I’m inclined to believe that it is in fact a photo of a mirage – a refracted image caused by a warm layer of air near the ground that differentially bends light. In this case, the refracted image of the ship is a really compelling illusion.

I immediately started looking at it to see if the waterline was correctly crisp (it should be) and the shadows were aligned realistically. But then I realized that state-of-the-art-Photoshoppery would be indistinguishable from a “real” image. A “real” image, of course, being a 2D mapping of a 3D space, rendered down to web resolution. I’m pretty sure my friend’s kid, who is 6, could do this in Photoshop – but he spends a lot of time watching his dad, who is a professional photographer, retouching images. I’d use patch tool with some feathering on the selection area.

I find myself inclined to believe that this is a real image, simply because faking it would be so easy. And a fake image wouldn’t be news-worthy.

Back in the 90s, there were many ‘debates’ on internet photography forums regarding how altered images were, in Photoshop. As though using a sheet of film to record a 3D scene into 2D isn’t altering the image? I felt, at the time, that digital photography was going to liberate chemical photography as an art-form, by making it valueless in terms of its results, but valuable in terms of its process. That’s the thinking that led me to start dissolving cotton in nitric acid … Perhaps what we are seeing, now, is the devaluing of photo fakery. The processes that are creating images, today, are “fake” in the old school terminology of photography – every pixel is being looked at and altered.

There’s a book by Dino Brugioni, the former head of the National Photographic Interpretation Center (NPIC) [nova] His team invented many important ideas for identifying composite images, such as analyzing the different grain-patterns in the negatives used to assemble an image. He certainly would have caught my UFO image, with one swipe of his loupe. Today, there are still people who use similar methods (mostly background analysis) to detect photo fakes, which are usually instagram models with inhuman body dimensions. Nowadays, the action appears to be “deep fakes” – using AI networks to simulate overlays of one person’s face onto another’s body – every resulting pixel of which is fake. I know a lot of people are upset about “deep fakes” potential to convince people of wrong things (“I saw Donald Trump hit a golf ball and his swing was absolutely beautiful!”) but maybe it will just free up reality a bit more, by making us assume everything is altered rather than the other way around. In the end, will an image of a flying tanker be more interesting because it’s not fake, than a fake image of a flying main battle tank would be? Maybe it’s time to stop clinging to imagery as a representation of reality, because it never was: 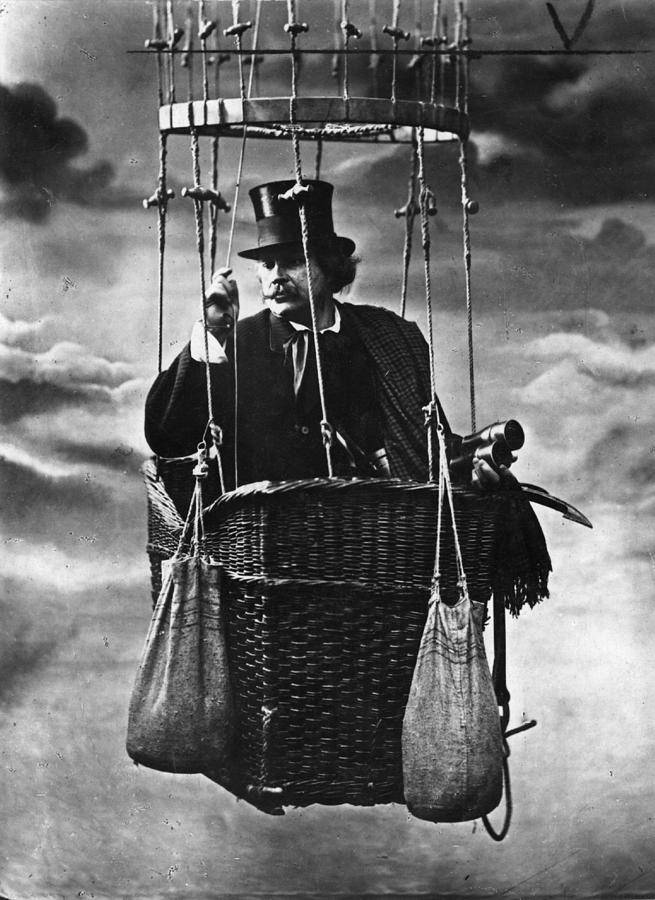