I know some of the people who are working on the system, that’s my excuse. But the real motivator is my profound and passionate hatred of Verizon.

I live in rural broadband zone, which is where the FCC made a deal with Verizon and AT&T that they could take the gloves off and charge customers ridiculous rates, in return for – I dunno – offering them broadband. So, in “the country that invented the internet” in 2021, I have an LTE cantenna that costs me a base of $250/month and has a 20gb data cap. There are people in the “third world” that have better and cheaper broadband service than I do. That data cap gets blown through regularly, whenever Apple and Microsoft hawk up another loogey of patches and spit it in our faces. I have 2 iOs devices and 2 Windows 10 devices and when you add Steam updates for games, which nowadays weigh in at double my data cap, I am paying more for the download than the game. I know, first world problems, right? That’s why I don’t complain much.

But, if I can ever dance on the grave of Verizon, I promise I’ll finally learn the shuffle-step “Walking Man” and do it until I collapse from exhaustion. Besides, it’d be good cardio. I have a photo of a $1,000 internet service bill I got a few months ago: 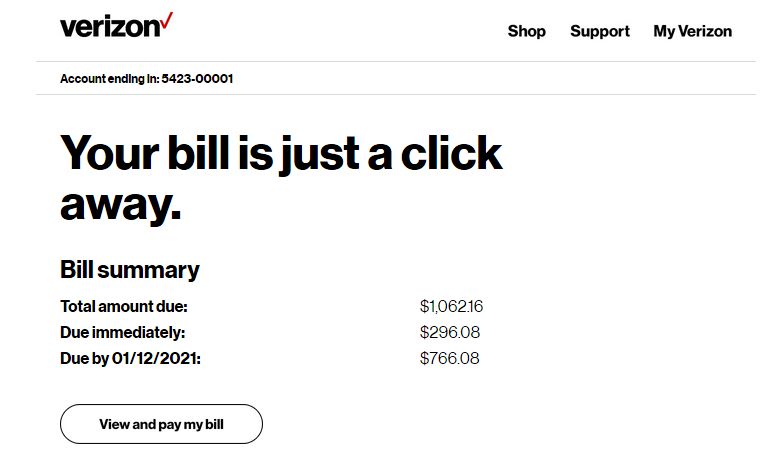 You can imagine I have been watching the evolution of Starlink with some interest. I know a few of the people who are working on the security aspects of the up/downlink and it looks like a typical Elon Musk gig: get the smartest people you can, tell them to design their ideal system, and do it. Then take credit for it. Some aspects of how Starlink works sound like genius although really it’s just “IP networking” with a software-defined control plane. That’s the good stuff, when you consider that Verizon and AT&T (outside of the cities) are doing virtual thing over virtual thing over some fiber that looks like virtual copper to some other thing. 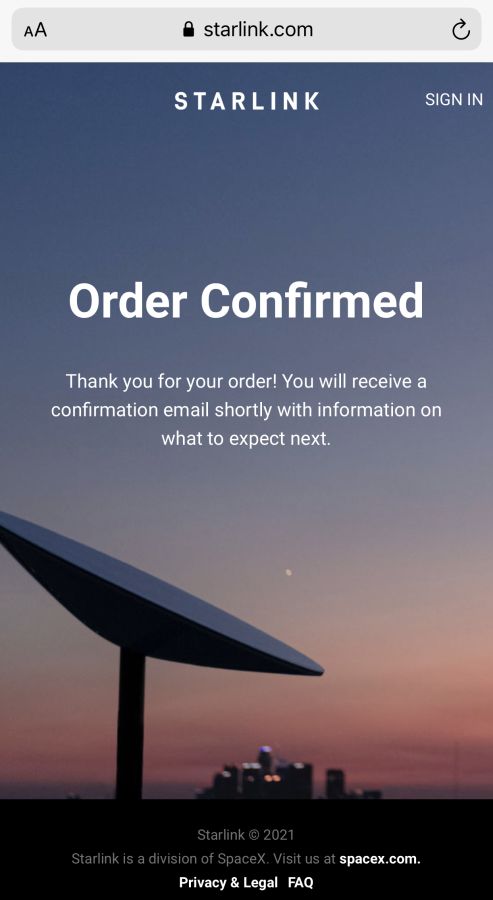 I’ve been monitoring Starlink’s sign-up portal and yesterday it switched from “we can’t find your location in our service area” to “give us money.”

I have no idea when I’ll get the Starlink base unit and have time to set it up (my roof is covered in 10″ of snow right now!) but I’m going to have to leave the two systems in parallel for a month or so while I see if Starlink works.

The last time I got excited about internet service it was when Verizon started offering an “unlimited” plan for only $300/month – but then buried down in the fine print it said that “unlimited” means “we throttle it down to 100k/s if you use more than 3gb” It was so bad that I couldn’t even look up Verizon’s service number so I could call and get my plan switched back (for which they charged me). Ajit Pai. Ah, Ajit, what a useless water-carrier for the exploiters who rape the world, you are.

I may have some postings about my experience with Starlink, assuming I do actually have experiences with it.

“Let’s have our own cell phone” is a red-flag for me that a business has gotten so big and powerful that it has become stupid. But one of the things about Musk’s operations is he understands how to compartmentalize them so they run on their own steam. Starlink is powered by SpaceX but it’s a whole different train of thought, but with a sweetheart deal on lofting the satellites. Musk has said that they plan to offer a handset that is basically a Starlink phone, and if they are able to power through AT&T and Verizon’s inevitable frantic lobbying-attempts to regulate them out of existence, there’s a good chance that they could rip the bottom out of one of AT&T and Verizon’s biggest cash cows. And, as the Ballad of Brave Sir Robin goes: “and there was much rejoicing.”

By the way, Verizon marketing people: making your bills larger (right now about 5 pages) because of all the fonts and colors, and more “friendly” does not matter. There’s only one number we look at. And it’s why we hate you.

In fairness, nobody hates Verizon more than Verizon’s own employees.

Lookit That Science GO! » « Reflections Off The F-22