I don’t like to paint. Yet, so many times, I start a project the ends with a couple of coats of paint.

Paint is amazing stuff, though: it can take something that looks a bit unprofessional and ragged, and make it look as though it was done by professionals (or at least amateurs who cared) 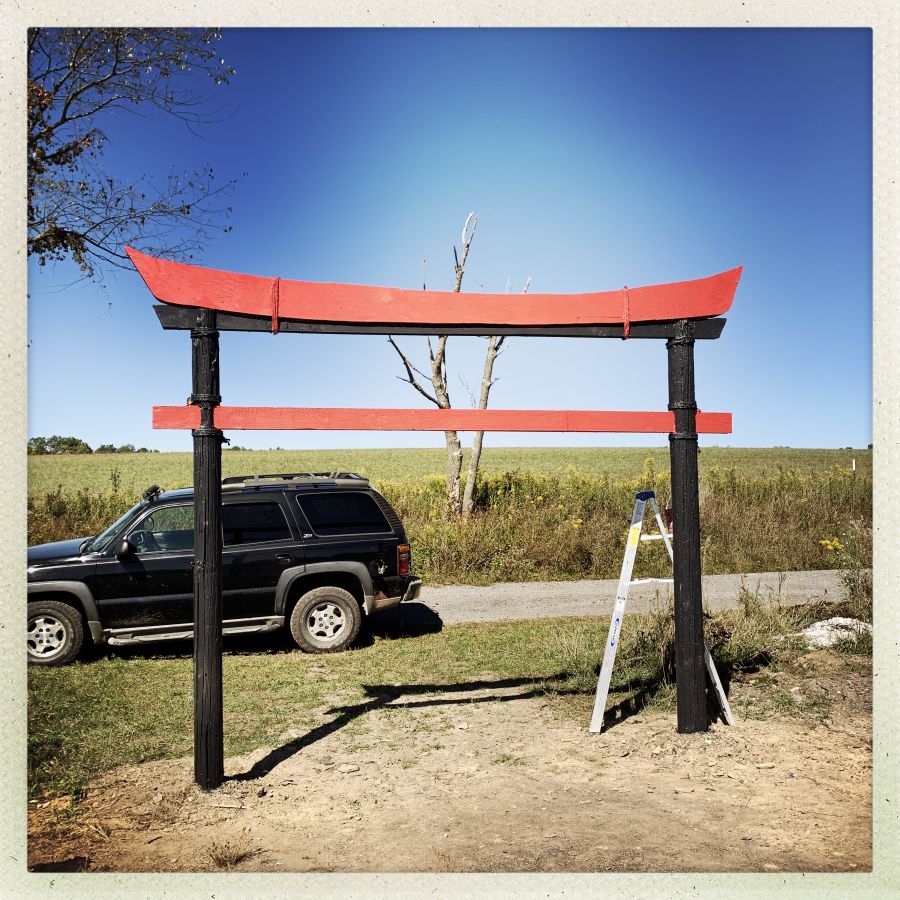 Recent events in the political world weigh heavily on me, and every day there is something new that enrages me and makes me want to hulksmash my way to Washington. Yet, I remind myself, that’s not the kind of input to the political process that helps. I’m not sure what helps so the best thing to do is: nothing. Except paint and try to make my own things pretty and worthwhile.

If you recall the rather hellish problem I had building the shed’s main doors, you possibly recall that one side of the building is still open to the elements. The plan has been to build sliding doors along that side, for a proper Japanese dojo-look. I have had tremendous difficulty getting started on those – not because I don’t know how – because I hate to paint and masking off the panes for 6 doors and painting around the masking is a nightmare to me.

The other night I realized that I can use the same technique to build the doors as I did for the main doors, except assemble them in separate sides without the fiberglass panel in the middle. That way I can just roller paint all over the place – 2 coats – and when it’s done I can glue the sides together, with the un-painted fiberglass in the middle – pop some screws in it, and it’s done. I was a bit floored when I realized that, all along, the obvious answer had been staring me in the face. What am I, stupid? It starts to get cold and nasty here in November, so I am going to attack finishing that side of the building pretty soon. I have a bunch of other small projects to finish off first but then I’ll spend a day with the table-saw and cut all the pieces, go back and cut the inserts for the kick panels and cross-pieces, and make piles of components ready to assemble. After that, I can take a break from sharpening bits of metal and do some glueing and screwing, and the whole process should go without having to become a death-march.

Update: traditionally, torii gates are decorated with a woven rope hanging between the uprights – a shimenawa. Pilgrims or visitors passing through the gate can hang written prayers or poems from the rope. I got 20 feet of nice black cotton 1″ lead rope to drape through the gap, but I needed some tie-backs. Then, I realized: 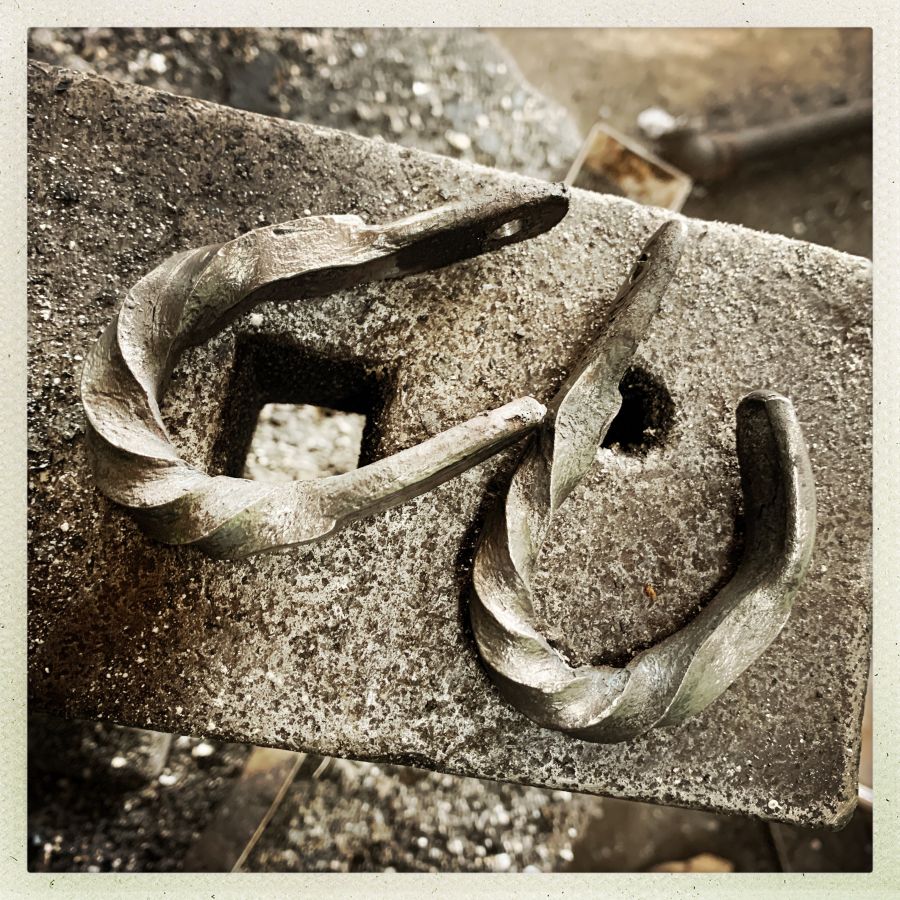 I can have all the tie-backs I want.

I used a chunk of wire rope (1095) damascus that I had made and left lying around for later. Making those was very quick, especially with the hydraulic press for flattening the flat bits. I didn’t take photos but now the rope is up and it looks very snappy, indeed. Several of my blade-smith friends have said they will make little steel or copper inscribed plates for me to attach to the uprights, so the end result should be pretty grand. If any of you wish to send me a pierced coin or a wish or something, I will be honored to add it to the gate.

It still needs another coat or two of the red. I’ve set aside the bottom of the can of black for final touch-up; i.e.: I’ll paint over all the places where I got excess red paint on things. Maybe the reason I hate painting is because I’m really bad at it?

The Ways of the Ancients » « Propaganda!