It’s an amazingly odd movie, with a suitably off-the-wall performance by Klaus Kinski. Apparently, Herzog had originally cast Jason Robards in the lead role, but he got sick, and Kinski took the part. Herzog and Kinski had clashed severely during the production of Aguirre, The Wrath of God and Kinski was so unpopular with the rest of the cast that one other actor offered to kill him. [wik] The story is of a rubber plantation baron who decides that the best way to access rich farmlands in the Amazon basin is to move a steamship there – by dragging a 320-ton ship over a mountain range. Hannibal would have been shocked. 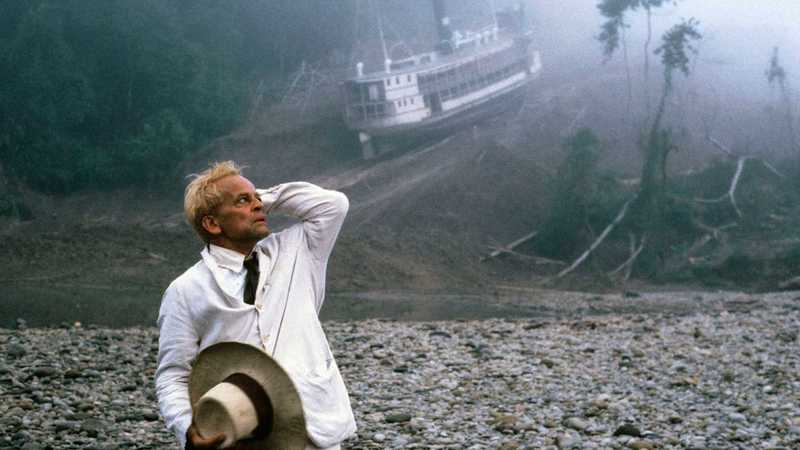 It is not a funny movie. It’s Herzog.

Iran has a problem. They have a submarine that they bought from the Russians in the 1990s. The submarine is at one shipyard and the Iranians want it at another, so – to keep it from submerging permanently – they are taking it overland. 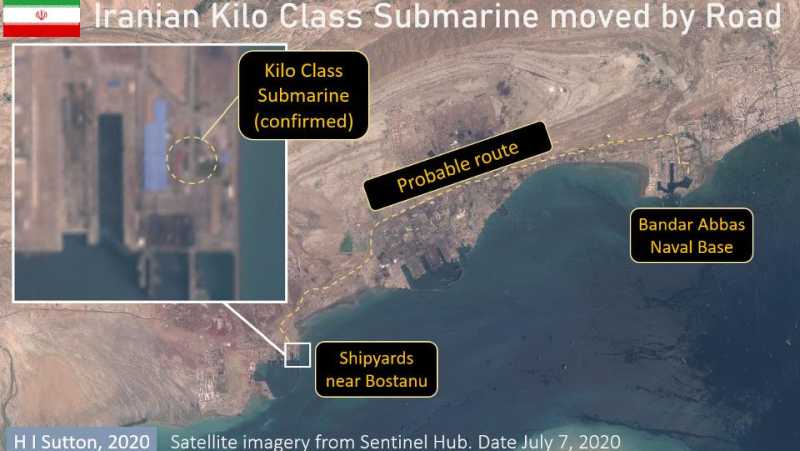 It’s not very far, and – at least – the road is fairly flat. But when you are hauling something that weighs 2,325 tons and that is 240 feet long and 40 feet around, even a small hill is a lot to deal with. The sub is just about 10 times heavier than the ship in Fitzcarraldo. (By the way, Herzog insisted that they actually haul a ship, and 3 people were badly injured during filming) 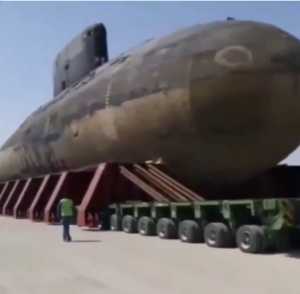 The sub is out of the water and is currently installed on a custom-built trailer. I’m not a heavy moving expert, but the trailer looks pretty good; it has massive I-beam ‘legs’ (and lots of them) to keep it from tipping over, and giant beds of wheels to distribute the weight. The design appears to be that if the road-bed cannot support the sub and carrier, it will sink down and the legs will support it upright.

If you’re familiar with failblog and the fail crane you know that road surfaces can be surprisingly squishy at times, and that if you have a large object, it will cheerfully fall over if you give it the chance. I hate to say this, but the first thing I thought was “it was smart of the Russians to build that great big flange on the top, so it won’t roll far.” Just kidding, just kidding.

Here’s a link to the full video on [twitter]

The Iranians want submarines because they are an implicit threat to US naval ships in the Persian Gulf, which the US treats as though they were territorial waters. I imagine that there will be a small army of covert operatives along the sub’s path, just waiting to help an accident happen. I suppose it can’t be sunk, but an accidental fire would sure do a lot of damage (it’s a diesel sub, not nuclear). Presumably the Iranians are trying to move it to the other base, where it can be guarded better, because if they tried to make it launch-ready where it currently resides, it would be subject to a huge panoply of accidents.

Speaking of “panoply of accidents” the Kuznetsov is scheduled to be ready for sea trials in 2022. Apparently it will be repainted as part of the refit; now is your chance to be a defense contractor: [nn]

The shipyard has posted information on the order to paint the aircraft carrier’s external surface by September 1, 2022. More than 250 million rubles ($3.4 million) will be allocated. The bidding period will last through May 20.

One of my high school wargaming group graduated and went on to command a Harpoon missile battery on the CVN Theodore Roosevelt – the “Coronavirus Carrier” (he has long since moved on) one of the things he told us is that the punishment detail on a nuclear aircraft carrier is to paint the damn thing. According to him, depending on the size of the disciplinary pool, it takes 12-14 years to go from the front of the carrier to the stern. That has to be an incredibly wretched way to spend time.

The next Russian aircraft carrier (AKA: Russia’s last aircraft carrier) is slated to be nuclear. The Russian navy has not got a good history of naval nuclear engineering. The US had a rare gem in the form of Hyman Rickover, who insisted that the nuclear navy be large enough and redundant enough to be able to build organizational expertise and history. The US nuclear navy has been remarkably free of reactor meltdowns, because of Rickover’s extremely annoying “engineering, first and always” attitude – the man was incapable of bending, let alone compromising.