I’ve become fond of having an audiobook going while I work. It seems to help me focus, which doesn’t make a great deal of sense (I’d expect it to be distracting!) but it’s a great way to absorb new information. Perhaps it’s just a side-effect of how I work nowadays, but if I sit down and open a book, it usually turns into a nap pretty quickly. 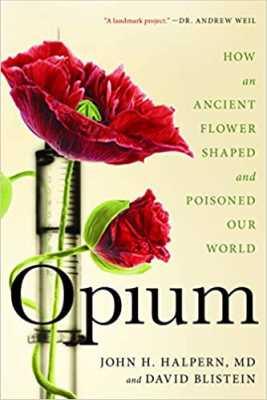 It sounds like that was how a great deal of life went, for a lot of the famous and powerful in antiquity, because they were often smashed on some form of opium decoction or other. I’ve always been fascinated by the way we often discover that so-and-so’s shortcut to greatness was that they were so fucked up on drugs that their consciousness was narrow-focused on whatever it was they were doing. Sometimes you get a Hitler,[stderr] sometimes you get a Coleridge,[stderr] other times you get a Marcus Aurelius or Alexander of Macedon – apparently. [And I will continue to stand by my prediction that we’ll eventually learn Trump is an amphetamines abuser – stderr]

Opium by John Halperin and and David Blistein, starts off with a historical overview of opium use in the past. It’s fascinating stuff and it appears that the case can be made that wanting to hunker down near the poppies may have had as much to do with the invention of agriculture as grains and beer did. The juice of the poppy was a royal perk, and it requires labor-intensive agriculture to harvest it in significant enough quantities to trip out properly. 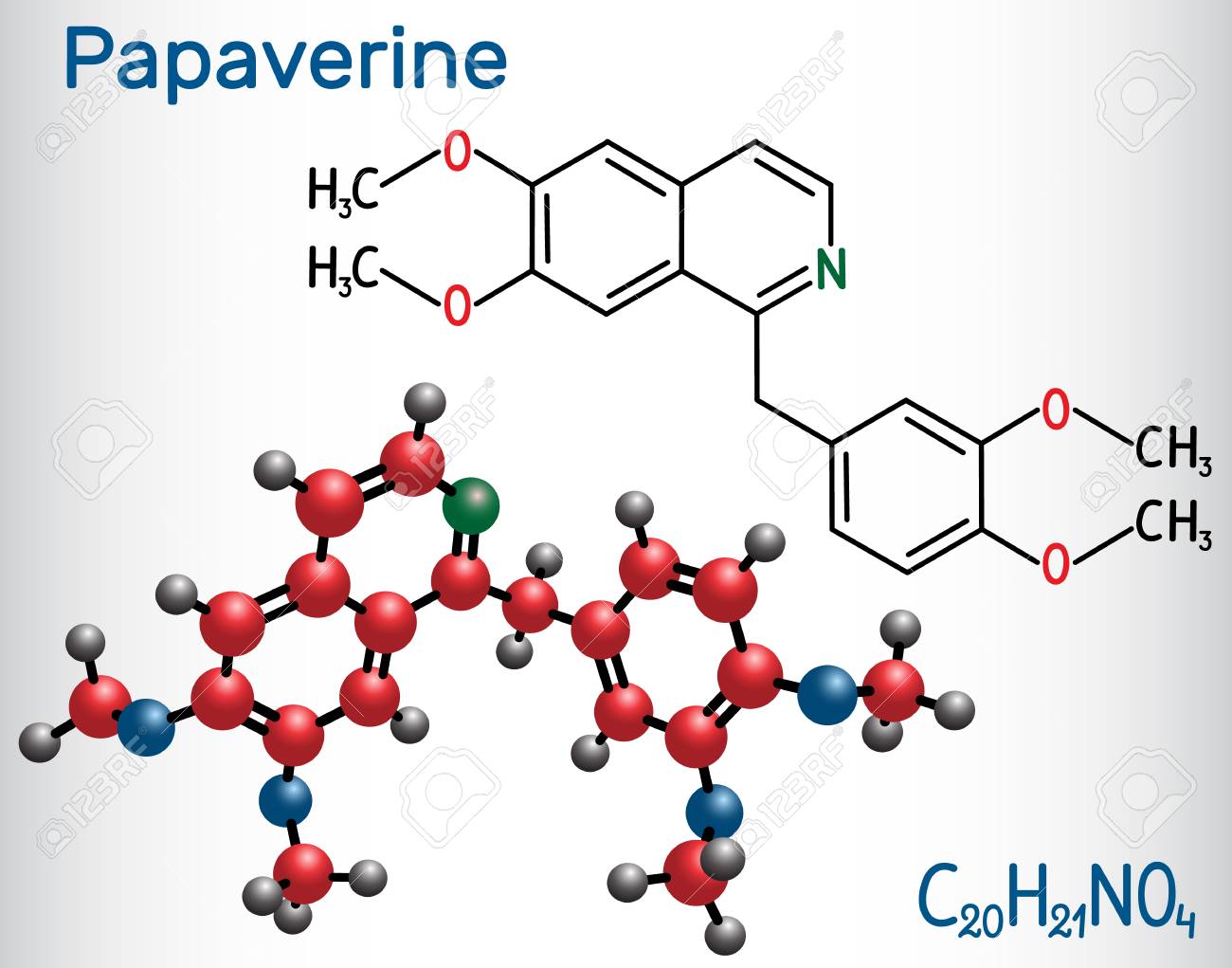 It hadn’t occurred to me earlier, but I suppose that during the Hellenic Period there were lots of people running around with severe damage from wars, not to mention what we would now call “Post-traumatic stress disorder.” Halperin rattles off a list of the various battle damage someone like Alexander experienced, and explains that the “wine” he liked to drink was not just the fruit of grapes – it had opium dissolved in it. The Ptolemaic kings did not just enjoy gold looted from Afghanistan and India, there was the juice of the poppy, as well. Pharoah was a trip-god. The Oracle of Delphi may have been a junkie. Paracelsus experimented until he was an addict, as did Avicenna. Opium addiction was not considered a moral weakness – it was just expensive. As a friend of mine once said, (regarding The Rolling Stones) “heroin addiction doesn’t kill, it’s the poverty brought on by addiction that’ll do you in.” Well.. Maybe. Jimi Hendrix would beg to differ.

Intellectually stoic, emotionally melancholic, physically dependent, and sexually undecided, Marcus Aurelius was a reluctant emperor, an obedient warrior, and a transcendent writer who ruled the Roman Empire from 162 to 180AD and is more famous for his philosophical classic Meditations than his actions on the barbarian frontier. Aurelius lived in his own world and followed the dictates of his own mind and spirit in the midst of war, revolts, and various personal upheavals including an unfaithful wife, an unworthy son, and a frivolous co-ruler. Reading his writings today, he seems to have had superhuman wisdom, patience, and tolerance. Read in another way, he was a classic addict, living in an illusory narcotic-fueled world to avoid the harsh realities of his life.

How did this sensitive soul manage to endure the slings and arrows of his outrageous fortune? How did he manage to maintain his focus, run an empire, and strategize his battles with both the barbarians and opium? During all those years, without overdosing or getting incapacitatingly addicted – the answer is that his dosage was very carefully modulated by one of history’s earliest enablers, and one of the most important and egomaniacal doctors of all time – his name, was Galen.

Like Hitler’s doctor, much later, Galen kept the emperor happy and just a bit tripped out. Aurelius’ preferred dosage was opium dissolved in wine, with honey to mask the taste. It sounds like Galen may have invented Robitussin cough syrup. During extended stays in the field, Aurelius experienced withdrawal symptoms, constipation, and muscle spasms – his stoicism was necessarily a coping mechanism.

As someone interested in the secret subcultures behind popular cultures, this is really fascinating. It’s a litany of all of the greats who were fond of tripping. I was surprised to encounter many of my historical friends in there:

The most famous Benedictine to write about Opium was a brilliant abbess, as well as a composer of transcendent melodies and visionary paintings, who lived in the 12th century. Her name was Hildegarde, and she grew poppies at her monastery in the small German town of Bingen. She cautioned, however, that opium’s dangers were greater than its potential to cure, so it should only be used in the most serious cases.

I found the relationship between monasteries, hospitals and medicine, and the propagation of opium-growing to be particularly interesting. The author makes a good case that opium had a great deal to do with the shaping of medicine. In fact, it  had never occurred to me, but the ancients had to have had some kind of serious knock-out drink, because some of the battlefield damage recorded in history would not have been bearable, otherwise.

There are surprises further on in the book, which I will not spoil other than to mention that the US “founding fathers” feature prominently in the story of opium-growing. Perhaps “don’t tread on me” should have been “don’t step on my poppies!”

The opium wars, as I knew they would, feature prominently and extensively. It’s depressing to see how little heroin dealers have changed; from the gunboats opening new markets with cannon-fire on the Pearl River, to Perdue Pharma’s big marketing campaigns, the history of opium in the modern era is a matter of creating a need, then filling it. This is an interesting book, well worth a read if you’re interested in the history of the arcane.

For the sake of “why not” I planted some papaver somniferium back in the spring of 2016. It turned out that the deer loved to eat them, and very few of them lived long enough to produce the buds, which is where the precious alkaloid is most concentrated. A few blossomed and produced pods, which I (once) made tea from – it was extremely nasty stuff, and a dozen or so I left soaking in some vodka to produce ersatz laudanum. A small taste of either would instantly leave the mouth numb. It wasn’t long after that, that I had my kidney stone, and spent a week on Oxycodone, then got to experience mild withdrawal and the constipation and other side-effects. Those are decidedly unpleasant.

The smell of a chunk of pure opium is heavenly and indescribable. It smells like flowers and vanilla and musk and feverish dreams. My old dealer (I’m a hoarder not a user) got out of the business and I have never found another supply, or I’d buy some to make some incense with. It would go well with benzoin resin and vanilla. It’d be fun to watch all the people who have smelled opium smoke, when they smelled the incense their heads would whip around and they’d exclaim, “what’s that smell!?” and start to drool.

There was an incident at a party in Los Angeles in 2016, where someone was raiding a liquor cabinet and wound up pouring about 1/2 cup of laudanum into their glass, thinking it was some sort of vodka-infused herbal thing (well, right…) I happened to recognize the smell and stopped them, then asked “where did you get the laudanum?” I had to do some fast-talking to convince them that it was laudanum, not vodka, and then they exclaimed, “you saved my life! I am allergic to opiates!” and made as if to throw the contents of the glass into the bushes. I intercepted the gesture and drank a good shot of the stuff, which made my evening golden and floaty and I was the hero who had taken a bullet for the team and saved the drinker’s life. I estimate that they were carrying around 2x-3x a lethal dose. There was plenty left in the glass and I found a few others and shared it with them. I was amazed at how great I felt and I can see how easy it would be to want to feel like that, always. It’s interesting – the book describes that even the ancients dissolved their opium in wine and mead, etc. – always alcohol, which synergizes with the opium and makes it more likely to kill you. Classical laudanum is 10:1 alcohol to opium. Paracelsus’ recipe is included in the book; he added lemon juice, cloves, and pepper – which actually sounds pretty worth trying…

The Tao: Chapter 56 – Mysteries of Power » « Always a Complainer