This is just breaking, so nobody really knows what’s going on, but:

Apparently a fake letter was sent to the government of Kuwait informing them that US troops were leaving within 3 days. The letter was originally reported as news on Reuters, and caused some brief stir. [usn] 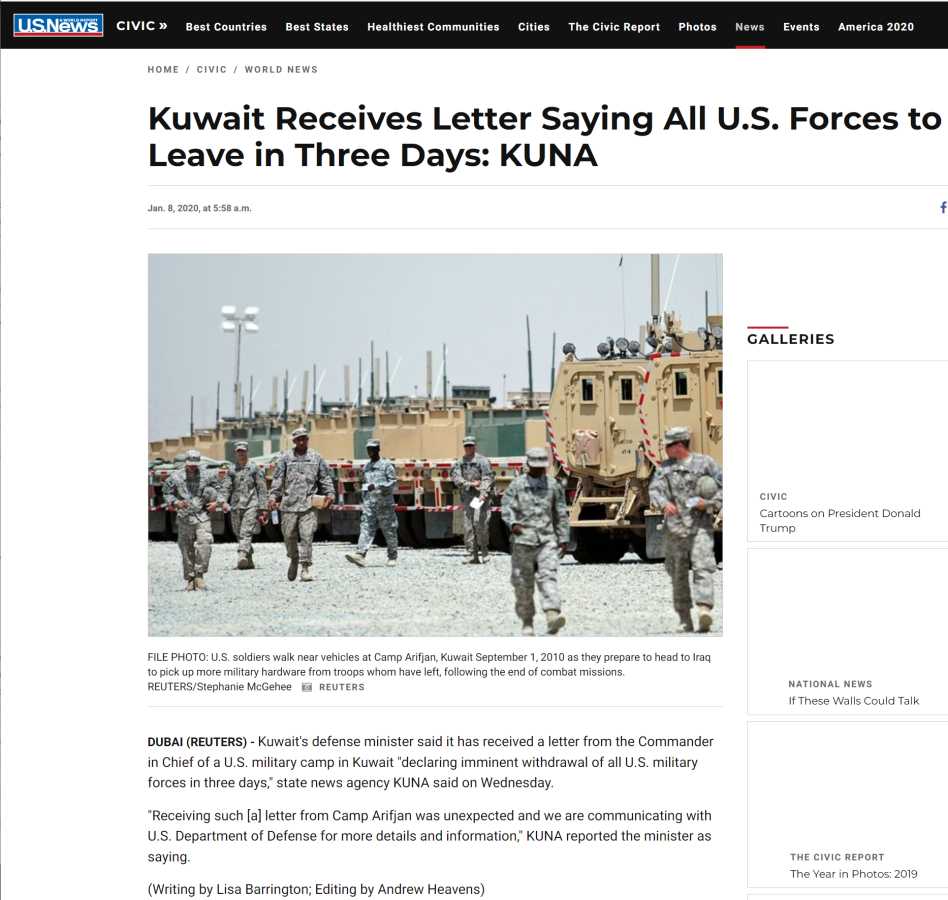 This sort of thing is a stressor to add atop the normal stress of incompetence that the US DoD and State Department must deal with every day.