Whenever I hear the word “tsunami” I get a reaction, in which I want to crawl up a tree and hide and wait for it to be over. Not a good strategy, I know.

I was thinking about that, the other day, because the youtube algorithm sent me a video of some Japanese tsunami footage. My reaction was to jerk away from the screen and then calm down, sit a bit, and think about why that happened. It didn’t take long to figure out. I have a vivid visual memory associated with tsunamis that comes from my childhood, and it defines my expectation of what a “tsunami” is.

I suspect it’s also bullshit. But let’s look at this together as an example of how a vivid piece of art can establish a fictional part of our understanding of reality. 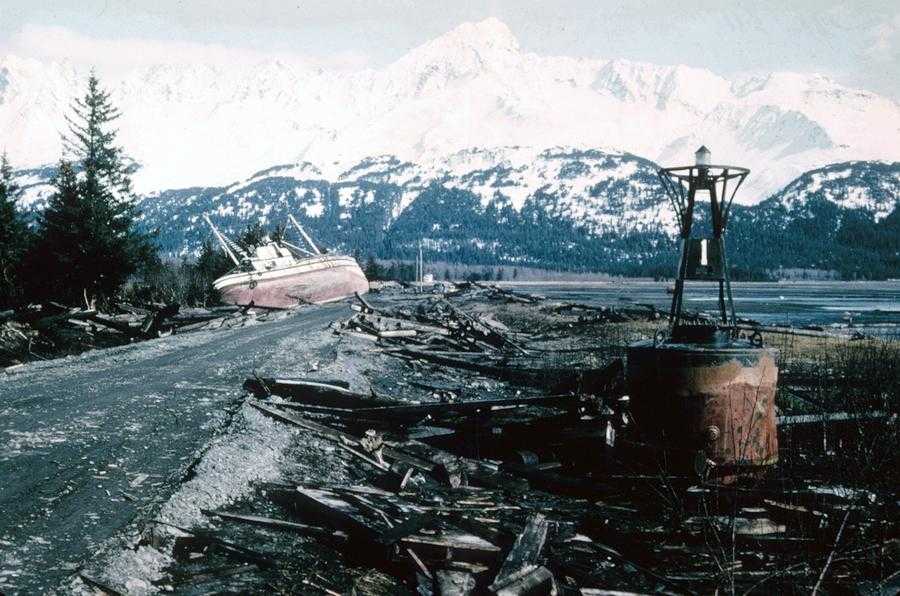 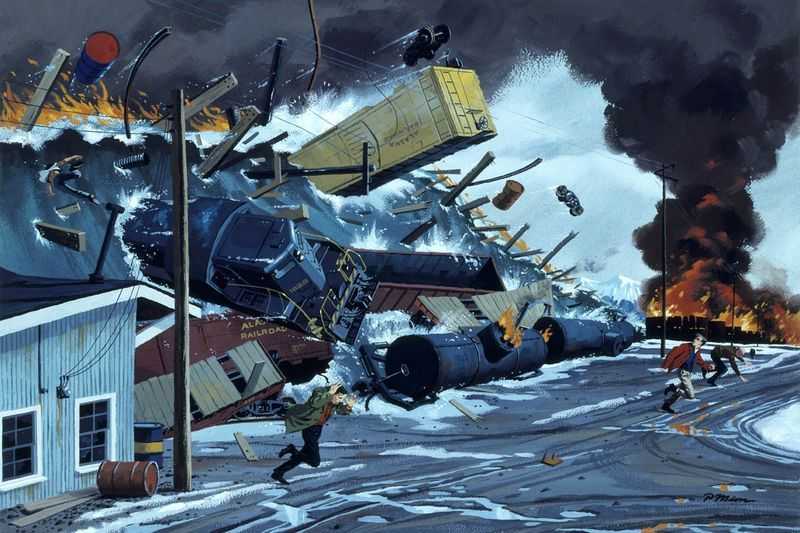 I don’t think that the illustration is accurate but it sure is effective. “Avoid tsunami!” is the message. Also: “You can run but really don’t bother.”

In reality, the Valdez tsunami resulted in about 131 deaths – many of which are depicted in this fictional scene.

Now, I understand why I don’t like hanging out on the west coast where the San Juan De Fuca plate is cocked and locked, ready to go: I don’t want to be the guy running as the forest is about to fall on him.  It’s interesting to me now how deeply I have absorbed this image.

It’s also interesting how well image searching works, now. I put a couple search terms in a window and got back 3 pages of images; the one I was looking for (in spite of being from a magazine that was published in 1963!) was on the second page and I recognized it instantly.

The Title Says It All » « A Misadventure