I admit I enjoyed reading the article in The Daily Beast about what incompetent louts Donald Trump, Jr. and Jared Kushner are.

The article used a term I have not encountered before, “failson” [db]:

A “failson” is a son of wealth and privilege who is equal parts incompetence, stupidity, and arrogance. Sound like anybody you know?

Yes, anyone with any historical literacy will recognize that’s just another term for “hereditary aristocrat.” The word “hereditary” is the one that does all the work. Otherwise, what is an “aristocrat”? [vocab] 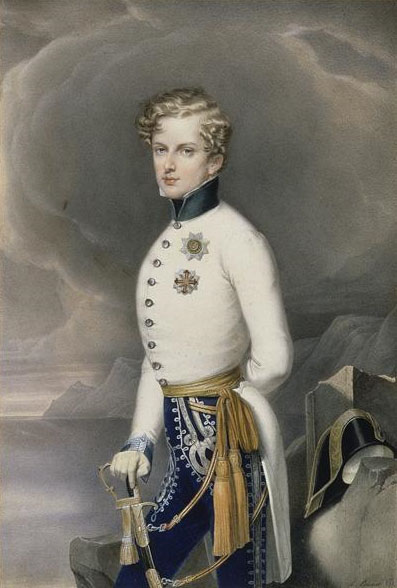 Well, are you done with hereditary aristocracy, yet? As you can see, it’s practically self-contradictory, or – at best – based on a misunderstanding of genetic determinism. If King Thag is a great, wise, and mighty king, does King Thag pass on those traits when he lies with his queen? Nowadays we understand (except for the many stupid ignorant racists) that that’s not how greatness, wisdom, and might come to be. Greatness, wisdom, and might come from education, hard work, and attention to detail. It’s interesting, if not fascinating, how many great, wise, and mighty people knew that – but still turned around and inflicted their useless frogspawn on the societies they conquered. I cannot find any comments by Napoleon I regarding his son, Napoleon II, which I take as an indication that he was not particularly impressed; Napoleon, one of the greatest strategic analysts of his time, was – if nothing else – a great reader of talent. and he stuck his son out of the way as ruler of Rome, and conspicuously did not make him a diplomat or a marshal. The greatest, wisest, and mightiest autocrat of all times (arguably) Genghis Khan, promoted his most important followers from the ranks of the many he encountered in his lifetime. He did not elevate any of his many sons. I could go on all day with this, but I should have stopped with the dynasty that sprung from Napoleon Bonaparte: Napoleon II and Napoleon III. Napoleon III is what Donald Trump Jr and Jared Kushner aspire to be. Hell, Napoleon III is what Donald Trump probably aspires to be, god help us all. 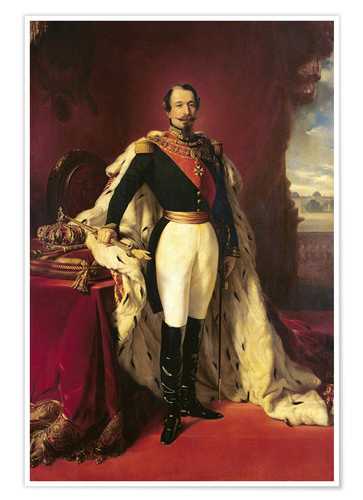 By the way,  here’s a quiz for you: in popular culture, what branch of endeavor has the highest degree of “hereditary aristocracy” today? [See below the divide for my guess] Meanwhile, any indication that the descendants of kings inherit their greatness from their forbears can be conclusively refuted by the Windsor/Mountbatten/Romanoff mafia, and the Bonapartes.

Jared Kushner and Donald Trump Jr are not even in the league of Napoleon III, who at least exhibited good taste while leading France into its most crushing defeat since the battle of Crécy in 1346. Let’s hope Kushner and Trump never get the chance to actually lead anyone into anything, ever.

Seriously, though, what is wrong with humans that they follow the frogspawn of great leaders? A look at some history shows that, generally, they are not the best human beings, but rather the worst. This has been obvious all along – the only reason that anyone takes King Thag II seriously is because his father is probably still kicking around somewhere with his spearmen ready to ensure that his frogspawn is shown proper respect.

We can be quite sure that Trump, Jr., did not write “his” book (in the tradition of his father, who has probably never read a book, let alone written one) and its bestseller status had to be secured by right-wing action groups mass-buying copies on amazon to jigger the bestseller lists. In other words, the people who manipulated the bestseller list were implicitly admitting that they knew the book is unsellable shit. 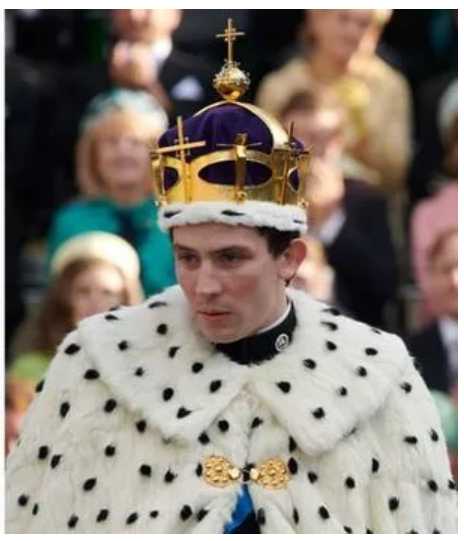 Wales? Mummy I don’t even know where Wales is; I want to go home this hat sucks.

My theory is this: most people actually realize that the offspring of the king is most likely to be a dud. The offspring of a line of kings is going to be a dud with a thud, like Caligula. The citizens are left hoping that they get a harmless loser like Prince Charles and not an aggressive dipshit like Kaiser Wilhelm II or Caligula or Napoleon III.

When you add to the prevalence of idiocy and congenital defects in monarchies, you really need to step back and question hereditary aristocracy as an idea. Just don’t question too loudly, lest King Thag’s spearmen come sort you out.

What’s a failson (pronounced exactly like it looks, just a combination of “fail” and “son”)? He is an upper – (or upper-middle) class incompetent who is protected by familial wealth from the consequences of his actions. The term seems to have been coined by one Will Menaker of the podcast Chapo Trap House, as documented in The New Yorker in this 2016 article.

Ah, you mean a hereditary aristocrat.

The reason I want to stomp down hard on this terminology is because it’s being used to conceal the ugly fact that many American wealthy and powerful do try to create hereditary aristocracies. In principle, the United States was a rejection of a hereditary aristocrat, George III, another incompetent Englishman distantly descended from the king who did win at Crécy in 1346, and therefore fit to rule a massive colonial empire. The US was, specifically, a rejection of all of that shit, and it’s unamerican as fuck to try to establish hereditary aristocracies here, of all places. What’s sad and a bit ironic is that the Trumps are, if anything, a criminal aristocracy – like the Kennedys. If there was a hereditary skill-set there, it would have been rumrunning and stock market manipulation. Perhaps the Trump dynasty will specialize in tax-dodging and bloviation.

Fortunately, those are not genetically determined skills.

One is not born a failson. Nor does one simply inherit the status of failson. No—failson status is earned through a display of equal parts incompetence, stupidity, and arrogance.

Sorry but that’s just wrong. One is born exactly that; a child of a father who cannot produce a great, wise, or mighty child in spite of the incredible opportunity that they have to do so. “Failson” is not a term worth using. It’s just hereditary aristocracy. Confont it – and hate it.

My bet: Hollywood. It seems that if you’re a Fonda, for example, you are assumed to be genetically endowed with acting ability. That is nonsense, of course, but what do you do seem to get is: preference at auditions.

“does King Thag pass on those traits when he lies with his queen?” – there is an entire trope that King Thag lies with a chambermaid yet the child also inherits Thag’s wisdom, might, and greatness. Is it possible that people are so utterly stupid about heritability of traits that they believe there’s something special conveyed in King Thag’s DNA? Now, if a child grew up in King Thag’s palace, and trained with Thag’s guards, and was tutored and trained, he might be the next Alexander of Macedon or Marcus Aurelius. I think that this was one of the most profound and interesting points in Frank Herbert’s Dune – that the Atreides family are aristocrats who have realized that you must raise your child to rule and – more importantly – that ruling is a skill; a skill that requires a unique and multi-faceted education. Walter Jon Williams touches on this even deeper in his fascinating and brilliant book Aristoi, in which he examines what an aristocracy of the future might look like; one in which the rulers truly are the best and brightest products of the civilization. Sadly, Trump chose to raise Donald Jr in line with his personal tastes, which put a low bar on how high he can go. The best Don Jr can accomplish is to be a dud – but, in that, he’s in very lofty blue-blooded company, indeed.

My father’s usual comment when dismissing a particularly horrible person was always “he didn’t pick his parents very well” – which is pretty darned charming since it inverts the entire heritability proposition very neatly.