I had managed to forget that silver work hardens. To soften silver you heat it to red heat (which is just below its melting temperature) and dunk it in cold water. This is exactly the opposite process for hardening steel.

It doesn’t take much to work harden silver, especially if you’re grinding on it, because it heats up quickly. 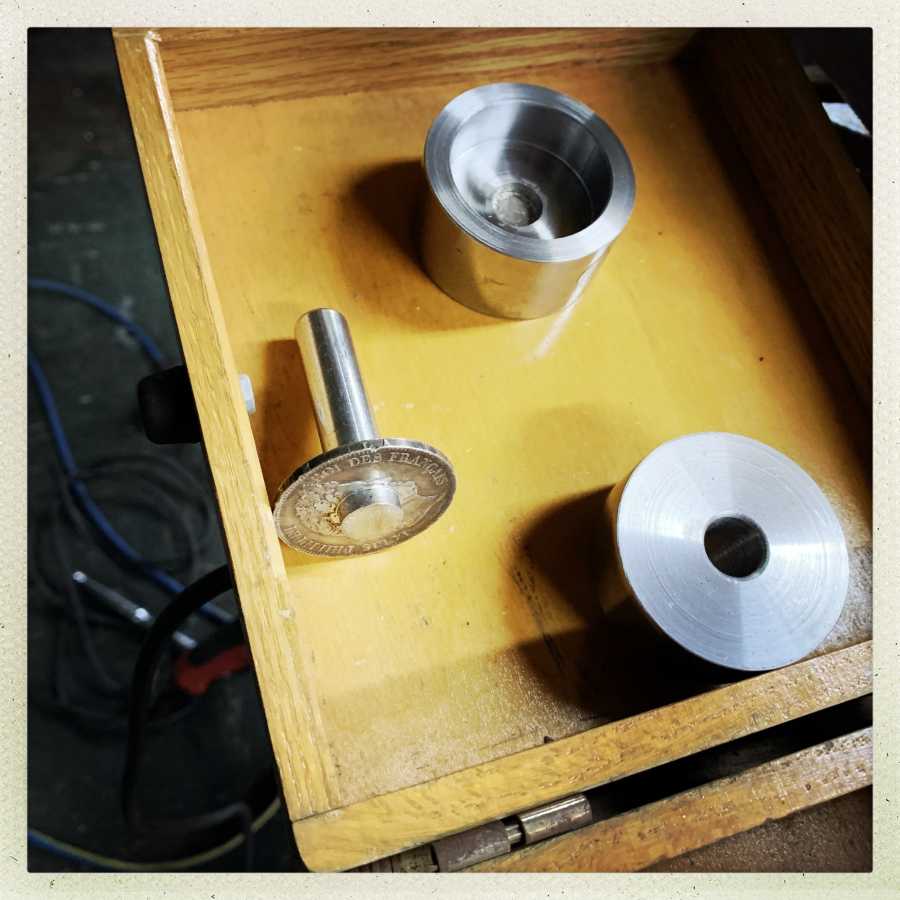 1930s silver French coin with Louis Phillipe on the front. I’m not fond of monarchs and nobles, so I thought he could use a punch in the face. The punch/die worked like a charm: I lined the coin up in the punch holder, put the punch in, and put it in the press, then gave it a little bloop of power. Bam! Instant hole! 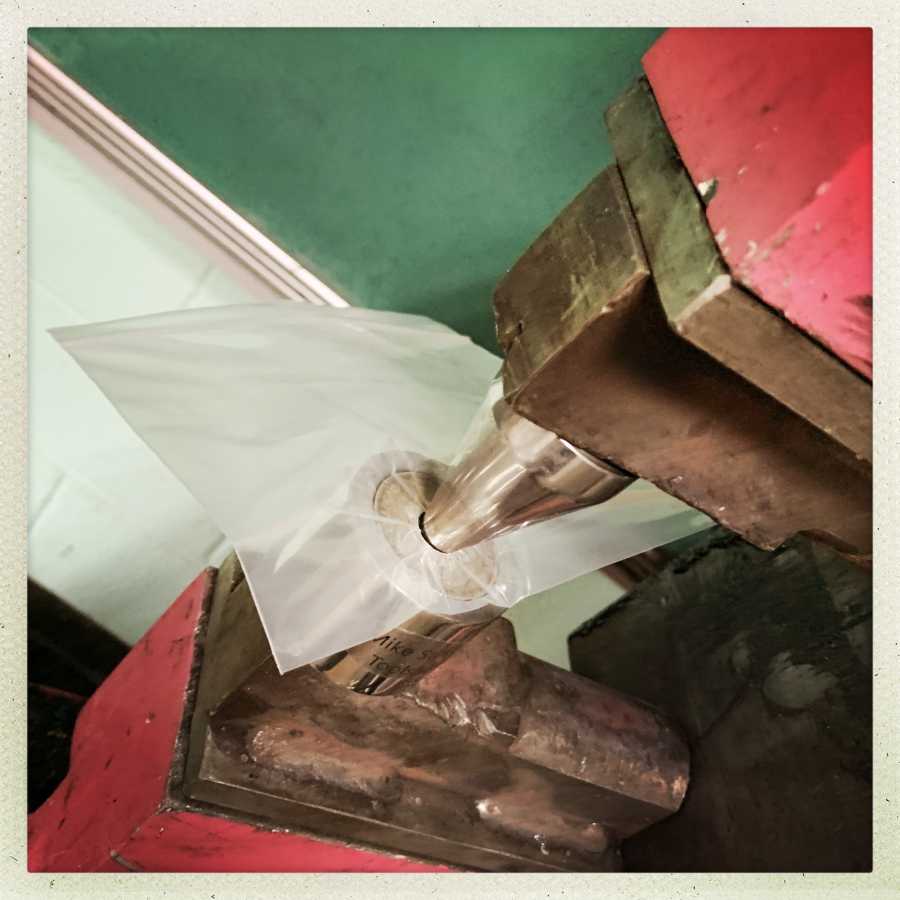 Most of the people who do these use teflon tape wrapped around the coin, to make it slip into the die better. I used heavy duty poly plastic baggie, instead. For one thing, I was wondering if bits of metal might go flying around, in which case a baggie seemed like a natural idea. I adjusted the position of all the stuff before I applied power to it; it occurred o me that careful positioning might be critical. 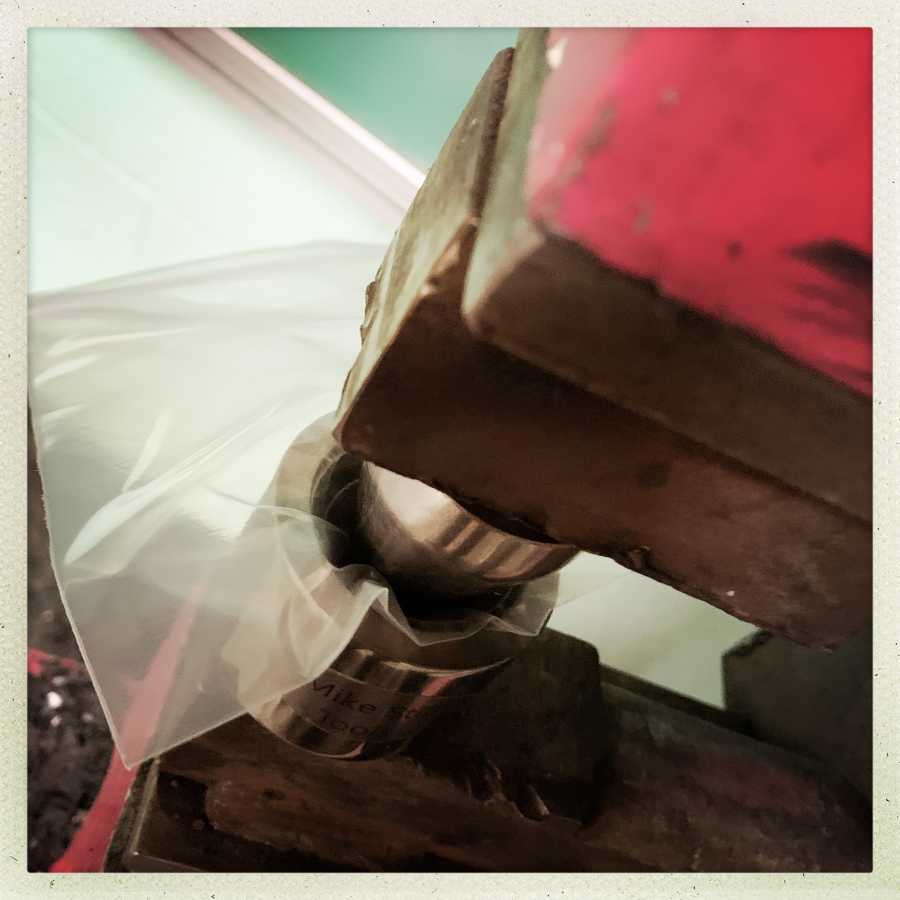 A little tug on the down lever engages the hydraulics. The coin offers no resistance at all – the Pink Press just shoves the die right down and something has definitely happened. But, what? 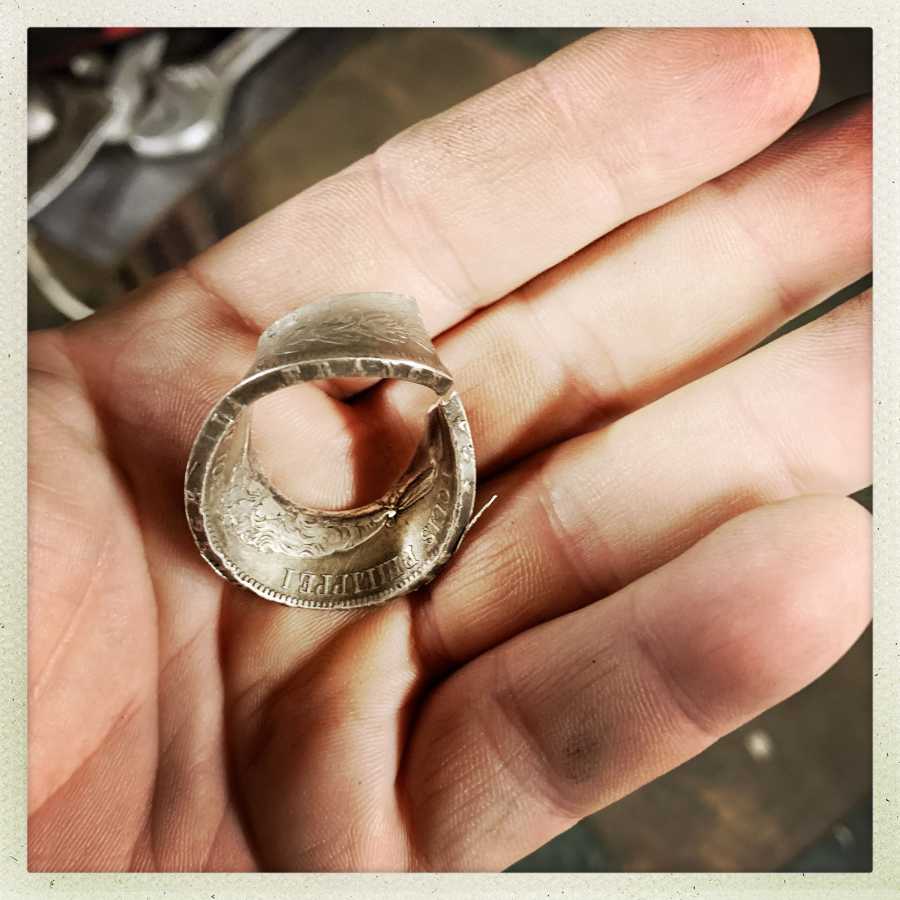 A few things are worth noting. The poly bag appears to have done a good job of protecting the detail in the metal. The inner surface of the press tool and die were unmarked, which is good. I was afraid I might get too enthusiastic with the press and pressure a ring into the press tool. But, it blew the coin apart. There are a few possibilities: the French government debased their coinage and started using something more fragile than silver with a hint of tin. Or the old coin was work hardened from being bling blinged and dropped and passed around for decades. If I had annealed it, would it have been more pliable?

I’m not deterred. The coin of Louis Philippe will make a silver trinket and it’ll be better than Louis Philippe was as a monarch. I have a few Japanese coins coming and somewhere I have some Tibetan coins that (I believe) are silver. I’m going to see if I can rummage them up.

For now, I am marking this technique as “not as easy as I thought” and I’ll do a bit more research.