The recent scandal about college admissions was hardly the canary in the coal mine that we needed to warn us that the US is not a meritocracy. You’d have to be blinkered and blindfolded and white to believe that, but now it’s pretty obvious that the oligarchs are done pretending.

Felicity Huffman is a minor embarrassment to her class; but the justice system had to reach out, anyhow, to show how corrupt it is. [salon]

Actress Felicity Huffman was reportedly released from federal prison in Northern California on Friday after serving less than two weeks in what federal prosecutors called the “largest college admissions scam” ever uncovered by the Department of Justice.

Huffman was expected to complete her 14-day sentence on Sunday, Oct. 27, even though that would mark the 13th day of her sentence. However, she was released Friday. Prison officials confirmed to NBC News that the actress was released Friday under a policy which allows inmates to leave ahead of schedule if their release day is on a weekend or legal holiday.

It was a symbolic gesture to sentence her to 2 weeks in the first place, but they couldn’t even maintain that symbolic facade. Seriously, why didn’t the judge just give her a hug and a bible and tell her to go and don’t embarrass us any more. 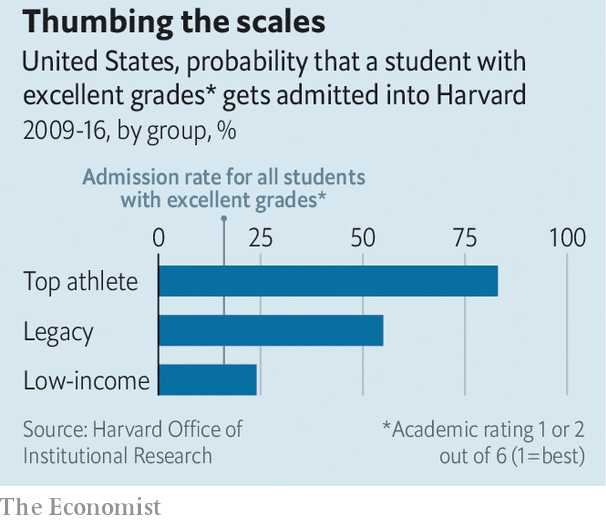 The real college admissions scandal is that a claimed 15%-20% of ivy league admissions are “legacy” admissions. My suspicion is that it’s a lot higher than that and the pure “legacy” admissions don’t include the “well, your dad bought us a new science building so we guess we’d better let you in” oligarchic solidarity admissions. Since I am part of the extended “Hopkins family” I remember when Bloomberg gave $1.5 billion to the university,[nyt] in order to create scholarships for underprivileged kids. I.e.: to offset the 20+% of privileged kids who are going to get in regardless of whether they are talentless slackers, because of who their parents are.

Here is a suggestion for the next Bloomberg who wants to donate a lot to a university: make it contingent on them ceasing the practice of legacy admissions. If Bloomberg really wanted to help underprivileged kids, he’s got to start by dynamiting the barnacles off the existing admissions process – otherwise he’s just perpetuating a scam.

I’d have grudgingly respected Huffman if she insisted that they keep her over the long weekend.

I was a legacy of sorts at Johns Hopkins. The chairman of the admissions committee had carried me around Paris and Spain on his shoulders many times, and I’m pretty sure that had something to do with my getting in, in spite of the fact that my SATs were excellent and I had pretty fair grades. It was clear to anyone (including me!) that I was not going to be an exemplary student – I was too interested in other stuff. Apparently the argument that clinched my admission was that I had gone way out of my way to find a kendo instructor (in 1980, that was a hard thing in Baltimore, MD) and that showed some kind of “stick to-it-iveness” or some such. Bah. But I’ll take it.