I recommend Nell Irvin Painter’s The History of White People. [wc] It’s a valuable anodyne to all of the racist propaganda I have been ingesting and studying over the last few years. My approach to American racism has been to deconstruct its sources; Painter’s (in this book) is to demonstrate how it was constructed, and its sources. She puts the pieces together so you can see how they were assembled, and its an ugly picture.

A lot of the puzzle pieces are dependent on good old American anti-intellectualism. I have tried to trace a few of them in this blog [stderr] [stderr]- the biggest ingredients are wishful thinking and pseudoscience: Americans had decided that they needed slavery to keep them comfortable and wealthy, and they came up with no end of self-justification. The newly founded science of evolution immediately got perverted into social darwinism and flipped on its head to create book after book of bogus theories about who the “caucasians” were, etc. Any rational person nowadays ought to have concluded that race is a myth (because it is!) and ought to eye any attempt to divide people by race as a trace of the power-structure that supports the oligarchy. Painter traces how “blood line” theories are assembled in books like The Passing of The Great Race [I have a copy I keep meaning to review but it’s hard to even get a grip on that great load of bullshit] and The Kallikak Family [ditto] they reinforce bad ideas because there are so many of them that they appeared to be mainstream science.* We still have a huge body of the population, including our dipshit president, who refer constantly to pseudo-scientific racist tropes that imply that there are genetic predispositions all over populations. 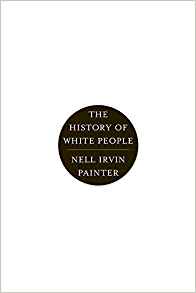 One thing that Painter taught me is the origin of “anglo saxon.” And it’s an important lesson because it demonstrates how American scientific racism operates. We’re all familiar with the term, and most of us probably thought it was an attempt to promote the British as good stock sources of great American bloodlines, etc. [Because the puritans were such stable, great people!] But it wasn’t: “anglo saxon” was adopted specifically to exclude Irish immigrants. Because they’re pale-skinned but we don’t like them, so let’s leave them off the grown-up table. See how that works?

Other things I learned:

In 1911 the US Immigration Commission, under Senator William P. Dillingham of Vermont, had issued the Dictionary of Races or Peoples, a handbook intended to clear up the “true racial status” of immigrants, on the basis of Ripley’s Races of Europe and reprinting many of his maps. Like Ripley, Dictionary of Races or Peoples appealed to questionable authorities like Lapouge and his German anthroposocialist colleague Otto Ammon. Like most attempts to codify racial classification, the Dictionary of Races or Peoples tried to reconcile the warring categories of several different experts through lists of “race”, “stock”, “group”, “people”, and Ripley’s and other scholars races. Its mishmash of categories had left open the gap that Brigham tried to fill.

The 1900s was a period when any Tom, Dick, and Carnegie asshole racist could write a sciency-sounding book and get it published, because Americans were eager to have their biases confirmed with comforting bullshit. So it built, layer upon layer. Painter traces that build-up. It’s interesting, in a weird way – the similarities to creationist epistemology and anti-vaxxer belief systems are unmistakable. You have pseudo-authorities being quoted several levels deep, until finally comes a Sam Harris-like “everybody knows that…” By the way, if any of you have noticed a distinct distrust in me for social ‘science’ writers like Steven Pinker and Yuval Harari it’s because waves of these people come and go, each one leaving another non-nacreous layer of bullshit on the great pearl of American pseduo-intellectualism. And since it’s the topic of the day, you can see how a racist like Jeffrey Epstein absorbs this kind of thinking and turns it into “Jeffey Epstein Supremacy” – all the underlying work has been done for him, all that’s left is to conclude that because he’s a rich grifter, he’s the crown of creation. All of these books are basically “[write your name here] is the crown of creation.”

As author of English Traits and a font of themes usually located much later in the 19th century, Emerson qualifies as a full contributor to white race theory. His enormous intellectual strength and prodigious output made him the source of a crucial current of thought, since he enunciated virtually all the salient nineteenth- and early twentieth-century concepts of Anglo-Saxonism. English Traits expressed the views of the most prestigious intellectual in the United States, elevating its formulation into American ideology. The American was the same as the Englishman, who was the same as the Saxon and the Norseman [What, they got their asses kicked by the Romans and the French?] Thus “Saxon” supplied the key word exiling the Celtic Irish – white though they may be – from American identity. Emerson created a white racial ideal that was both virile and handsome. Towering over his age he spoke for an increasingly rich and powerful American ruling class. His thinking, as they say, became hegemonic. 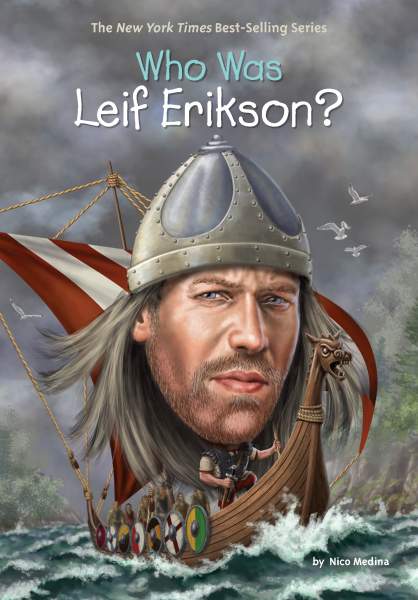 Basically, all these clowns were doing was speaking to people’s confirmation biases. And one of America’s greatest turns on that stage is the capitalist doctrine of wealth. Painter does not closely tie the two together, but I will: the idea that people get rich and powerful because they are “self-made men” etc., owes itself to this kind of pseudo-science and watered-down social darwinism. Pseudo-science tomes sold like popeyes chicken sandwiches for decades; there is no quality control on them. Imagine if, instead of Andrew Wakefield publishing a few studies about autism, we had hundreds of media stars from Tom Cruise to Gwyneth Paltrow churning out self-help books based on the stoned imaginings of some hack ghost-writer. Again, Painter does not draw a line between the ancient crop of racist pseudo-intellectuals like Emerson and Alex Jones and INFOWARS, but I do, and I’m pretty sure Richard Hofstadter would, as well.

You’re rich not because you’re lucky and exploitative, you’re rich because you come from a long line of successful blood, and your success is simply the success of Leif Ericsson coming back to the surface. Never mind that Leif Ericsson was what we’d call a “loser” today – banished from Norway he embarked on a dangerous trip that ended up with him discovering a very unpleasant place to live. If he had conquered Constantinople, or invented a high pressure turbopump for liquid oxygen, I’d be impressed.

The whole premise of this stuff is that there is something genetic in white people that makes them special – not something that makes them particularly murderous, exploitative, militant, and genocidal. If we were to step back and ask ourselves today, “what is the characteristic of white people?” we’d have to point at the pathetic white supremacists that wander around the country dressed to LARP, bent under the weight of their guns, wheezing as they haul their pallid meat into the air-conditioned drivers’ seats of their Ford F-150s. From that perspective, I’m pretty happy that my Irish ancestry (even though it’s nordic via Ireland) is not “white.”

Another aspect of all this that Painter laces through the story is: anti-semitism. That causes a big problem for the genetic racists because Jews exist in populations but apart from them, though nobody who understands modern population genetics will stand up and say that there is something special about the bloodline. Except, you know, lots of ignorant assholes, who appear to both hate and admire Jews for their success. Painter rightly illuminates that issue through a lens of class:

With their working-class readership, Italian and Yiddish newspapers came to reflect the anarchist and socialist views of their readers. The earliest Italian and Yiddish newspapers sprang up in New York in 1880, with the left press appearing in the following decade. The anarchist Il Proletario was founded in Hoboken, NJ, in 1902 as the organ of the Italian Socialist Federation, joining the socialist Jewish Daily Forward founded in 1897. Such papers depicted American society quite differently from the tony journals that couched their race theory in quasi-scientific, quasi-historical terms.

Italian anarchists especially heaped scorn on American self-righteous blindness, above all when it came to injustices inflicted on blacks in the South. True, other immigrants had become targets of labor abuse, but Italians had suffered a special wound, the lynching of eleven Italians in 1891. Il Proletario skipped over the idea of white races and stressed the injustices of black Americans at the hands of native-born whites. A blast from Il Proletario in 1902 asked,
“Who do they think they are as a race, these arrogant whites? From where do they think they come? The blacks are at least a race but the whites… how many of them are bastards? How much mixing is in their “pure” blood? And how many kisses have their women asked from their strong and virile black servants? As have they, the white males, desired to enjoy the warm pleasures of the black women of the sensual lips and sinuous body movements? But the white knights care little for the honor and decency of the black women, whom they use and abuse as they please. For these, race hatred is a national duty.”

The establishment’s hatred of Jews owes little to race hatred and a great deal to the association of Marx, Bakunin, Trotsky, Lenin, and countless labor organizers up to and including Saul Alinsky.

This is a fascinating book. It’s very chunky with information and, if you’re like me, you’ll fill it with post-it notes thinking “I could do an entire blog posting on just this one point.” The audiobook is also quite good, if you really want to absorb this material, you may need to leave it on “repeat” for a week.

* Bad ideas, mainstream science – you may have noticed I have backed off a bit on trying to throw all of psychology under a bus for promoting pseudoscience and racism. It’s not because I think that is wrong, but rather I discovered that my viewpoint might be mistaken for that of a scientologist, since scientologists also attack psychology for those reasons. When you’re walking with scientologists, you’ve probably got something wrong with your approach, so I am re-adjusting.