Here it is: If an atheo-skeptic writes a book purporting to explain morality, be extra careful that they’re not up to something skeevy.

Data points being: Richard Carrier, Michael Shermer, and Sam Harris. Of course there are plenty of philosophers, such as A. C. Grayling who manage to remain thoughtful and (so far!) have not become embarrassments – so this is not an absolute rule, it’s just a new weighting.

Jason Thibeault updated the Go Fund Me page for the FTB defense fund; apparently Richard Carrier has re-filed his suits in order to demonstrate his solid grasp on objective morality and the ethical virtues, or something. Maybe he’s just mad for revenge, though. I can’t tell.

A huge “thank you” to all who bid in my little benefit auction (and to the winners, who promptly donated their pledges) – I’ll be posting the silver gummi bear and the other little knife, probably next week.

Meanwhile, I have continued my experiments in investment casting, with some success. I really need to assemble my vacuum table, but the building hasn’t got walls yet so it seems like putting the cart and the horse in the wrong order. I’m in the process of making silicone molds (for wax) of some pieces of something’s spinal column, which looks like it’d make a simply amazing cane-topper for stroking the noggins of alt-righters, because free speech!

I could do another of these in bronze, or perhaps silver/tin. Pure silver takes about 4 troy ounces, which is around $140 for the metal, so it’s a bit “over the top” for those who are not capitalist stooges.

However: you may recall that I have my silicone mold that I made for “brass knuckles” – I estimate that I’d need about $250 worth of silver to make some bling-as-hell fine silver knuckles. Perhaps with a tastefully positioned ruby or two. Manufactured rubies are pretty inexpensive, actually. Although the ultimate would be for the front of the knuckles to be diamond pave. That’s probably not going to happen, but is it worth the attempt? It’s that or a silver claw hammer with a pink/clear resin handle full of swarovski crystal. I’m not geared to make castings that big, yet: as the size goes up the risk, expense, and difficulty goes up asymmetrically. The scary part, to me, is that all of these things are just within my reach, which means my sense of humor can really start to be a problem if I don’t haul it in. 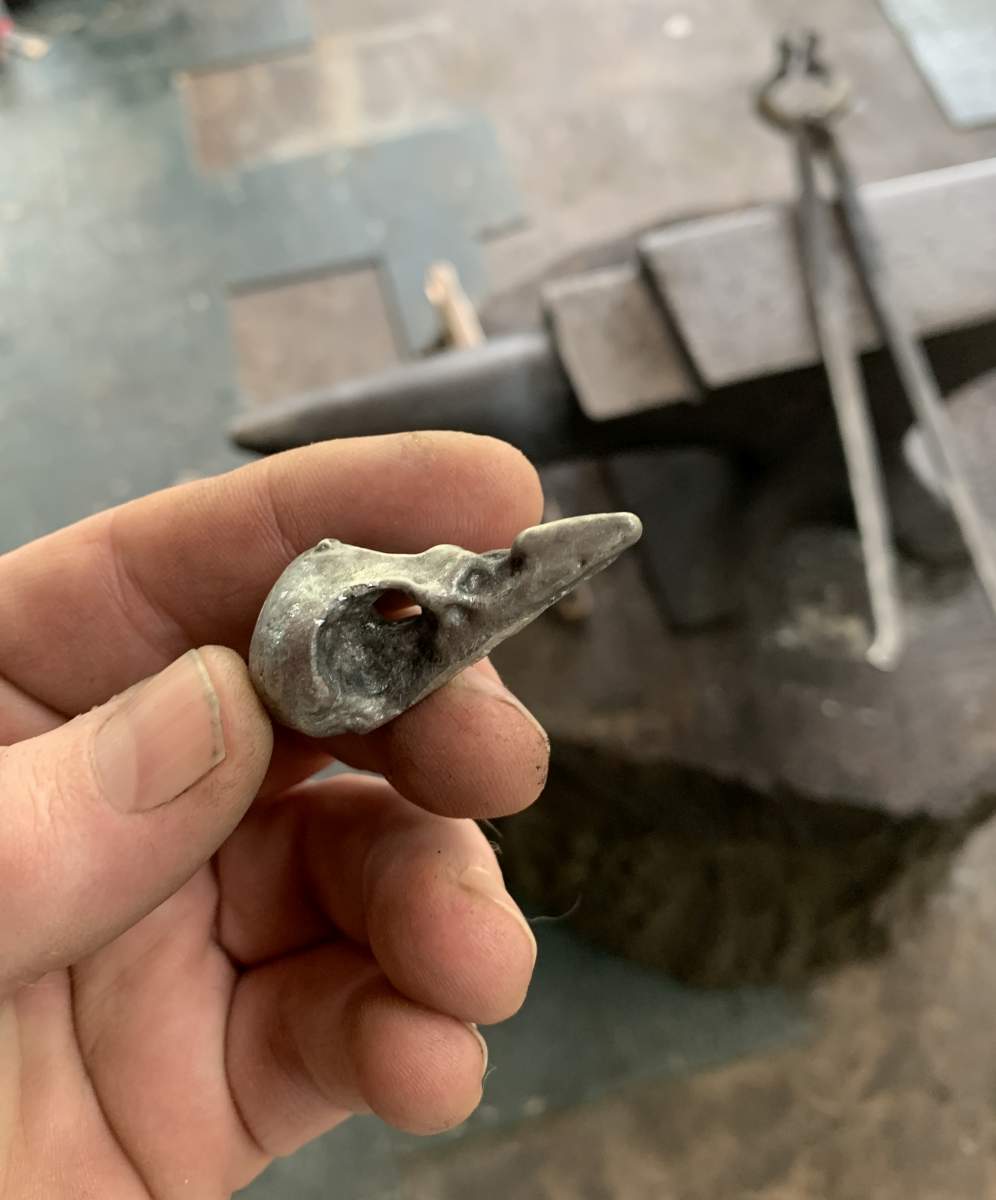 Cat skull cane-toppers (or knife pommels) are also a thought, but the way cat’s orbital bones work, they’d be hard to cast without vacuum.

There’s an inexpensive tin alloy called “victoria” that is ridiculously inexpensive, at $20 for a small loaf of the stuff. I could bang out skulls and wingnuts and whatnot out of that, all day, but it’d still take a lot of work to polish them, and the feel of silver is just so yummy… Anyway, if one of you simply must have silver knuckles or a bird skull or something weird like that, I’m all ears but no promises.