PG&E’s lawyers are considering taking the $71 billion company into bankruptcy as a way of avoiding any successful legal claims for damages people may have suffered during the recent wildfires. [stderr]

Guess who else is “looking at” bankruptcy as a way of avoiding lawsuits? Purdue Pharma. [guard]

Purdue Pharma, the maker of OxyContin, is exploring filing for bankruptcy to address potentially significant liabilities from roughly 2,000 lawsuits alleging the drugmaker contributed to the deadly opioid crisis sweeping the United States, people familiar with the matter said on Monday.

The potential move shows how Purdue and its wealthy owners, the Sackler family, are under pressure to respond to mounting litigation accusing the company of misleading doctors and patients about risks associated with prolonged use of its prescription opioids.

Since Purdue Pharma is a privately held company, there’s no stock ticker run-up I can include to demonstrate how much money the company is worth. Considering that synthesizing opioids is not that expensive, and the quantities are relatively small, I imagine the company has been massively profitable for a long time. They certainly spent a lot on marketing, though now they are supposedly cutting their marketing staff by 50% and not promoting Oxycontin aggressively, anymore. Cynics among you are wondering “what alternative are they going to sell?” Extreme cynics among you are assuming, “no doubt they’ll raise the prices.” 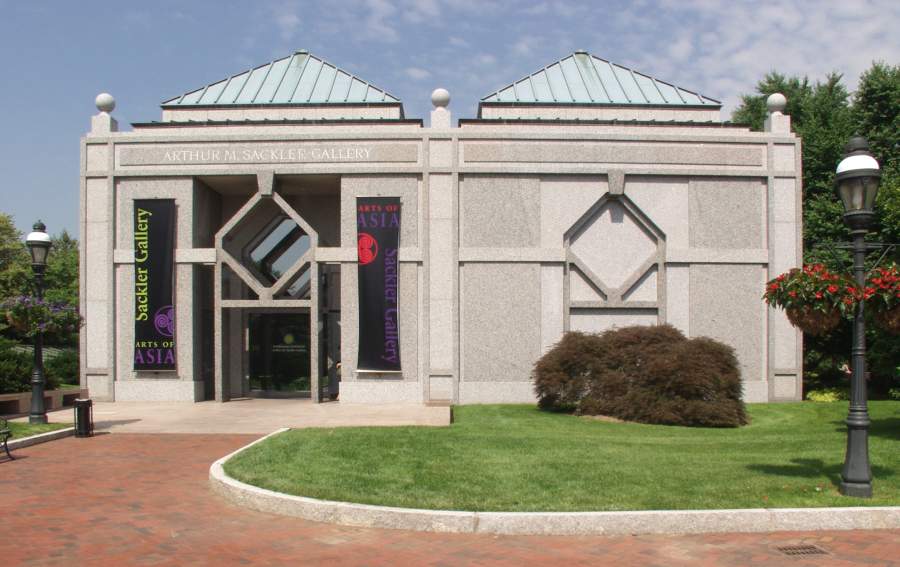 The Sackler gallery in Washington; I admit it’s lovely.

As the company is privately held, we don’t know how much the executives pay themselves, what the total value of the company is, etc., – all the things that would allow the public and courts to better understand what’s going on. Cynics among you are thinking, “surely that’s a coincidence.”

I’m not a lawyer, and I don’t play one on the blogosphere, but I’d like to try an argument on you – namely, that “thinking about going bankrupt to protect against judgements” is an affirmative defense. Affirmative defenses are defenses which admit to guilt but try to wave it away for other reasons, which is why most lawyers won’t advise a client to attempt an affirmative defense unless it’s a last-ditch maneuver. Basically, it’s “yes, I am a serial killer but on my behalf let me say that I was as gentle as possible.” It seems to me as though a company attempting to file for bankruptcy to avoid judgements has just admitted that it’s guilty and ought to be liquidated immediately and parceled out to its victims. After all, that is what they are saying is going to happen if time and the courts take their course.

Maybe the Sacklers could try, “Hey we bought you a fucking museum with the money!” Well, a tiny bit of the money, anyway.

Over at the Journal of the American Medical Association (JAMA) they have discovered that marketing to doctors, worked: [jama]

Findings  In this population-based, cross-sectional study, $39.7 million in opioid marketing was targeted to 67 507 physicians across 2208 US counties between August 1, 2013, and December 31, 2015. Increased county-level opioid marketing was associated with elevated overdose mortality 1 year later, an association mediated by opioid prescribing rates; per capita, the number of marketing interactions with physicians demonstrated a stronger association with mortality than the dollar value of marketing.

Meaning  The potential role of pharmaceutical industry marketing in contributing to opioid prescribing and mortality from overdoses merits ongoing examination.

If Purdue Pharma’s marketing budget for a single product is nearly $20 million/year, their profits must have been ginormous.