One of the nasty side-effects of a market “maturing” is that the large companies that shape the market will use their installed base as leverage to try to split the market so that they can dominate the split part more thoroughly. It’s a gamble: they hope they can pull customers from the other “side” and lock them in. I’m sure that capitalists have some explanation how this makes a market more efficient, but I suspect they’re talking about making the market more efficient for the vendors, and not better for the customers.

I see this behavior all the time, and I loathe it: it makes things more complicated and less good for the customer. Vendor A wants to divide the market with Vendor B, so they agree to disagree on a certain point of technology, and now their customers have to pick “sides.” It’s complete bullshit, to the customer, of course.

When Netflix first started, I subscribed and began building a moderately huge personal archive of media. It was nice: I could find just about any DVD that had been published. But slowly, over the last few years, Netflix decided to get into the movie business, as did other companies that used to be in the media distribution business, and they started not carrying eachother’s stuff. Last year, I realized that Netflix was useless – if I wanted to find a particular movie, I had to search through a variety of options: Amazon, Netflix, Hulu, Youtube – and see which one had which partnership with the distributor of the movie. Is this supposed to somehow make my movie-watching experience better? Of course not: it magnifies the number of vendors that have my personal information and can sell it to marketing weasels for targeted advertising. None of this serves the customer at all. 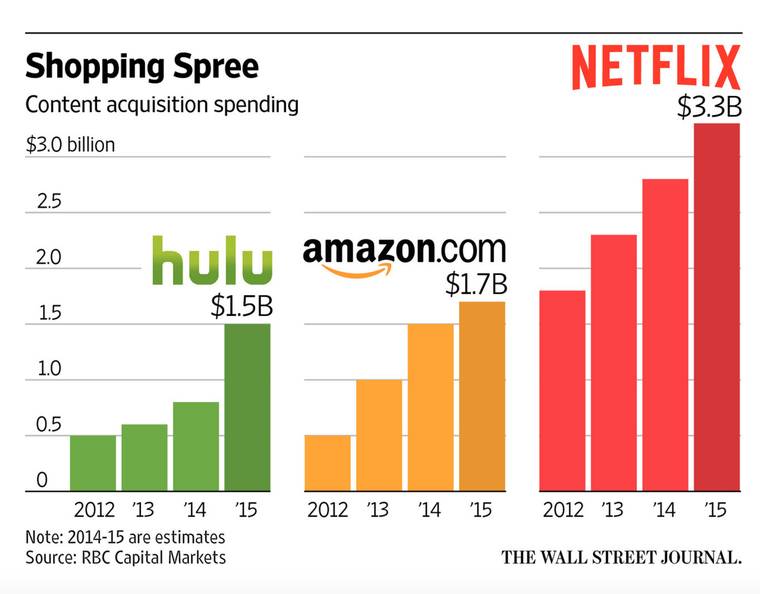 Another example: I’ve been an avid gamer since I first encountered computer games in 1972 at the Johns Hopkins University summer fair; someone from the CS department had a DEC PDP-1 running “spacewar” and I fell in love. Fast forward to the 1980s I worked for DEC, which was one of the great computer companies of the time. DEC and its near competitors (Sun, HP, Sequent, Gould, Silicon Graphics, Convex, Pyramid, etc) engaged in a scorched-earth market-dividing orgy of competition that resulted in Microsoft and Intel being the last option standing. This competition was intended for the computer vendors to shake out the market and see who dominated it – none of it did anything for the customers. In fact, a lot of customers wound up with unsupported hardware made by a company that lost out in the wars. In the meantime, customers were also treated with rafts of features that didn’t make anything better; they distinguished the vendor in the market. In other words: they divided it and made it more complicated and less reliable.

I was already sensitized by this, so when I started seeing gaming console companies dividing the market through “exclusives” I was immediately wary. If you wanted Metal Gear Solid you had to buy a Playstation from Sony and if you wanted Halo you had to buy an Xbox from Microsoft. Some of the game manufacturers produced the same game for both platforms and gamers could see the differences between the platforms: negligible. Sure, there are always “True Believers” in one platform or another, but the situation entirely serves the vendors. It even makes games more expensive since developers now have to code to multi-platform APIs so that, as soon as their “partnership” agreements expire they can make the software available on other platforms. It’s not just the basic graphic and network APIs: the different platform vendors have various micro-payment schemes that need to be adopted, as well as networking protocols, server farms, group-finding systems, and load-sharing. They also monetize the customers differently: do you have to join Playstation Plus to get certain game features? Does the game vendor get a kickback for the customers they bring, or are they expected to pay for the privilege of accessing the captive customer-base?

The ideology of capitalism is that this competition refines a market and makes it better. In fact, it makes it more complicated and worse: we “need” iOS and Android to masquerade as choice instead of customer lock-in. It does not result in a better phone, better apps, or cheaper or more reliable service – it results in two different completely incompatible stacks which anyone who wants to enter that market must navigate; and they pass the costs on the customers.

Of course, it’s true that if one vendor is able to take over a market, they will almost certainly screw it up. AT&T’s dominance of the US telephone system is why the US has a copper-based system that is inferior to European public utilities. They did not compete by making their system better – in fact, they mostly relied on dividing the market geographically, and lying. We’re about to see the same dynamic play itself out again with 5G wireless roll-out: the vendors are realizing that if they call any old thing “5G” they can peel customers that don’t know better from their competitors. In the meantime, we wind up with the same situation we have had for decades: you get great service if your provider has a deal with the dominant local provider – customers get parceled and packaged and swapped between vendors like trading cards.

Amazingly, customers keep falling for this. Remember when Google were the “good guys” and were coasting on their reputation for providing decent zero-cost services that severely undercut other players in those markets? Remember when Google tried to compete with Facebook by dividing some of the social media landscape with “Google+”? If a social media platform is so fucking necessary to society, why isn’t there one that is ubiquitous, which does not suck, and which does not sell its customers as tokens to advertisers? 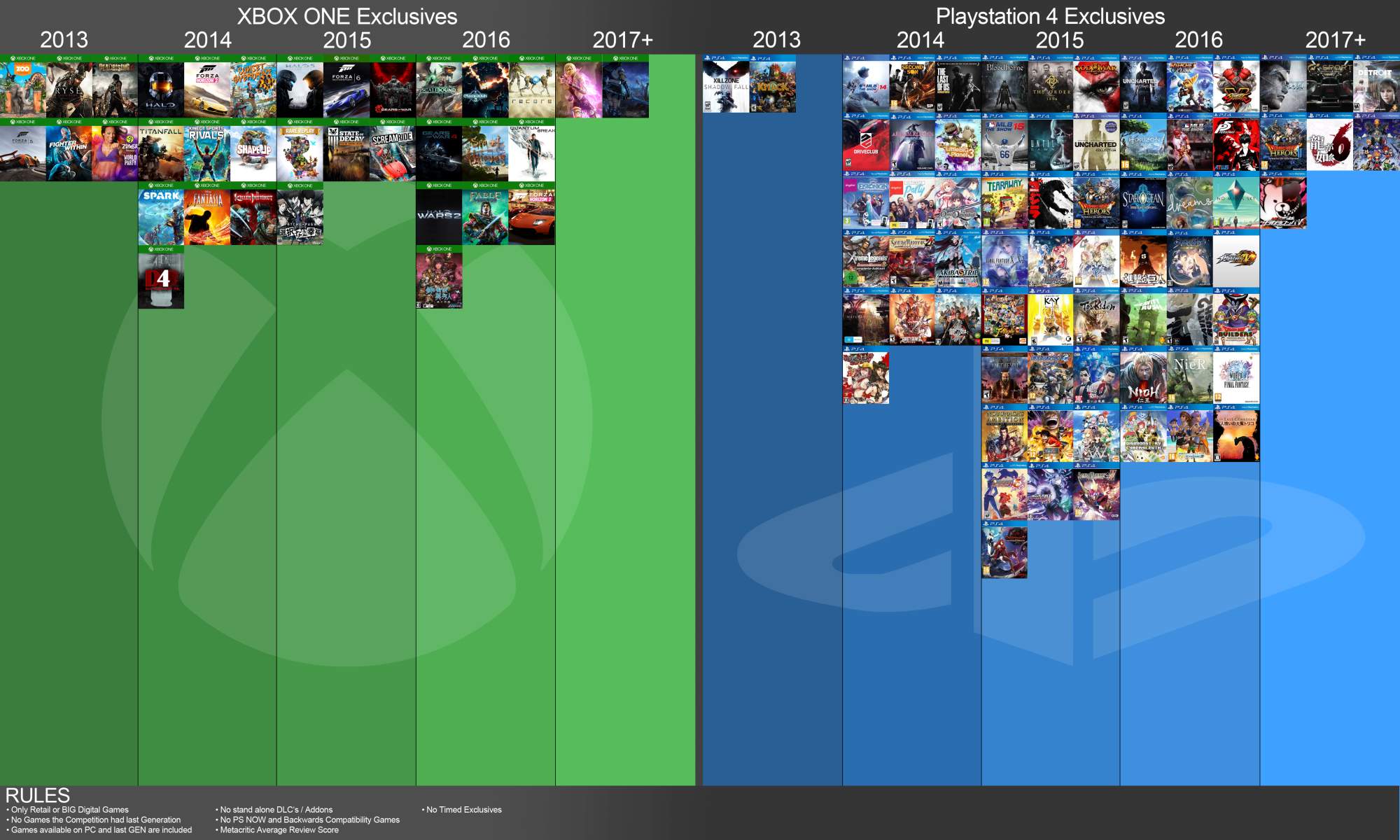 So, I’m no longer subscribed to any movie-on-demand platform, because they’ve begun to play the “exclusively on… ${whatever}” game, instead of competing for customers by providing superior (or low-cost) solutions. Whenever a market begins to divide, I refuse to reward the dividers by paying them for treating me like a poker chip. I did the same thing with gaming platforms: I have a used Xbox and a used Playstation: Sony and Microsoft didn’t get a penny from me to reward them for forcing my choice. If there’s a game I want to play and it comes as an “exclusive” version (most do) I never buy it new; or I wait a couple years until I can buy it for a pittance. Basically, I have opted out of the gaming market, and the movie content delivery market. Why? Because I despise the vendors. I have opted out of the social media market, too – Twitter, Facebook, etc., I realized that the only value they had for me was that I could use them to announce new content or if I was speaking somewhere – i.e.: they were a one-way channel for me.

Am I the only person that this bothers? It seems to me that so many people are happy with the endless rivers of bad software, security holes, and marketing bullshit. Don’t they realize that things could, and should, be so much better? But as long as we feed the system as it exists, it will continue to exist; they’ll keep doing the same old tricks because the tricks have worked so well for so long.

I’m curious: does anyone have some good pro-capitalism ideology for how lock-in makes a market better?

Back around 1999, I realized that standardization only emerges in a market after all the technological life has been sucked out of it – there’s no more money to be made by being incompatible. It’s only then that the big vendors will explore intercompatibility and standards. Or, once one vendor has conclusively lost the battle (see Beta vs VHS)