“If you tax the rich, they’ll just leave!” – I’m sure you’ve heard that one, before. It’s often trotted out alongside the old, “If you change the tax system, the rich will just figure out new ways to cheat.” That made me wonder, is it possible to figure out cheat-proof systems?

What follows is not a real suggestion; I’m throwing it out so that it can be examined and someone can explain to me how wrong it is. It seems to me that the topic of taxes attracts proponents that don’t hesitate to exaggerate things a bit, which makes it extra hard to sort out; if you ask a rich person about taxes on wealth, they’ll immediately tell you all about how it kills jobs, etc. Of course it’s more complicated than that – are the jobs that are not being created entrepreneurial business opportunities, or are they crap jobs mowing lawns for mansion-dwellers in the Hamptons? 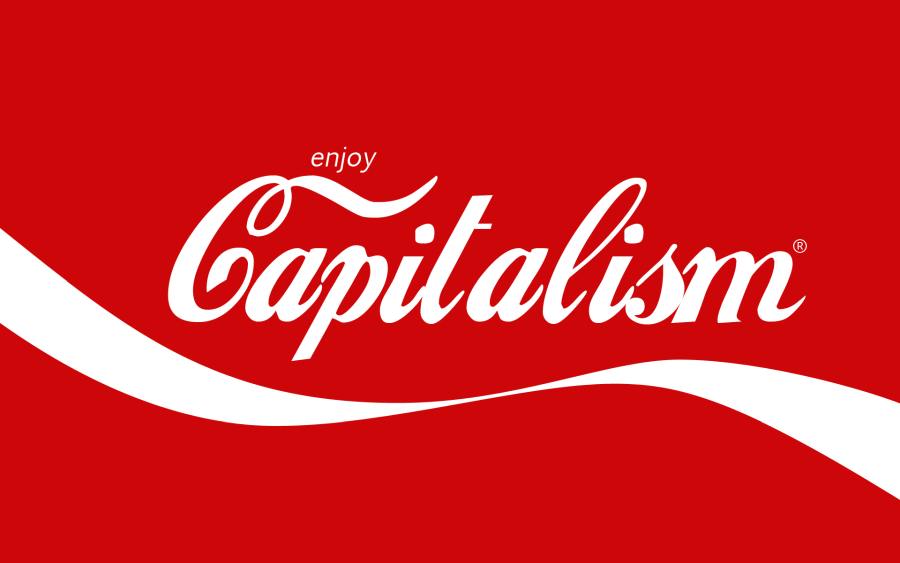 This is a proposal that consists of several pieces. Take any of them in isolation, and it does not work at all, and would probably be dramatically worse than doing nothing. I’ll outline it first then discuss the various pieces and their implications. I freely admit that I’m not an economist, a tax specialist (though I have some experience with setting up tax shelters) an offshore money expert (no offshore money, unfortunately) it’s quite possible that one of you will point out some horrible flaw that hasn’t occurred to me, in which case I’ll update the posting with a warning to stop taking any of it seriously. In fact, I will warn you with that, right now, because you shouldn’t take macroeconomic advice from a computer programmer, let alone an economist.

The problem is “how to tax the rich fairly and ubiquitously, in a way such that they cannot cheat or escape the tax?” That’s a serious problem because, in case you hadn’t noticed it, tax cheats are very willing to rob from their fellow citizens by not paying their fair share; oddly, it seems as though the richer you get, the less you’re willing to contribute. As Warren Buffett famously pointed out, he pays less taxes than his secretary – which was an odd thing to point out when he was perfectly capable of whipping out his check-book and fixing that problem with a $2bn donation to the treasury.

Like holy water and garlic to vampires is inflation to capitalists. Inflation, by itself, has a terrible effect on an economy – it encourages people to just spend their money before it becomes worthless, it makes it worthless, it stifles investment (once your money has become worthless you can’t invest in anything) and it makes market prices go haywire. Radical cases of “hyper inflation” have collapsed governments, or are useful as a weapon to collapse governments (the way US sanctions have caused hyper inflation in Venezuela) – it hurts everybody. Of course, it hurts everybody disproportionately; someone with more money has more buying power to lose than someone who’s got a pittance in savings.

When I first had this idea, years ago, it was because I was discussing hyper inflation in Weimar Germany with a friend; he mentioned that for some people it worked out OK; as the value of money decreased, some people who had cash reserves were able to pay off existing mortgages, easily. After all, if you have a $150,000 mortgage and suddenly the cost of a boiled egg is $2,500 because prices have been inflated hugely, you can sell a couple of eggs and pay off your mortgage. That’s one of the other insidious bits of economic damage inflation causes – it throws a lot of the prices for existing contracts out of whack. Banks’ reaction is to immediately stop writing loans, which makes the problem worse.

If you’re wealthy, and inflation suddenly obliterates half of the value of your savings, you’re going to be pretty unhappy. If you’re poor, you’re going to be pretty unhappy, too, because a boiled egg is $2,500 and your monthly rent is $1,250,000 and your crap job just got shut down because nobody wants to spend any money even if they have it – prices are making it worthless. When I was a kid in France they still talked about the devaluation that happened, when the old French franc was declared basically worthless, and the economy switched to new money; citizens were allowed to transfer a certain amount of wealth but the rest just … evaporated.

Inflation, economists tell us, is a behavioral phenomenon as well as a side-effect of lack of confidence in the government and its currency, most usually a result of a desperate government that lacks wealth simply turning on the printing presses. So, what happens if a government tries to manage the side-effect of lack of confidence and price-gouging and uses carefully tuned inflation – “taxflation”, let’s call it, to trim wealth from the top of the economy in order to move it to the bottom?

Let’s imagine we have a country where 75% of the country’s wealth is in the hands of 1% of its citizens. Obviously, they’d like to re-balance the economy, but the rich have made it clear that they will simply leave the country or cheat (more than they already do) if they are targeted with taxes. So, radical populists take over in a non-violent election and announce that they are re-balancing the country’s wealth using taxflation. These are the steps:

See what we’ve done? The rich just lost half their wealth in the form of a tax, inescapably, invisibly, and it works whether they’ve got their money held in secret offshore bank accounts, or not. Of course they are positioned to try to immediately regain it – a person whose wealth was tied up in real estate still owns the real estate and it’s still worth the same amount, adjusted. And look at all the new buyers that are looking for a nice property to own!

As I said, I’m not an economist; I’m sure I’ve overlooked something huge. Other than the fact that the rich would immediately try to turn the military on the people and stop the whole process. But once it’s announced, it would be hard to roll everything back.

Here’s the part I am really unsure about: taxflation would result in injecting an incredible amount of money back into the economy, and that money – unlike the vast wealth the rich pile up and sit on – would be high-velocity money: a lot of it would get spent and would circulate rapidly. That would tend to drive prices up due to availability. That would be inflationary, and it would be the wrong kind of inflation. To rein it in, there are the normal tools: price-freezes, low interest rates (to encourage people to take their time and not pile up money) etc.

I think the whole idea’s nuts but I can’t see why. The reason I am inclined to believe I’m missing something huge is because it sounds fairly simple – and I’m extremely leery of economic recommendations that seem simple; like, you know, “give the rich more money because they will share it around.” At the very least I don’t think this idea is more absurd than trickle-down economics; perhaps this is “trickle up economics” – we acknowledge that the rich are going to stay rich and will get right back to their old tricks, but we sure showed them a thing or two. 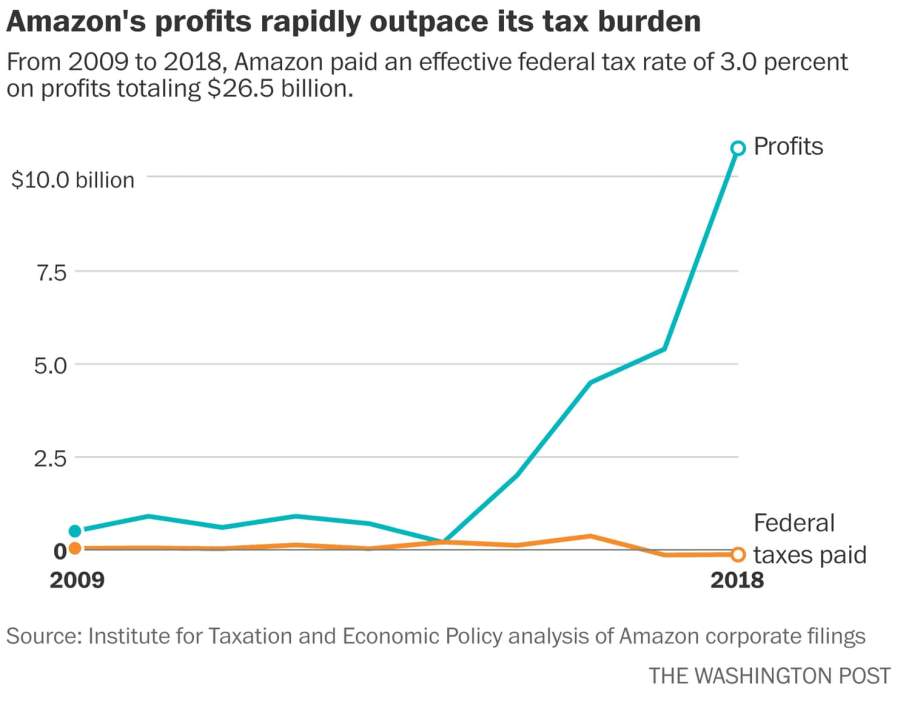 Here’s another piece of the puzzle that I don’t understand: what I’m describing is exactly the same as if the rich simultaneously decided to un-hoard all their money and start buying things with it. Again, it would be high-velocity money that would drive up inflation. In a normal scenario the rich don’t want to do that because the inflation they would cause hurts them more than it does anyone else. Is inflation a “mutual assured destruction” scenario in economics? That brings me to my second question: is it possible for the poor to create inflation? It seems to me that they cannot. I’m sure that’s just a coincidence of how things work.

One more reason that something like this is completely impossible: governments are run by corporations, now. It’s not simply that corporations cheat on their taxes (e.g.: Amazon made $239bn last year and paid no corporate tax! [cbc]) they control the government to get the government to create ridiculous loopholes for them to drive through. Taxflation would actually affect companies that have been stockpiling money and cheating on their taxes. That would not be permitted.

This trick could only be played once, and it would have to be done as a surprise.

I feel like I need to re-emphasize: this is not a serious proposal. It’s never going to happen. It never should happen. The rich, and companies, should pay their taxes and it’d be no problem at all.

Unrelated but related: Why is there a statute of limitations on tax cheats? My accountant once told me a story of one of his friends’ clients who used to game the IRS’ account 3-year review limit, by filing a return then waiting 2 years and 9 months and filing an amended return that was substantially different. The amended return claimed that he owed vastly less tax and the IRS would dutifully issue a refund, which set a clock ticking for the remaining 2 months during which they could audit the return. Usually he made a point of being out of the country and unreachable during that time. Apparently this technique worked well enough that he pocketed “several million dollars” over the course of a few years, and never saw the inside of a prison cell unless he happened to be visiting one as a tourist.