Coming in to Luxembourg, the pilot said that the airport was queueing incoming flights because of dense fog; we spent 30 minutes orbiting the airport then did a “failed approach” landing attempt, circled some more and finally landed.

I agreed with the pilot’s decision to fail the approach – the fog was really thick and very low; usually as you descend you break through to a clear layer but this time there was no clear layer, it was pea soup all the way down. 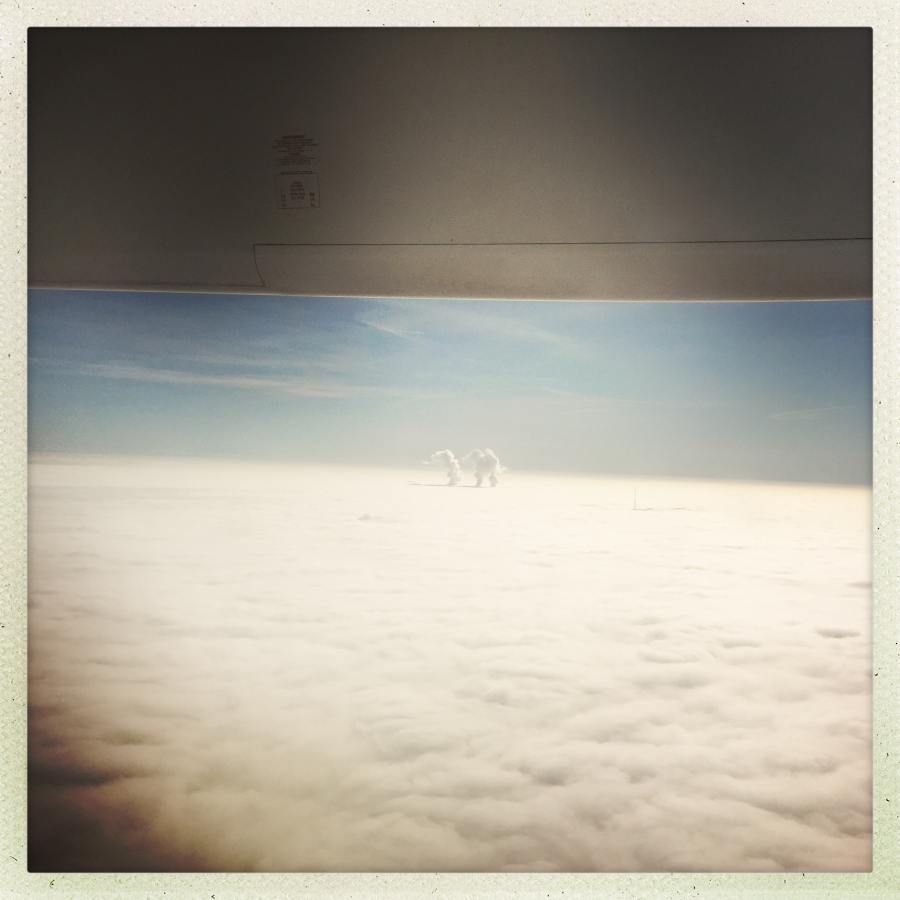 The fog layer was very thin – you could see a few things sticking up through it, and it was fun to speculate what was causing various ripples in the upper surface. The plumes above look just like the plumes over coal-fired power-plants back home. But that may be Cattenom nuclear power plant, not a coal plant. [wik] The scale of clouds and vapor-plumes is notoriously easy to confuse.

This one is a bit harder to see because of the scale. Our eye/brain gestalt makes objects like this against a white surface stand out very clearly but the camera doesn’t process data that way: 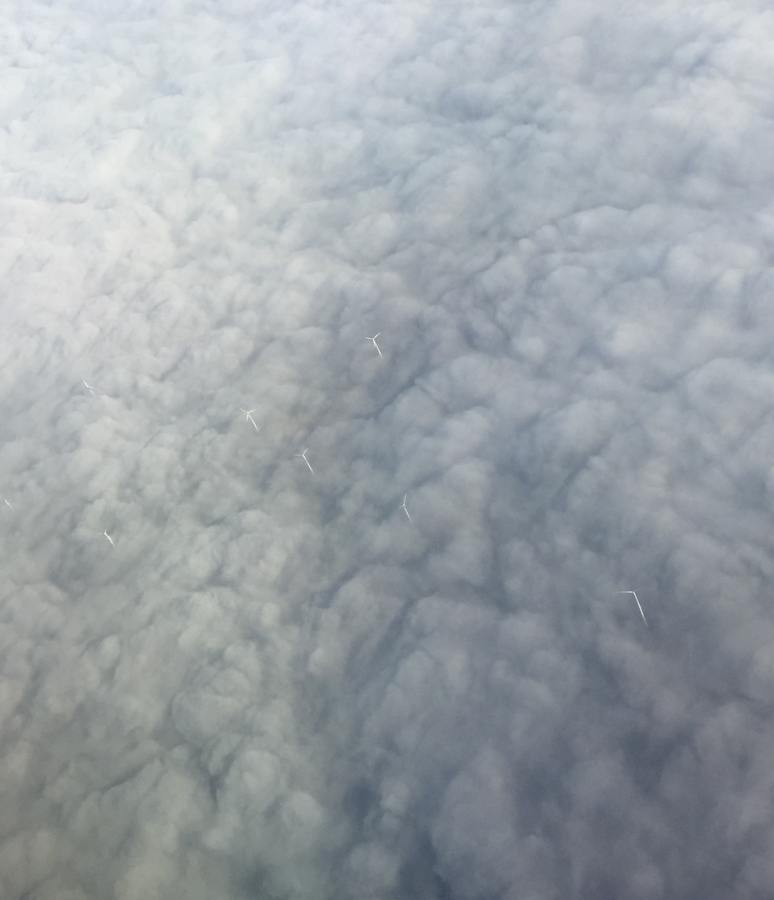 See what I mean about the clouds being low? Windmills are not that tall. We did several laps past the windmills and the first couple times by I thought “wow there are a lot of windmills here” until I realized we were making a big gentle circle.

Mustn’t Upset the Pope! » « Remember The Outraged Cries of “Antisemitism!”?