This less-than-lethal tactical tool is made of solid polyurethane resin, suitable for a lifetime of hard use situations. 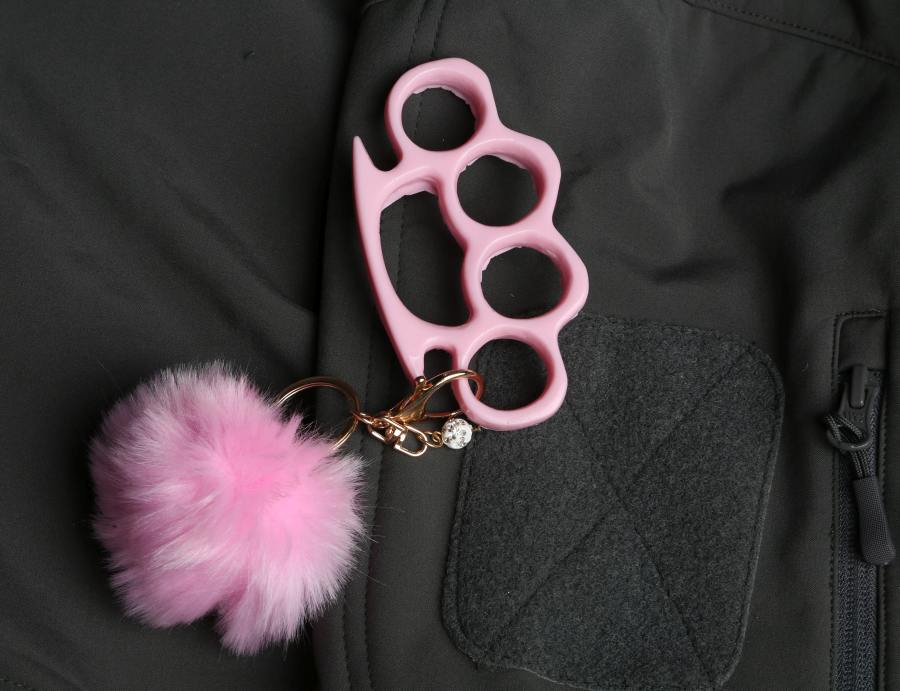 Break the mold. With your fist.

This item is in need of a home. Usually when I make stuff like this it winds up on a shelf. Anyone want it?

Part of the paranoia that I see in various “tactical” products is an outgrowth of xenophobia and toxic masculinity. After all, an aluminum-bodied flashlight is just a flashlight; it’s only “tactical” if it’s junked-up to look intimidating. Part of the semiotic landscape of toxic masculinity is the black armor of Sauron, the SS uniform, the embroidered skulls that announce “we are the baddies” (per Mitchell and Webb) – Darth Vader wears black and the awkward and useless stumble-bum clone troopers wear white.

It seems to me as though the “tactical” folks are an incoherent mix of fears and aggressions that they, themselves, don’t understand. I’ll mention one thing, though: a lot of “home defense” products are oriented toward the idea that some unidentified other is going to launch a home invasion attack that requires maximum aggression to counter. The vague threat of home invasion was one aspect of American frontier masculinity – in spite of the reality that it was native American’s homes that were being invaded, American settlers established the excuse that “indians attacked” which they could trot out whenever they wanted to go on a rampage of ethnic cleansing. We cannot ignore white southerners’ fondness for the “black men raping white women” trope, either – what else did they need all those guns for, unless it was to put down the occasional slave revolt?