Since it’s clear that the covers have come off of political lying, let’s get a better crop of liars.

It’s hard to avoid chasing the news-cycle nowadays, since the lies change the news-cycle faster than most inattentive, cynical, people can keep up with. So, by the time you read this, Virginia governor Northam’s yearbook story may have morphed into another instance of the frenetic activities of the hyperactive Russian hacker corps. 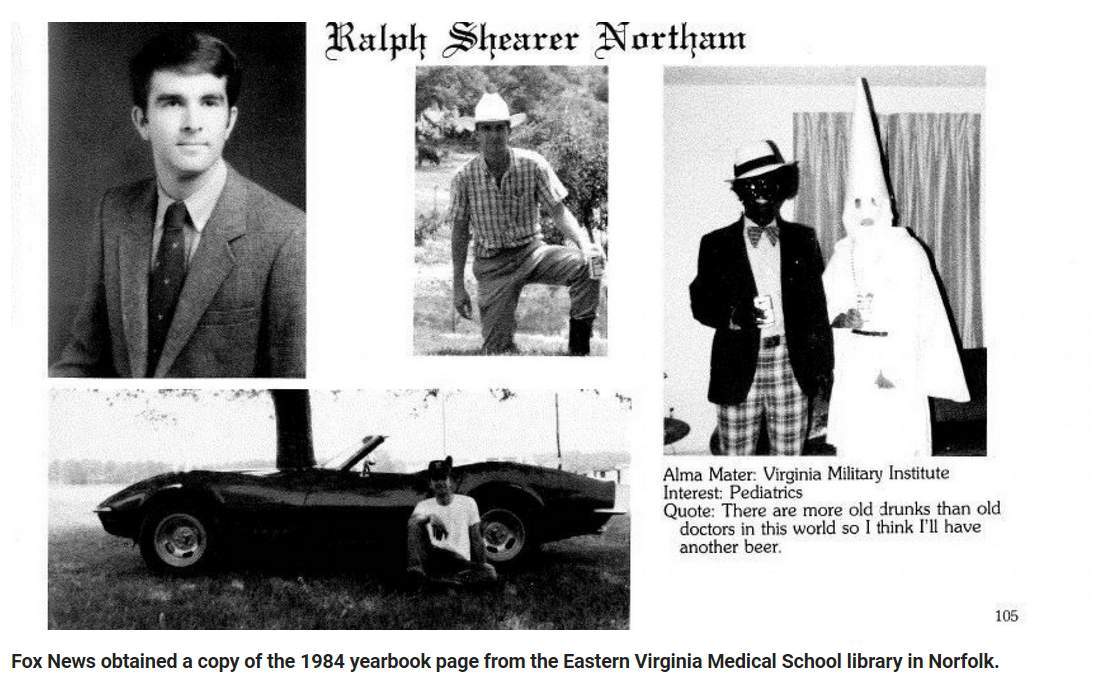 At one point, Northam said he was in the picture but couldn’t remember which costume he was wearing. At another point, he said that maybe the pictures had gotten mixed up with some other asshole’s. I remember when American politicians’ lies used to rock the world, and now we’ve just got this pathetic “dog ate my homework” stuff. It does not meet the relaxed standards for a high school student’s lie, let alone what we expect from elected officials.

The beer jokes and the corvette go together for some excellent subliminal messaging. This was in the pre-failblog/youtube days, so the connection between “asshole loses control of corvette” and beer was not fully established. I find it incredible to imagine that the page was laid out using some pictures from someone else’s page. For one thing, I remember early in 1981 when my senior year high school yearbook was to be published – we provided “camera ready copy” of the page as we wanted it laid out and we got a facsimilie of the final, for our approval. That was the spring that my friend Willy M. went around with his old Pentax K1000 and did portraits of me, and Tom S., and shot his own yearbook page, which was vastly superior to every other kid’s yearbook page in the book. I remember he sat me out in from of the main hall, under a tree, and did pictures of me sharpening his Buck knife. Back at that time all the preppy kids carried big chunky Buck knives (to high school) the line was drawn when one kid started carrying a fairbairn-sykes commando dagger with a tigerwood handle and brass fittings. I later traded that knife for my first motorcycle; it was a beauty. 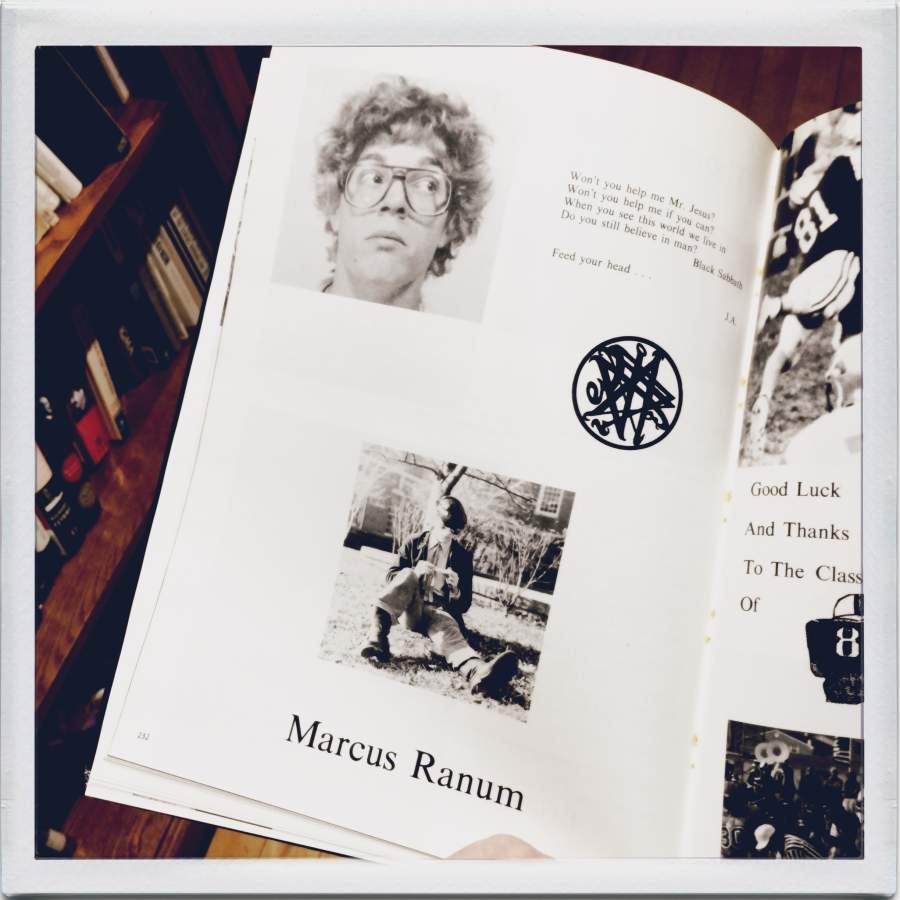 I find it incredible that someone would forget the pictures they assembled and selected for their yearbook. Perhaps beer was involved. Perhaps, a great deal.* It’s weird that I remember all that so clearly. Perhaps I didn’t drink enough beer.

If the governor’s saying he doesn’t recognize himself in the picture, then it’s probably just that he’s the one in the hood.

This does raise an interesting question, which is whether it’ll be possible, eventually, to have a clean enough background to get past the retro-scope. What if it becomes attractive, or even necessary, to run complete non-entities for office, so as to avoid the slightest whiff of impropriety? My take on all of this is that people who want to run for office should own their impropriety and let the chips fall where they lay. Of course we’ve seen that “let racists be racists” just means we get a president who can’t stop blowing his dog-whistle.

* “Boofed” was a popular term for drinking so much you threw up, when I was in high school.

I didn’t actually care for Black Sabbath that much, but I included the quote as an oblique christian-troll; a lot of the school were pretty religious. Perhaps someday when the US has completely flipped over to christian dominionism, that Black Sabbath quote will be used against me. My photo of myself wearing the American flag as a diaper might be problematic, too. There are other pictures of me out there that probably oughtn’t be out there but I think I have good excuses to cover all of them. I don’t expect anyone to ever care, anyway.