My furnace died last friday, and the tech came out, replaced a bunch of filters and the jet, bled some gunky-looking oil out of the line, and everything was fine. As he was leaving he said, “I’m going to put a call in for a fuel drop because your tank is at about 1/10.”

1/10 of 250 gal is 25 gal. Depending on the weather, I burn about 10-13 gal/day in the winter (normally the furnace is cold and I fire it once a month to keep it from mechanically locking up). Now, there’s an irate polar vortex giving the area unpredictable weather and it’s -5F outside and my 1/2 mile-long driveway is mostly ice with a few patches of snow. The oil company dispatcher called me and said that the delivery truck driver took one look at my driveway and said, “nope” and wondered if I could shovel it or put sand down or something. Sand? That’s not happening, either. 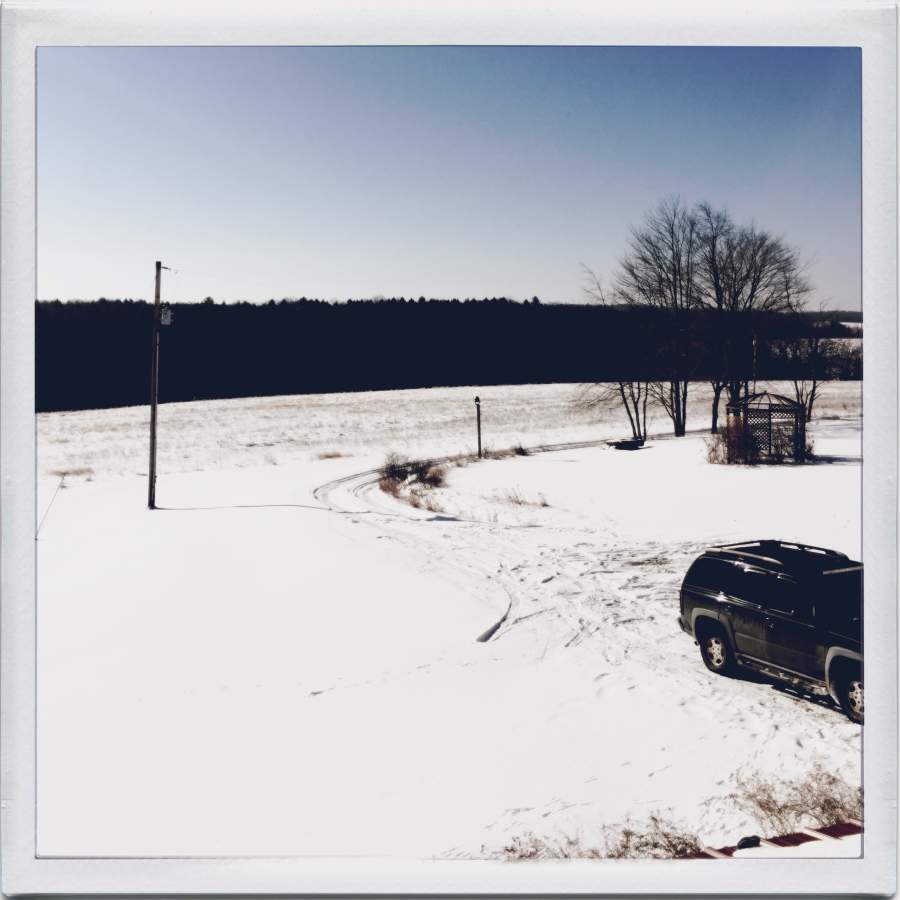 It’s not really bad. It’s just that the fuel trucks aren’t 4x4s with cleated tires and they don’t know the terrain like I do.

Funny how things go from just doodling along with all the indicators in the green to, “uh oh.” My house has old-style cast iron radiators, which I had installed during the big renovation in 2005, and if it freezes, I know from experience that the radiators can crack or explode. The one time before when that happened, I needed a new chunk of living room floor* and there was a piece of cast iron radiator stuck in the wall.

Now, I am formulating plans.

How did this happen?

Normally, the oil company delivers fairly frequently. Since I did some tuning last year to make my furnace more efficient (and therefore more susceptible to gunking up) I don’t use as much oil, so their computer probably pushed my delivery schedule back. I know they use some kind of computer model for scheduling. But the result appears to be that the system becomes more precarious when the endpoint gets more efficient, if the weather becomes less predictable. Last week it was 40F out, before it snowed and iced up. Obviously, I should have called for a drop, and I would have if I had thought ahead and realized that the polar vortex is destabilized and weather is going to be more variable.

Obviously, this won’t happen again (I won’t let it) and I will have ample time to build that into my reminder-awareness as I sherpa jerricans of diesel around.

* water radiators tend to run the water through black iron pipe, which is a fine solution except that the radiator water is then full of iron oxide, which stains an oak floor a lovely shade of black. Fortunately, the contractor’s insurance covered it.

I called my dad to check and see if he had any super secret Minneapolis Minnesotan advice. He immediately ran through Plan A and Plan B without prompting. He suggested I could heat-tape the radiator lines, leave the pump running to circulate the water, but then I’d still have to evacuate all the freezables from the house.

When I go to the studio to get the jerry cans, I am shutting the water off and draining the line. Fortunately, that’s really easy. I did the plumbing over there and there’s only one line that services the toilet and darkroom sinks, and I designed it to gravity-drain by running it up into the ceiling beams. So it gravity drains like a fountain at Fontainbleau.

A Guest In the Forge! – 1 » « Generalizing Behavior Between Species – Part 1