Pavlov’s apparatus sounded suspiciously sketchy, to me. Maybe that’s because I’ve gotten used to measuring things like a machinist: “15 drops” is not precise enough, I’d expect accurate measures to 1/10,000th of a drop. The illustrations we see of “Pavlov’s Dogs” are an approximation, but there’s already too much hose and surface; you’d lose a couple drops (at least) and I don’t think that the difference between unstimulated dog drool quantity and stimulated dog drool quantity is going to be dramatic.

Searching for “Pavlov apparatus” turned up plenty of illustrations, but few photos. I have to admit that immediately made me suspicious – I’d expect that if the apparatus was not cobbled-together crap, there would be lovely photos of it. Cameras existed back then and I’d be surprised if any legitimate experimenter would feel it necessary to conceal their gear. I love doing internet searches, so I thought I’d see if I could find some good pictures of Pavlov’s gear. I found some good pictures and more, pulled together [info]. 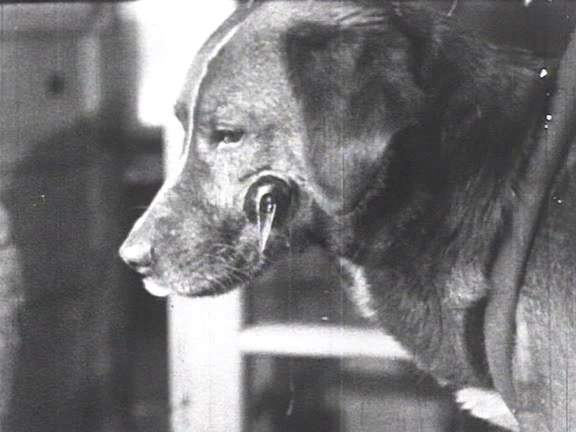 I assume Pavlov never went to a dentist. Here’s an experiment: put a toothbrush in your mouth, with end of it between your cheek and your gums. Leave it there for a while. Make a rough assessment of how much you drool with an object in your mouth, as opposed to normal. Now, imagine you’ve got a hole in your cheek and some apparatus is shoved through that hole into your mouth.

One of the first rules of measuring apparatus is that the apparatus should not interfere too much with the thing being measured. Because, then, what are you measuring? First question: do dogs drool symmetrically when they have a hole in their face?

Sure, Pavlov was one of the primitive forefathers of psychology, but: this is hackwork.

Also, what did it demonstrate? Learning. Whoah, never saw that one coming. Animals can learn. Presumably Pavlov never gave a horse a good brush-down then asked it to perform. Or played with a dog, for that matter. Dogs will come to you (and listen to you) if you give them bacon. I experimented on several dogs and determined this. What did Pavlov’s famous experiment determine, that there are learned behaviors? 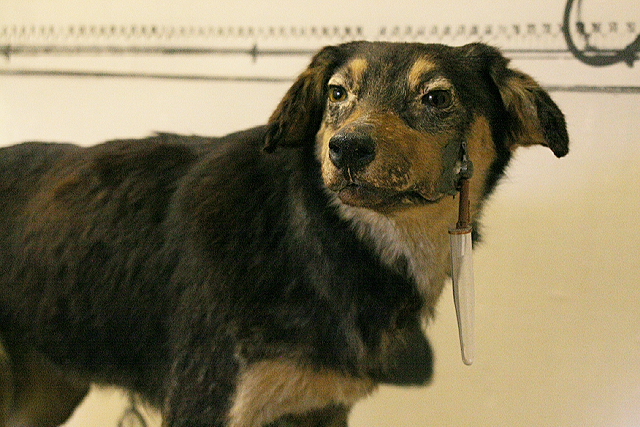 This is really sketchy stuff, so far, but Pavlov was only getting started. 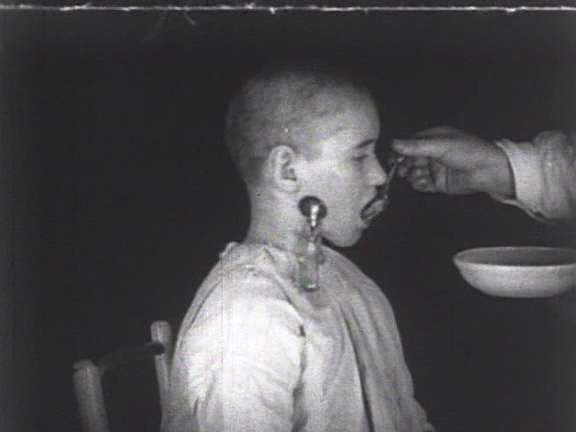 Now I have to call “bullshit” again: how are you measuring saliva when you’re feeding a kid gruel or whatever that is? This is not demonstrating a learned response to a stimulus. It’s just pseudo-science and sadism masquerading as science. Just in case you thought Zimbardo’s Stanford Prison Experiment was as bad as psychology gets, this will cure you. 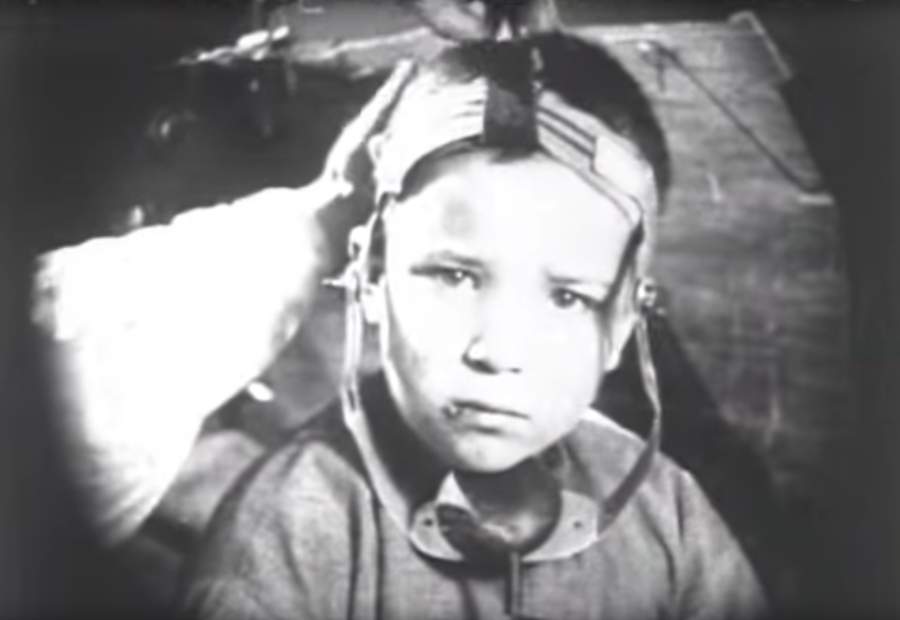 There’s a movie of Pavlov’s cabinet of curiousities, entitled: Mechanics of The Brain (1926) – by the time Pavlov was an important, senior science figure in Russia, he had his own laboratory at the Leningrad Medical Institute. The experiments on children were performed by Professor Krasnogorskii of the Institute.

“as bad as psychology gets” – we could have a cheerful debate about that topic. My candidate would be when Sigmund Freud devised a theory that the shape of a person’s nose affected their attitude, so he performed an amateur nose-shape-adjustment (I won’t call it a “rhinoplasty” because plastic surgeons, in theory, know what they are trying to accomplish) on a young lady who was unhappy. It turned out that having a shorter, bobbed nose, didn’t make her feel better, especially when infection ensued and she wound up disfigured and massively scarred. Freud managed to bury the incident fairly well. I suppose that it marks a low-point in the founder of psychology’s career, so everything afterwards was definitely a significant improvement.

The invention of frontal lobotomies, and the 50,000 or so patients who had their brains altered with an ice-pick, would be another low-point for psychology. Or do we blame the psychiatrists for that one? If it was the psychiatrists, they got the idea from psychologists, so score them both a big black mark for that one.

Link to the 1926 film: (according to wikipedia, it was Russia’s first science documentary)