The Wonderful Wizard of Oz is not a book I have read. Naturally, parts of it have leaked into my consciousness from various sources – it’s a remarkably pervasive fountain of memes.

One of the NPR Planet Money podcasts (I believe it was) mentioned that The Wizard of Oz was full of allegories about gold, because Baum was a “gold bug” – one of those financial woowoos that believe that money only has value if it’s connected to piles of rare materials.

Did you know that? It was a surprise to me! 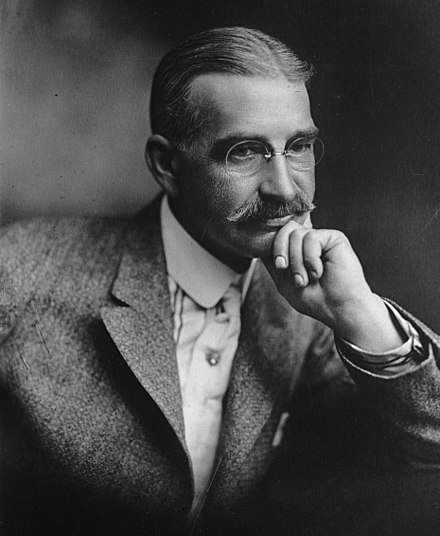 The Emerald City represents greenbacks. The mighty all-powerful wizard who resides in the city of greenbacks, who is just a sham with no real value, represents the central bank. “Gold bugs” hate central banks because they manipulate the value of money, and worship free markets because they manipulate the value of money. The yellow brick road, naturally, was an allegory for gold. The silver shoes are the ideal footwear for someone who is on the gold standard. I forget but I believe the cowardly lion also was a reference to William Jennings Bryan, the Tin Man represented steel workers and the scarecrow represented farmers, etc.

Apparently these interpretations are not universally accepted as correct; i.e.: Baum may have just written the story based on the popular zeitgeist, and it absorbed memes that way. That counter-argument seems a bit pat, to me. Rather than lift big chunks of text from other sources, here’s a bit [info] and you can go to the source if you want more.

Other putative allegorical devices of the book include the Wicked Witch of the West as a figure for the actual American West; if this is true, then the Winged Monkeys could represent another western danger: Indigenous peoples of the Americas. The King of the Winged Monkeys tells Dorothy, “Once we were a free people, living happily in the great forest, flying from tree to tree, eating nuts and fruit and doing just as we pleased without calling anybody master. […] This was many years ago, long before Oz came out of the clouds to rule over this land.”

Baum appears to have been one of those typical racist American buttwipes who was trying to embed white supremacy in children’s literature so that kids would absorb it through their skin. That tactic has succeeded spectacularly, of course.

In fact, Baum proposed in two editorials he wrote in December 1890 for his newspaper, the Saturday Pioneer, the total genocidal slaughter of all remaining indigenous peoples. “The Whites,” Baum wrote, “by law of conquest, by justice of civilization, are masters of the American continent, and the best safety of the frontier settlements will be secured by the total annihilation of the few remaining Indians. Why not annihilation?”

By law of conquest, eh? He’s lucky that the Vikings didn’t annihilate Baum’s German or English ancestors; had they done so it would have only been fair and it would have saved us all from a great big steamshovel-full of schlock.

Baum grew up rich; his daddy was a successful oil-driller. Are you surprised?

By the way, I consider being a “gold bug” to be self-refuting. Why does gold have value? Scarcity. There’s nothing inherently valuable about gold – it’s a good conductor and it’s pretty and it’s fairly malleable but it’s not as cool as titanium or aluminum as far as I am concerned. Of course aluminum was very valuable for a long time because it seldom occurred in large quantities naturally. As soon as a process for producing it cheaply came along, its value went to near zero, comparatively. So, the premise of being a “gold bug” is that media of exchange should be tied to something of real value, and not just paper, but something tied to a market does not have a “real value.” Also, markets exist so that markets can be manipulated, which is what the “gold bugs” accuse central bankers of doing with fiat currency. On the rare occasions I have discussed this with “gold bugs” I usually ask them how they feel about diamonds. That’s a scarcity-based item of value that turns out to be worth about as much as the electricity necessary to make it; carbon is cheap. The vast edifice of diamond-value depends on careful manipulation of the market price by a corporate cartel. If you want some fun, ask a “gold bug” how they would index the value of a diamond to a bar of gold, supposing we wanted to have a diamond-based currency. Either “gold bugs” don’t understand economics (that’s OK, nobody seems to) (I just wish they would stop pretending) or they are much, much, smarter than we sheeple. It’s also fun to ask them about bitcoin – “gold bugs” seem to like bitcoin because they seem to be as ignorant about computer security as they maybe are about economics. Bitcoin is about scarcity without having anything of actual value – what do you even call that?

I grew up reading C.S. Lewis, not realizing that he had forklifted a bunch of christian memes into what would have otherwise been a tolerable children’s adventure book. My dad casually mentioned that, when I was halfway through the series, and it ruined them pretty quickly and – I believe – began my lifetime aversion and sensitivity to propaganda.

Thanks to jrkrideau@[stderr] for suggesting I review some L. Frank Baum books. Unfortunately, I haven’t read any. But thanks for the suggestion!