Alec Steele is a young British blacksmith who does charming videos about his adventures with making stuff. He and Ford Hallam are single-handedly changing my attitude toward youtube; it’s not entirely a cess-pit: it’s what we take from it.

For those of you who don’t follow Alec, a brief synopsis: he’s 19. He makes his living doing youtube videos and he geared his shop quite impressively from that, has hired a videographer/editor, assistants, etc. – he’s becoming a one-man company, and he’s branched out into some truly interesting projects such as doing a series of videos with some trauma experts and a make-up artist about how to respond to shop accidents (it made me sit at my keyboard whooping for air) (and gave me some interesting thought-fodder about my reaction to other people’s pain) he’s also helped equip a group of villagers in Africa who want to make knives as an economic activity – Alec (I donated $, it being the least I could do) shipped over a huge crate with some anvils, hammers, grinders, etc. And, now he’s got his own TV show. As much as I loathe “reality TV” I’m happy for him: he’s got a bigger budget and better gear and he’s stretching himself further. I’d love to see what he’s up to when he’s 50 but my ticket to the party will have expired by then. It’s great to see someone making their own path, and Alec’s gone far off the beaten path, indeed.

Alec’s moved his operation to a new facility in Montana, bought a big American pick-up truck – which immediately started falling apart – and sold all his old stuff on Ebay, and re-geared with some top of the line refurbished stuff. It’s been a lot of fun watching what he’s up to, and wiping the drool off my chin. The energy-level of a 19 year-old is mostly what I envy him. But the milling machine he got is pretty nice, too.

Or, it was. A few episodes ago, Alec was ready for the big unboxing as his lathe and mill arrived, but they had both been dropped – quite badly. It was horrible to see. Fortunately, Alec got good advice (he listens) and refused the shipment; he’ll wind up with a different set of machines. When you drop precision machinery that is able to work to 10,000ths of an inch, it does damage to it that you can’t see with your eye – that Bridgeport will never be the same. Neither will the guy who unloaded it with a forklift and didn’t understand where the center of gravity is. Worse, it looks sort of like the Bridgeport fell on the lathe. Which was a nicely refurbished Monarch 10 EE. All of the control wheels on the lathe were smashed in and they’re not made of lightweight steel.

So that made me wonder what a Monarch 10 is going for nowadays. Just curiousity. I swear. So I went to Ebay, plugged in the search string and: look at this!!! [ebay] 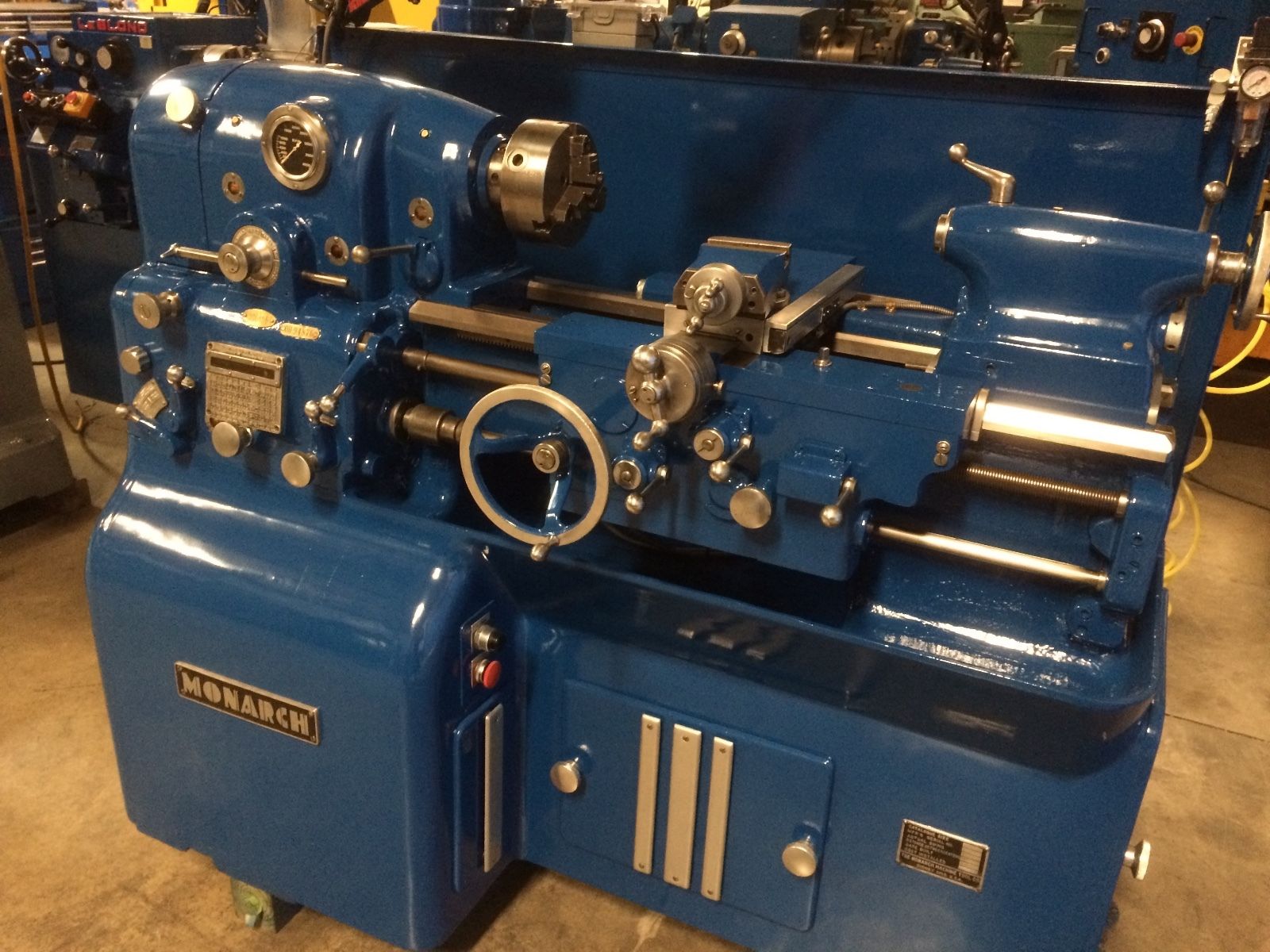 I believe that may be Haphaestus’ actual lathe, brought down from Olympus. Good God, what a restoration! 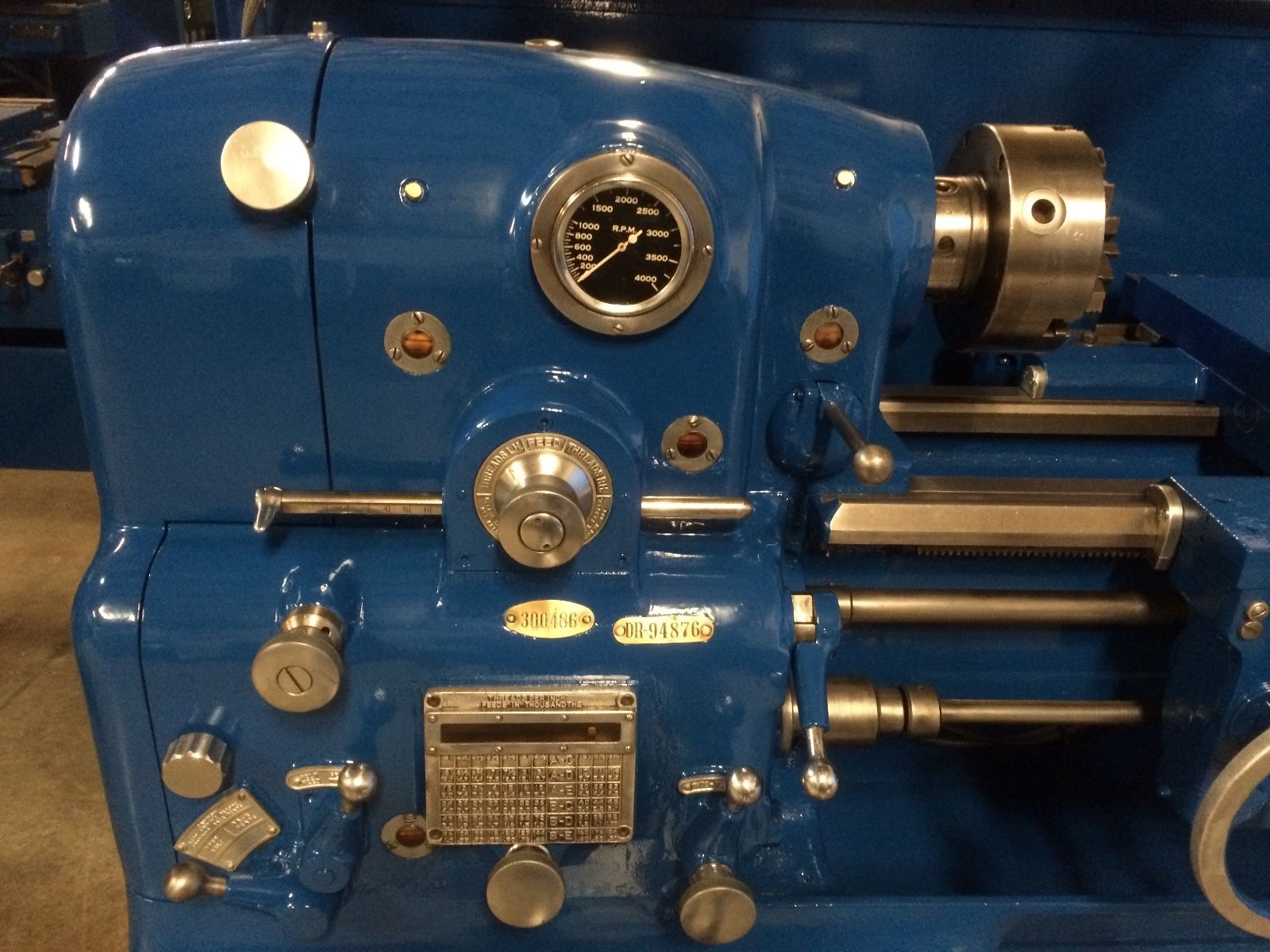 I could actually afford it, but I am not worthy of such a thing. Besides, it would never get used because I am knee-quakingly terrified of lathes and that one is a beautiful monster that could kill me without even noticing it – people are so much softer than what it is made to dine on.

However, it made me do a lot of thinking. I had set aside some money to replace my ageing Honda CRV and was contemplating buying a new car, which is something I have not done since 1989. I was thinking, with the way I maintain cars, a new CRV would last me the rest of my life. Then I hit a deer the other night in my Tahoe – I’m fine, the deer is dead, and the Tahoe’s brush guard protected it from more than a new headlight and some hammering on the hood to get it back into shape – why get a new car when I live in deer country? Priorities, people!

So, I’m not getting a lathe because I’m scared of them, but I’m upgrading my forging press from 16 tons to a 25 ton model that has a much bigger jaw which will allow me to do more challenging work.

I hope the Monarch finds a worthy home. (It’s $17,000 by the way) it’d be tempting to buy it and have it shipped to the village in Africa, along with a good condition Bridgeport and a solar array and a battery pile. In a couple years they’d rule the world.

They should take that thing and build a gigantic ferroconcrete pyramid over it, out in some desert somewhere. So, when future archeologists, if there are any, are trying to figure out what happened to the humans, perhaps they will theorize that an alien species – the Ebay – came to Earth and left a lathe, triggering the industrial revolution that wiped us out.

I’m making a lot of changes over at Badger Forge but haven’t been writing about them because: 1) busy, 2) trying not to turn this into a metalworking blog, 3) afraid it’d get tedious.

Watching youtube videos of other people working with tools like that lathe is a mixed bag. Sometimes I see from the camera’s angle that the user’s shirt came close to the chuck, and I want to scream, urinate, and run from the room (all at once).