The problem with the space station (it was leaking air) has been identified. From there, the story gets bizzare. [guard]

Was it sabotage or sloppiness? Someone drilled a hole in the aluminum hull of the habitat. Then, they patched it up with some glue. You can see the scratches where the drill-bit “walked” before it bit (well, you wouldn’t expect a space habitat saboteur to center-punch a neat machinist’s hole!) 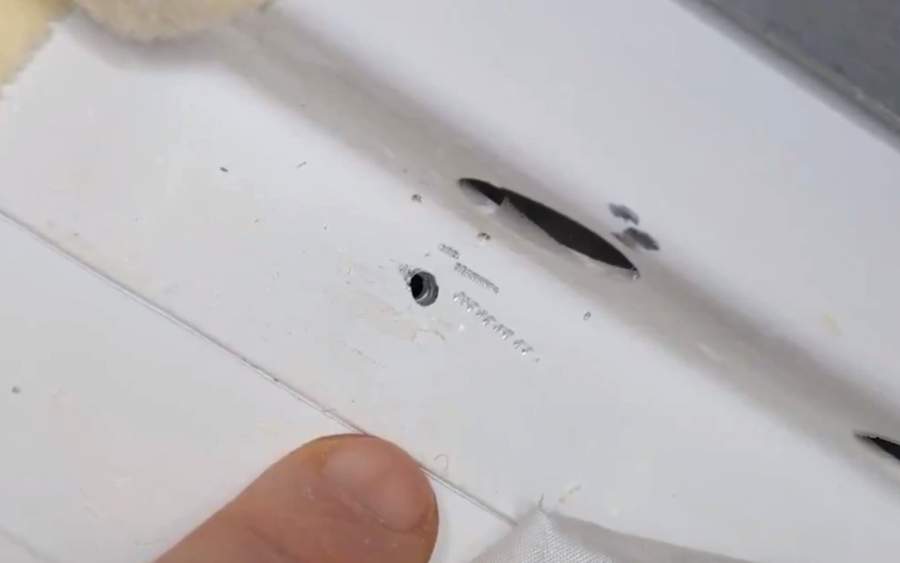 That’s a little bitty hole. It’s also not anywhere where a hole should be – this was not a misplaced rivet hole that someone tried to cover up. It appears to be in a spot where the aluminum is overlapped, where it’s less likely to split or tear.

Just kidding. Fake news. But you can be sure that there are some pointed questions being asked right about now. This feels like something out of a bad Tom Clancy novel; one written as an excuse to loft Clancy’s ‘Mary Sue’ character Jack Ryan into space so he can save the day for the USA!

Just sit an enjoy a brief boggle over this one; cui bono?

Somewhat related is an interesting topic: what happens when there is a nasty disaster in orbit? Remember Gravity (2003) starring a bunch of special effects and Sandra Bullock and George Clooney? That sort of thing would leave a monstrous huge debris footprint that might trigger a sort of chain-reaction in which everything in orbit begins to disintegrate as it’s hit with little chunks of everything else in orbit. That scenario is called the Kessler Syndrome – space junk gone wild. [wik] Alternate spine-chilling term: ablation cascade. 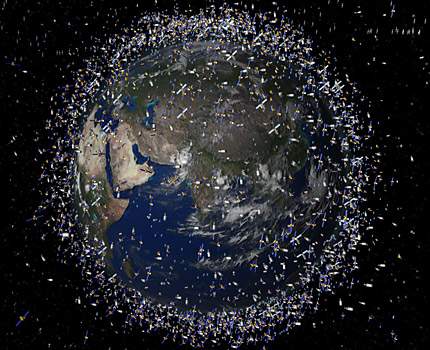 What if each piece of space junk split into more space junk?

NASA is on the problem, naturally. So, basically it’s a matter of tracking the existing gigantic amount of debris. [nasa] Because, as usual, humans have been crapping all over everything. I’m going to sit back comfortably and assume NASA’s got it under control and global warming is going to wipe us out before it matters. 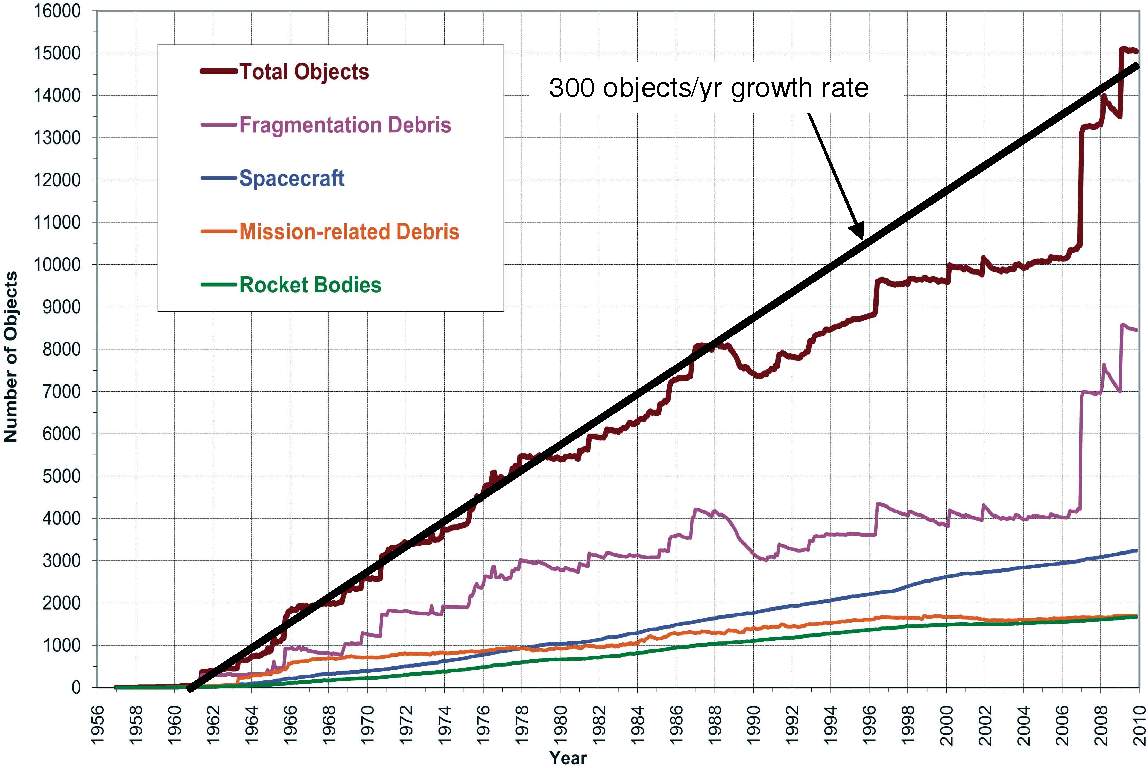 Couldn’t we just buy one fewer F-35 and fully fund NASA for a couple years?

The macguffin in Neal Stephenson’s Seveneves is a sort of Kessler Syndrome.