What is a “conservative”, anyway? If you search around, you’ll find a variety of definitions, most of which seem to be incoherent ideological laundry lists.

The problem with having an ideological laundry list as a political agenda is that you don’t necessarily have some kind of unifying belief system that motivates that laundry list. Let me give you an example, from one definition of “conservative”: [google]

Holding to traditional attitudes and values and cautious about change or innovation, typically in relation to politics or religion.

That’s a huge dodge because it implies there is an underlying ideology but there isn’t: the ideology is whatever the past’s ideology was. So if you’ve got a nazi conservative talking to a conservative Jew, you have two conservatives, right? The implication of fitting them both under the same umbrella-term is that they agree – but I suspect that if you put those two conservatives in the the same room together for a few hours, they would discover deeper disagreements than the “conservative” label might lead one to expect.

We encounter them regularly, though: “conservatives.” My general response when I encounter a conservative is to start immediately interrogating them about the parameters of their conservatism, while slowly segueing toward Emo Philips’ delivery in his famous “golden gate bridge” joke.

The point is that eventually you get to scream “heretic!” at them. But if they are thinking people, they realize that you’re walking them into an inescapable corner and they’ll start trying to squirrel out – a tacit admission that they don’t actually believe that they can defend their views against the truckload of mockery and analysis that is bearing down on them. For example, when talking to a “fiscal conservative” you will almost certainly get them to opine that small government is good, and government spending should be reduced and more efficient, etc. Which all sounds well and good, so you ask them “what about entitlements?” well, they’re definitely in favor of cutting back some of those ridiculous entitlements. “What about defense?” well, obviously we need a military to defend ourselves. Then switch lines of attack and ask them about government regulation. Generally, they will blather something about not being in favor of much regulation. And perhaps they’ll hand you a hole card by saying something about how centrally planned economies never work (if they think you’re what they understand to be a socialist) – then you get to sit back in your chair and say:

“I need you to square the circle here for me, because you just said small government is good, but you appear to favor enlarging the military, which is –exactly– the antithesis of small government. You favor reduction in expenditures but you implicitly support our massive military which, since it’s a huge chunk of our economy, amounts to a centralized government-controlled economy – you’re not in favor of “entitlements” but you’re in favor of shovelling 20% of the US’ tax revenues into the maw of The Pentagon, which sure as hell sounds like a great big government ‘make work’ program for the military/industrial sector of the economy. How can you hold such an incoherent and contradictory set of beliefs in your head at once? Could it be that you simply think you have a set of beliefs and, instead, are just an authoritarian who wants whatever they want and justifies it by pointing to some imaginary past where things were different?”

I’ve even encountered “fiscal conservatives, not social conservatives.” Usually, when I encounter those I ask them something like: “does that mean you’re delusional about economics, regulation, and defense spending while studiously ignoring racism and inequality?” After all, if a ‘conservative’ is trying to hark back to a time when the government was more careful about how it spent its money, are they referring to pre-Hamiltonian government, or pre-Roosevelt government, or pre-Bush government? You’ll probably never find them hearkening back to the days of Bush, though I have encountered a few who hearkened back to the days when Reagan tried to bankrupt the US by bankrupting the USSR. 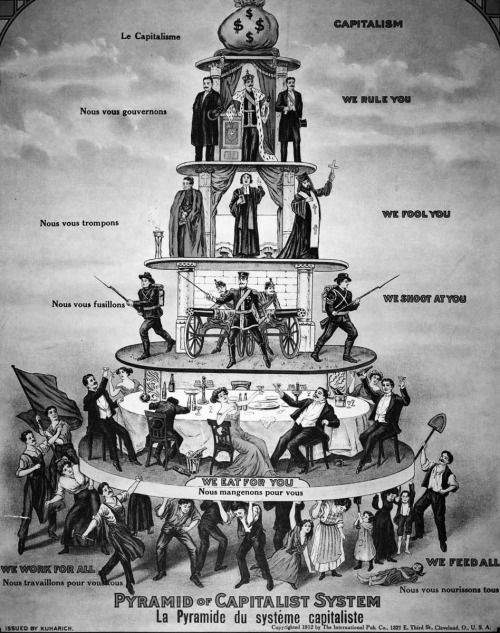 The decisive point you can make against conservatism it to describe the US as always being a corrupt near-totalitarian pseudo-democracy that is basically an out-of-control imperial military with a tax-base – and ask them “what about that do you want to hearken back to?” Then you can conclude with, “are you just afraid to say that you liked the good old days when the southern economy ran on slavery while the northern economy ran on brutal exploitation of immigrant labor by robber barons?”

What’s odd, to me, is that a truly “fiscally conservative” policy would entail placing the means of production under control of labor, getting money out of politics, and reducing collusion and corruption between the political class and the moneyed class. I say that’s odd because, instead, conservatives seem to be worried about a person on welfare being able to enjoy a luxury now and again, or a waiter to make a living wage – but they don’t care about the F-35 program.

In fact, I have seldom even encountered a conservative who can hold an informed discussion about the F-35 program, or the littoral fighting ship, or the FBI’s Virtual Case File – massive taxpayer-financed disasters that are a result of “big government.” They’re worried that unions might be corrupt, but they don’t care about pentagon contractors being corrupt. They are conservative, in other words, only where it aligns with a military/totalitarian/statist/elitist agenda. If you’re a mean person, you can ask a conservative about unions, and watch them go on and on about how corrupt unions are, and how they make it impossible to keep a market efficient, etc – then say “I was referring to police unions. So, you favor breaking those up?”

Even that aspect of conservatism is incoherent, because policing is now more efficient and militarized than ever – it is the quintessential “run away government program.” Try to find a conservative who’s not in favor of lots of police. You can amuse yourself by pointing out that we have a lot more police now than we used to, and have even added new federal agencies with policing power – where is the conservative dissent?

The way to know you’ve won your argument with a conservative is when they start throwing the “no true scotsman” card on every play. Because that’s when you stop them and say, “well, you keep saying ‘no true conservative’ because I keep getting ‘what is a conservative?’ wrong. Maybe it’s time we step back and you tell me again what a ‘conservative’ is. Because I’m getting the idea that you haven’t got any better idea what a conservative is than I do, I think you’re just making stuff up as you go along.”

That’s why I find this sort of thing to be exceptionally funny: [guard]

“I think we’re three or four years away,” said the former Oklahoma Senator Tom Coburn on Friday, speaking at the annual convention for American Legislative Exchange Council (Alec) – a powerful rightwing organization that links corporate lobbyists with state lawmakers from across the country.

Coburn, a veteran Republican lawmaker, now works as a senior adviser for the advocacy group Convention of States, which seeks to use a little known clause in article V of the US constitution to call a constitutional convention for new amendments to dramatically restrict the power of the federal government.

This is a lobbyist? Who wants a return to the good old days before lobbyists and SuperPACs?

I know he’s just a lying pseudo-conservative authoritarian, but it’s fun to contemplate what might happen if he got what he wanted. These conservatives imagine a constitutional convention would put the US back to the footing it had prior to federalist expansion. I’m not sure exactly what they are dreaming about but it has to involve apartheid or slavery because those were inescapable parts of the American political landscape since European colonists decided to build a nation on slave labor. What original federal powers does he imagine we would put back in place?

What about dueling? Can I call him out and kill him legally? Like you used to be able to, back in the good old days?

Convention of States, with Alec’s support, is one of three prominent conservative groups pushing for a new constitutional convention. Under article V, if two-thirds of state legislatures so choose, they can force congress to convene such a meeting. On the agenda for Convention of States: an amendment to require a balanced budget, term limits for congress, repealing the federal income tax and giving states the power to veto any federal law, supreme court decision or executive order with a three-fifths vote from the states.

The “states rights” thing has always and ever only been about slavery. From a standpoint of world politics, the world would probably a better place if the US returned to being a squabbling set of colonies and politically and economically dismantled itself, like this pseudo-conservative jackass is fantasizing about.

“Once you call a convention literally anybody can bring up anything,” said Jay Riestenberg, a spokesperson for the non-partisan watchdog group Common Cause. “We can bring up an amendment to overturn Roe v Wade or the Civil Rights Act,” Riestenberg added.

This is political naivete speaking. Once “anything is on the table” what happens if there is a sudden push for direct democracy, a social safety net, and demilitarization? What if, instead of “no taxes” The People impose a flat tax breakdown that limits the military to a defense budget no larger than Sweden’s, and allocate 20% for education, 20% for medical care, 20% for infrastructure, and make being a lobbyist a crime punishable by being exported to Texas? Oh, and since we’re talking about rolling back the hands of political time, let’s give Texas back to Mexico. Sorry, California. Sorry Puerto Rico. It’s the conservative thing to do!

Conservatism is just a con-game where authoritarians cherry-pick things from the past (or imagined past) and say “let’s do that” – using the fact that they happened in the past as justification for why we should do them in the future. What they don’t understand is that those things in the past amounted to structural mistakes that caused the US to fragment into civil war, insurrection, and imperialism. You can’t point at history and say “we want the good parts of this outcome, without any of the consequences” – perhaps, there, you’ve got a definition of a ‘conservative’; they’re ignorant liars who want to pretend they have a justification in the past for their beliefs, but they probably never understood that past well enough to begin with.

By the way, if conservatism is anti-change and anti-innovation, it ought to be against the change and innovation that would result from a constitutional convention. These wingnuts want George III back.

Taking a Powder » « I’d Rather Just Use My SUV