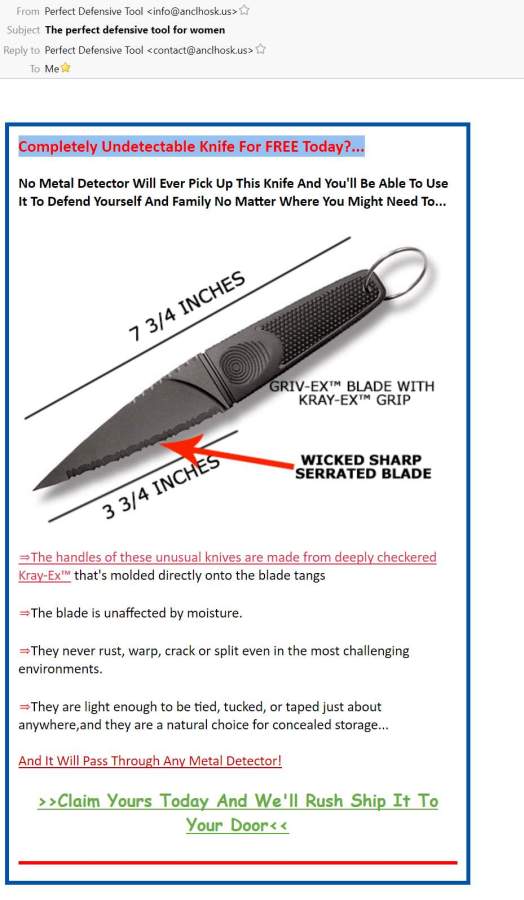 That is not the perfect defensive tool for a woman. That looks like enough blade to give someone a severe flesh-wound that gets you beaten to death.

First off, it’s “tactical” as hell: black, jaggedy, ugly “wicked” etc. But why – if it’s intended for righteous self-defense – is it touted as facilitating a criminal activity (namely, concealed carry through a metal detector)? Is this designed so that someone can get on an airplane, cut the flight crew’s throats, and fly the plane into a building? Something like that?

My spam-inbox has become a portal into the fetid cancerous growths in the bottom of the American psyche; a sort of social colonoscopy if you will. We see the true America – as it wants to see itself – tactical, wicked, and fucking stupid.

What American women spend a lot of time in severe environments that might cause them to rust, warp, or split?

Never mind the whole “for women” bit. I don’t think I can say anything about that without my keyboard exploding. This is how this stuff makes me feel.