Eichmann was hanged for his crimes against humanity; Haspel was whitewashed and promoted to become head of the US’ department of dirty tricks. Down in their piggy, nasty brains, the people who run ICE have realized that what my accountant said is true: the only people in hell are those who were caught in the act, and those who kept records.

ICE has decided to destroy its records; records that show sexual assault of detainees, and several detainees dying in custody. 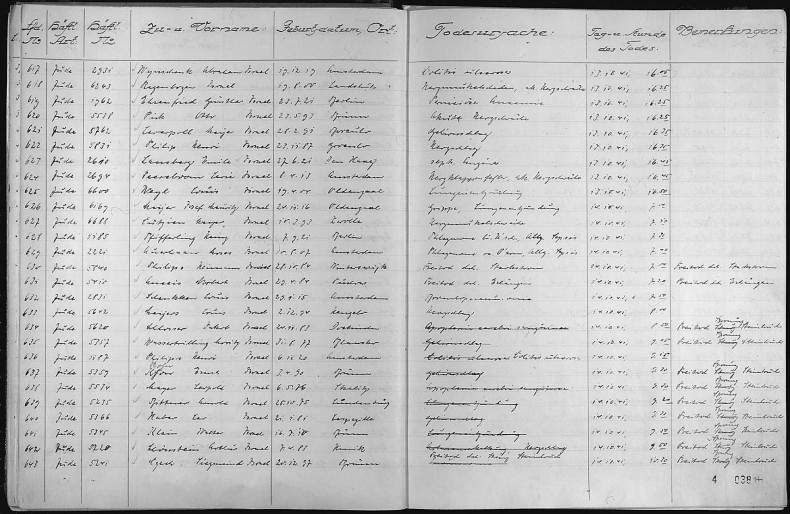 Now that there’s a little attention being thrown on the request, the files have probably already gone into a shredder, or perhaps a cryptolocker outbreak in the headquarters computers is due to happen any day, now.

UPDATE (05/29/2018):The ACLU and partners submitted public comments opposing Immigration and Customs Enforcement’s request to the National Archives and Records Administration last year. As a result of the campaign and overwhelming opposition from the public, NARA decided to review ICE’s proposal more closely. As of now, ICE has not made a new proposal regarding the destruction of these records. Government agencies with a long and well-documented record of abuse should not be permitted to destroy records about those abuses. We will continue to keep a watchful eye for attempts by ICE and CBP to destroy records about their own wrongdoings.

ICE has asked for permission to begin routinely destroying 11 kinds of records, including those related to sexual assaults, solitary confinement and even deaths of people in its custody. Other records subject to destruction include alternatives to detention programs, regular detention monitoring reports, logs about the people detained in ICE facilities, and communications from the public reporting detention abuses. ICE proposed various timelines for the destruction of these records ranging from 20 years for sexual assault and death records to three years for reports about solitary confinement.

I really can’t think of much more to say, except that I hope someone is keeping track of who works for ICE, so that when the revolution comes we know who to hang.

The Helpless Bleatings » « The Retroscope At Play