If there are no civilians, there can be no “civilian casualties” in the assassination war the US is waging worldwide.

Normally, I try to avoid calling things “orwellian” because it’s a bit too dramatic; things usually are not that bad. [wp]

The Trump administration has chosen to ignore an executive order that requires the White House to issue an annual report on the number of civilians and enemy fighters killed by American counterterrorism strikes.

The mandate for the report, which was due May 1, was established by former president Barack Obama in 2016 as part of a broader effort to lift the veil of secrecy surrounding drone operations in places such as Yemen, Somalia and Libya. The White House has not formally rescinded the Obama-era executive order but has chosen not to comply with some aspects of it. 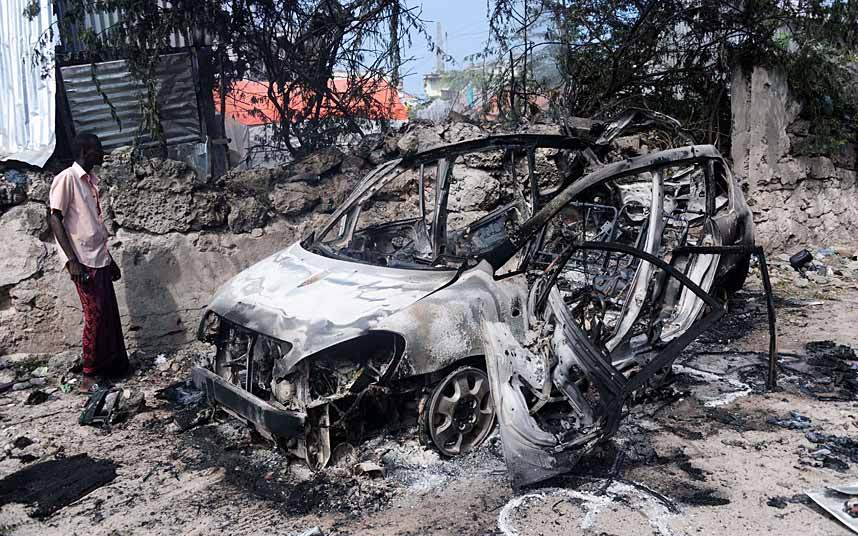 The only interpretation for this is that “even our cooked statistics are beginning to embarrass us.” By cooked statistics I mean things like how the DoD damage assessment of a wedding that got interrupted with a hellfire missile was apparently a wedding of terrorists, with all the kids and family in attendance being terrorists, too. So, the obvious next move is to declare everyone, everywhere, an insurgent, if we kill them. Our weapons kill insurgents, therefore, if you wind up dead – you’re an insurgent. I can see how this is going to play itself out: next time US troops bomb or destroy a Médecins Sans Frontières facility, the dead doctors will be scored as insurgents; the Texas sharpshooter fallacy updated so the cowboy is shooting hellfire missiles.

The Obama-era rules required “near certainty” that civilian bystanders would not be harmed in the strikes and mandated that the targeted militants pose a “continuing and imminent threat” to Americans. The tougher standards did not apply to areas such as Iraq, Afghanistan or Syria where U.S. troops were involved in regular combat.

I doubt very much that any of those who have been killed were a threat to Americans. But new standards will be necessary because the US is using killer-drones in Yemen, where we are not officially deploying troops, so there aren’t any Americans to threaten – well, hating us for our freedoms is probably good enough, right?

It’s unclear whether the mandate (which is being ignored, anyway) applies to the CIA’s drone-strikes, or just the DoD’s. These are crimes against humanity: the US is engaging in a war of aggression against Somalia and Yemen. By the way, when people talk about “extrajudicial killings” there’s some Washington verbal judo going on: in principle a “judicial killing” would be what happens if, say, the Pakistani government calls up the US military and says, “can you kill this guy for us, please?” In the warped, Orwellian logic of Washington, “judicial” means we Americans have a process. It doesn’t mean that the Pakistanis had a judge pass a death-sentence on someone. It doesn’t even mean that the US had a judge pass a death-sentence on someone, because not even the most corrupt, nationalistic, judge from Mississippi would sign their name to an execution-warrant to be carried out against a citizen of another country. Under the gaze of Nobel Peace Prize-winner Obama, “judicial process” turned into, basically, that there was a process and if somewhere in the process someone checked the “kill” box, then the process had been followed. Oh, well, that makes it all OK doesn’t it?

“It is pretty remarkable that they would simply ignore an executive order that remains on the books and also a statutory requirement passed by Congress,” said Joshua Geltzer, a visiting law professor at Georgetown University and former senior counterterrorism official in the Obama administration. “That is just bad governance.”

There is nothing about any process that one country can follow that makes murdering a citizen of another country legal. “Bad governance” doesn’t begin to touch it; these are crimes against humanity/war crimes, which is the hallmark of the US way of war.