There are lots of stories around flat Earth theories – so many that I’ve lost interest in keeping up with all the various debunkings and origin stories. Since Ptolemy was working on longitude and latitude in the 2nd century AD, I’m willing to say our knowledge goes back at least that far and probably much farther.

Not to re-ignite the debate… I’d appreciate feedback as to whether or not my own personal debunking of flat Earth works or not. To describe it, I will have to resort to power-point, the premier tool of conspiracy theorists, everywhere. 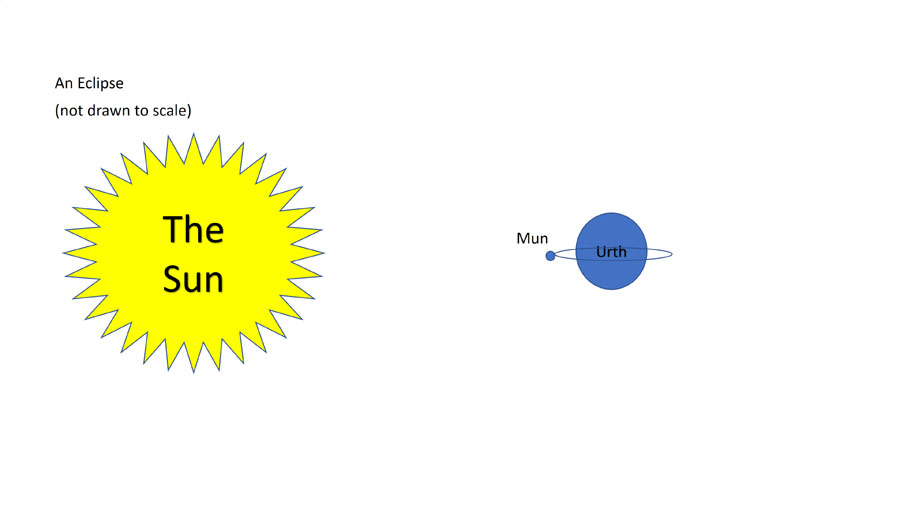 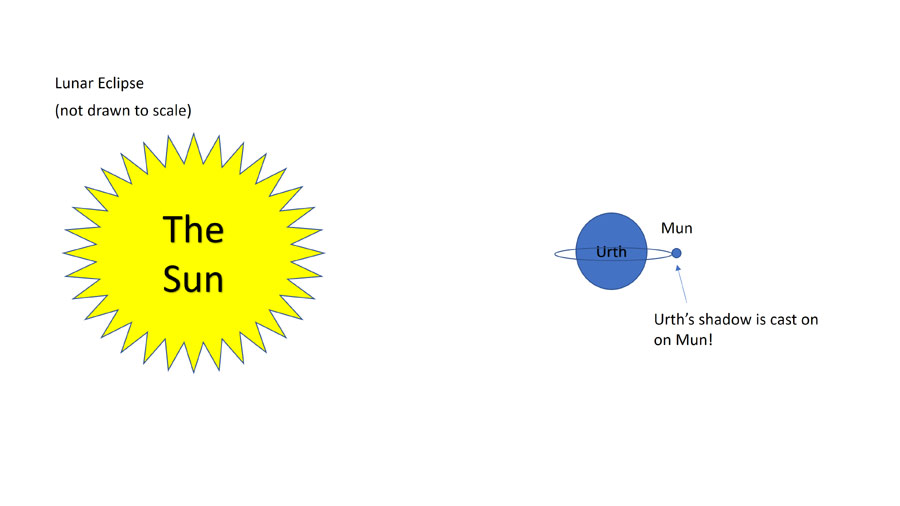 Let’s zoom in and look at what the eclipse would resemble if Earth was flat (assuming it’s not a pixel-thin plane!) 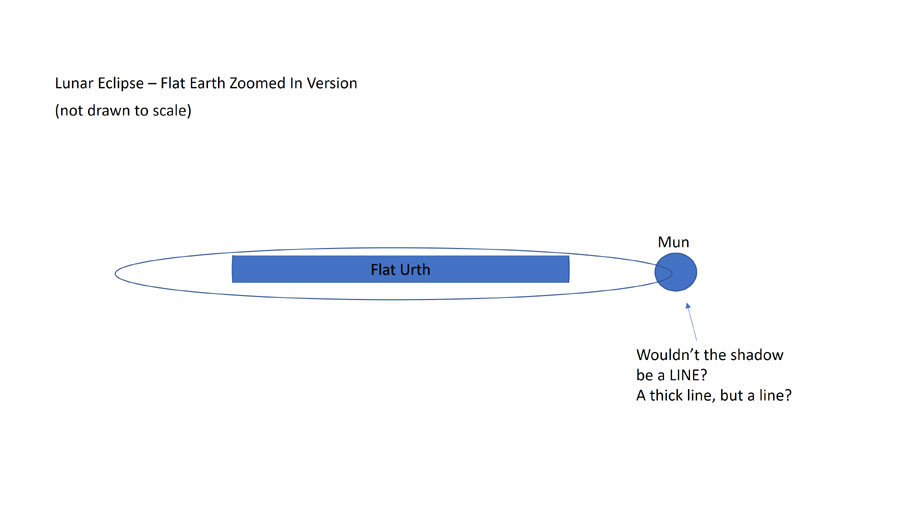 I just now realized that there’s a problem with the whole “sun rising, sun setting” thing if Earth is flat. What makes that happen? It seems that the only way that’d work would be if Earth-disk is flipping on an axis so it flips toward the Sun. Which would mean that if we saw a lunar eclipse we’d see Earth’s shadow looking kind of like an oblate spheroid.

Do the flat Earth people have an explanation for why it’s hotter at the equator?

I freely admit that I may have some of the thinking wrong. I’m just a computer programmer, not a physicist or a philosopher or a real scientist or anything like that. So please school me gently.

How deep would we have to dig the holes to get a smiley face-shaped shadow? (I realize we could do that if we still suppose a round Earth, but getting all the dirt out would be a lot more work than with a thin, flat Earth)

Appeasing the CEO » « My Little Shot in the War on Christmas