Coming in over Iceland, I had turned my cell phone off and stowed it; I had a window seat over the wing so “why bother”?

We came in the eastern side of the island, through thick broken clouds and fog, right along the edge of the iceberg-spawning region on the coast. It was getting close to sunset so the light was coming in at a low angle, and everything looked dramatic, dark, and awesome. I immediately wanted a camera, but “why bother?”

This is what the bleeding edge of a glacier looks like: 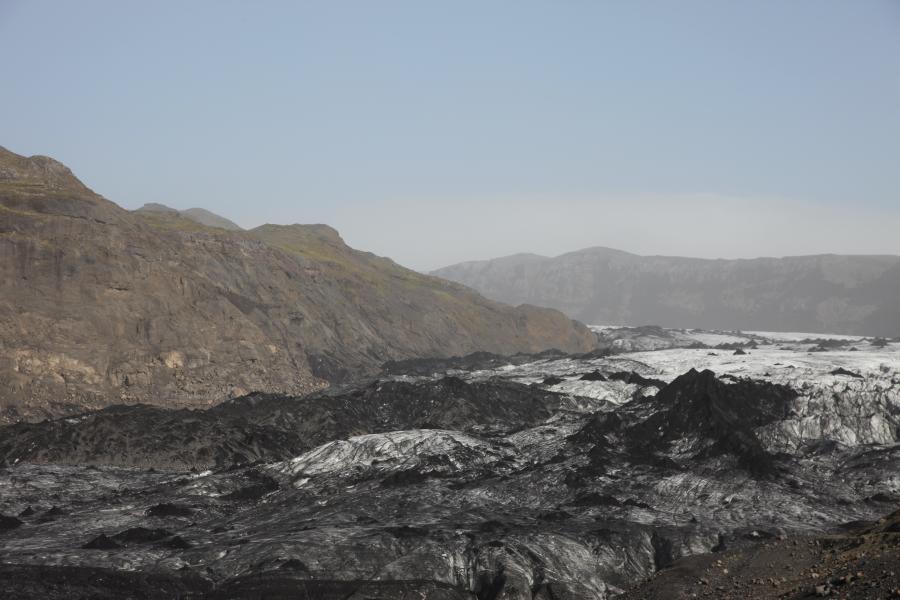 I drove a lot to get there, and when I got there I was extremely unimpressed. I knew there was all kinds of cool stuff going on but it turns out that the wrong place to be on a glacier is at the front: it’s just dirty ice. Unless it’s falling off a cliff into water or something.

Unrelated but interesting: flying westward at sunset, I had an endless sunset from Iceland all the way to Labrador – about 5hr. It was pretty cool because of various effects on the light as it bounced off water or diffracted through clouds. At one point, for about 45 minutes, there was a deep red glow-sunset as the light burrowed through thick clouds ahead. 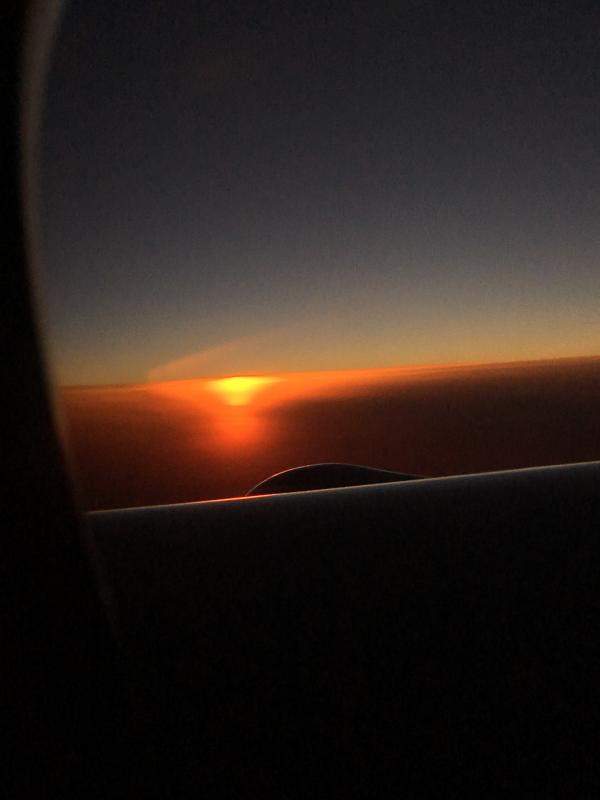