I think that the chart is probably conservative; there are a lot of undeclared conflicts that look a lot like war to the victims but aren’t because it’s not convenient to use the W-word. 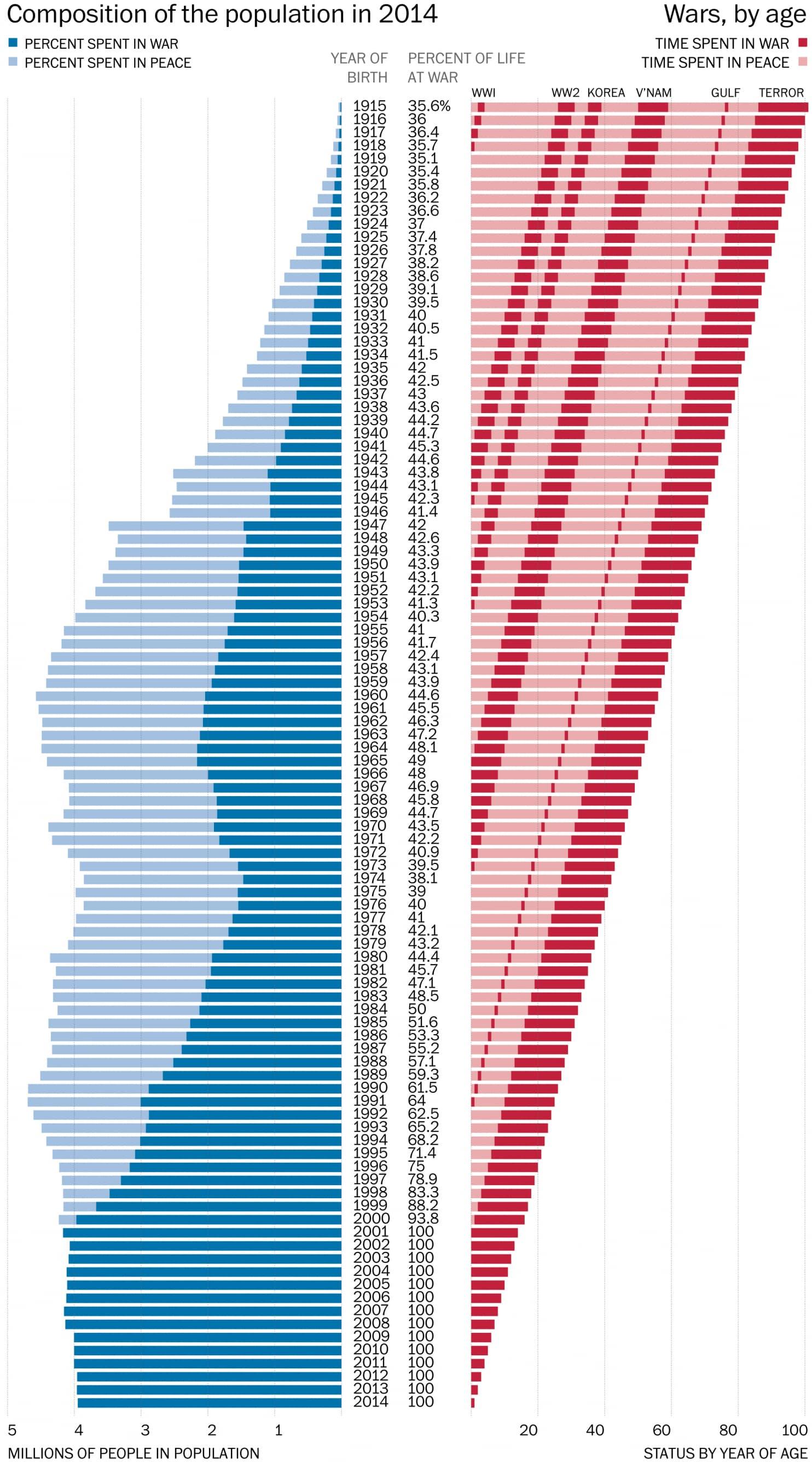 On Raiding my Closet – 2 » « Brilliant: Get Medieval on Them