I never thought Rex Tillerson would seem diplomatic. Our national exercise in Overton Window-shifting has had some results: we are settling for mind-bogglingly foolish because it looks good compared to babbling batshit.

In the Daily Beast, Tillerson is quoted confusingly:  [beast] [my emphasis]

“What the president is doing is sending a strong message to North Korea in language that Kim Jong Un can understand, because he doesn’t seem to understand diplomatic language,” the secretary said. “I think the president just wanted to be clear to the North Korean regime on the U.S. unquestionable ability to defend itself, will defend itself and its allies.” Tillerson added: “Americans should sleep well at night.” 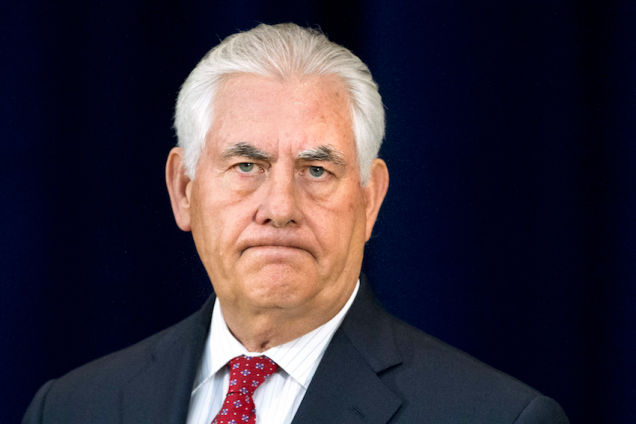 Is this the new doctrine of Mutual Incoherent Deterrence (MID)? North Korea doesn’t appear to understand diplomatic, so Trump is speaking to them with his usual clarity, writing messages to Kim Jong Un in his feces on the refrigerator door? Donald Trump wouldn’t know diplomatic language if you wrapped his favorite golf club up with the stuff and bashed him in the face with it. Kim, unlike Trump, probably has diplomats thinking about his messaging and is refraining from Twitter-warring.

I am minded of an old joke:
Q: What do you get when you cross a mob boss with a dadaist?
A: An offer you can’t understand.

Unfortunately, the situation isn’t really funny. But the surrealism continues, as reported in the New York Times: [nyt]

Mr. Tillerson’s offer also nods toward other diplomatic proposals. China has suggested a “freeze-for-freeze” deal, in which the United States agrees to halt all military exercises with South Korea — something Mr. Hill noted would ““hollow out the alliance” — in return for North Korea’s stopping its tests.

You can expect the sons of Sun Tzu to offer solid strategic advice. And you can expect the US to blither straight past it. “Hollow out the alliance“? Since the alliance is ostensibly to maintain peace in the Korean peninsula, ‘hollowing it out’ is success, not a problem. If several people team up to stop a bully from threatening them, and the bully agrees to go away, then the team-up can stand down and there’s no need to maintain anti-bully patrols, or to keep threatening to beat the bully up; after a bit, “who’s really the bully here?” becomes the question.

“If we can get past the impasse of the North Koreans saying, ‘We will only come to the table if you recognize us as a nuclear state,’ and the U.S. saying, ‘We can only enter into talks if you commit to denuclearization,’ there’s a diplomatic space,” said Robert S. Litwak, director of security studies at the Woodrow Wilson International Center for Scholars in Washington, and author of “Preventing North Korea’s Nuclear Breakout.”

Mr. Litwak advocates a freeze deal that he said would “at least stop us from having to deal with a North Korea with 100 nuclear weapons, instead of 20 or so” — the current estimate of the size of its arsenal.

I want to assume Litwak has thought about MAD and MID and understands that what stops an arms-race is its cost not the degree to which either side can carbonize the rubble. Any country would be stupid to build more than, say, 100 of the damn things. The US, with ~4,500, has massively overspent on what amounts to a mostly useless tool of statecraft; perhaps the North Koreans would be so foolish, but that’d be their problem. Even if North Korea built up an arsenal the size of the USSR’s at its height (~9,000 warheads plus delivery systems) it would still only be able to make the other guy lose a bit harder in a lose/lose war. 20 warheads is enough to ensure that all of North Korea be destroyed by a US counter-strike if they launch one. That’s the same as the scenario with the USSR, which we survived (so far) through negotiation and statecraft (so far). It probably helped that US/USSR nuclear negotiations weren’t carried by Twitter or sending back and forth feces-smeared postcards, but figuring those implementation details out is what a Secretary of State is supposed to do.

The Chinese proposal is completely rational and it’s what we ought to be pursuing. Interestingly, North Korea’s claims for decades have been that all they want is a pledge from the US that we will not attack them. Not holding massive military dick-waving exercises and providing advanced weapons to South Korea would probably sweeten the pot a bit. The best thing about the Chinese proposal is that it costs us nothing in fact it saves us a lot of money. Free Starbucks for everyone! If we really want to topple the North Korean regime, the US and China could do it pretty quickly by normalizing trade relations with them, opening an Apple assembly plant, and a Planet Hollywood and McDonalds. I’ve been told by Russian (former Soviet) and Hungarian friends that Levis Jeans did more to overthrow the USSR than our military ever did. And what about Disney? Brrrr….. you don’t mess with The Mouse.

Here is another data-point about the nuclear North Korea situation: China isn’t freaking out about it, and all of China is under North Korea’s nuclear threat-zone. Why aren’t they freaking out? Probably because they understand how to negotiate difficult situations. The Chinese are probably sitting there going, “well, if we can deal with Trump, Kim’s a piece of cake.”

One of these days I intend to go way out on a limb and offer my proposal for how to deal with dictatorships. I haven’t been doing that because I’m uncomfortable with its idealism and I know its idealism makes it impractical. Because none of our leaders are idealistic, see? But for North Korea, this is how I’d recommend doing it:

My 10-point plan for North Korea 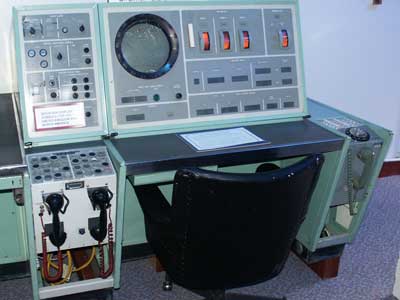 Appendix to the 10 point plan: I would propose that the US, China, Russia, and all the other nuclear powers build a global “red phone” capability, to be used only in the event that some power with WMD is about to go to DEFCON 2 or higher. Perhaps (since I am proposing this) we could call it the “WTF phone” – any nation that wishes to have a terminal in the “WTF phone” network is allowed to, though unless they have WMD they are expected to sit down, shut up, and listen unless they have something to contribute, i.e.:
@Norway: “Hey, that ‘missile launch’ you’re all bent about? That’s one of our atmospheric tests. My bad!”
@TheRealDonaldTrump: “Lying Hillary is fake news.”
@Tillerson: “No, boss, no! Use the other phone. OMG.”
The companion to the “WTF phone” is a broadcast alert capability that can be used to notify the entire network if someone is about to do a missile test, reboot someone’s power grid with stuxnet, or whatever. Any nation wishing to announce something beginning with “Please nobody nuke us…” is allowed and encouraged to do so: We do not want to learn about your nuclear reactor meltdown by having our geiger counters go wild, kthx.

Kim Jong Un almost certainly speaks Korean, English and probably German. He attended an international school in Germany from 1993 to 1998 and intermittently from 1998 to 2000. He would have had to work hard to remain as uneducated as Donald Trump, who only speaks American and Twitter. And Trump barely speaks Twitter.

The main objections to my 10-point plan would be US intransigence and the US’ desire for the strategic situation to remain the same or break always in the US’ favor. That idea is sillier than a Donald Trump 4:00am tweet.

During the cold war there were multiple well-documented incidents in which a launch could have or even ought to have happened, because of command/control errors or unexpected surprises. Usually those incidents were classified because “well, it sure would be embarrassing if people knew about this!” (which is, I believe, the driver behind a lot of government secrecy) We’ve all heard (hopefully) about Stanislav Petrov [stderr] but there are many more, still classified and officially denied by governments. Eventually I’ll post about a few of those. Most of those incidents involved misunderstanding and surprise as a result of misunderstanding. That’s why my proposal about the “WTF phone” network is so dear to me – it could save all our lives. For example, during the height of the Cuban Missile Crisis a CIA U-2 did an overflight inbound on a polar trajectory heading right toward Moscow. Kennedy’s NSC didn’t know about it, and it was a hell of a nasty surprise for them and the Soviets. The Soviets were mature, thoughtful, and deliberate, and didn’t jump for the button.

Now that I’ve touched the “third rail” of nuclear policy, I suppose I’ll do a posting on the non-proliferation treaty. When I have an evening free to drink wine, cry, and write.

“Permissive Action Link” – a PAL is a clever idea that was cooked up to address the problem “what if someone gets one of your H-bombs and tries to hot-wire it?” – the PAL uses dimensional changes in the explosive lens of the primary fission bomb, so that the explosion must be timed more than very precisely or the bomb will “cook off” (i.e.: explode radioactives all over but no nuclear yield)  If a bomb with a PAL is in a device that crashes and burns, or doesn’t get the correctly sequenced detonation from its control device, it’s safe. Or, as safe as any exploded stainless steel can full of plutonium is. There are some problems with PAL: they only work on larger warheads; things like the nuclear MLRS-deliverable warheads, some air-droppable bombs, and nuclear artillery shells don’t have the space to build the necessary power-control systems do to that kind of ultra-precise detonation scheduling.

PS – if you read and understood the preceeding paragraph, you are now a nuclear weapons expert compared to President Trump.

PS – any of you catch the “you don’t mess with the mouse” reference? If you did, you’re probably 50 years old or older.

Sad But True » « My Subversive Thing