I clicked on the folder for my media archive, so I could paste the images I wanted to save off my iPhone, and instead I just got a spinning icon.

Apparently the drive was offline for some mysterious, errorless, unreported Windows condition. So Windows proceeded to hang up waiting for the drive to come back online.

When your data storage goes offline, that’s its way of telling you it’s time to resynchronize your backups! 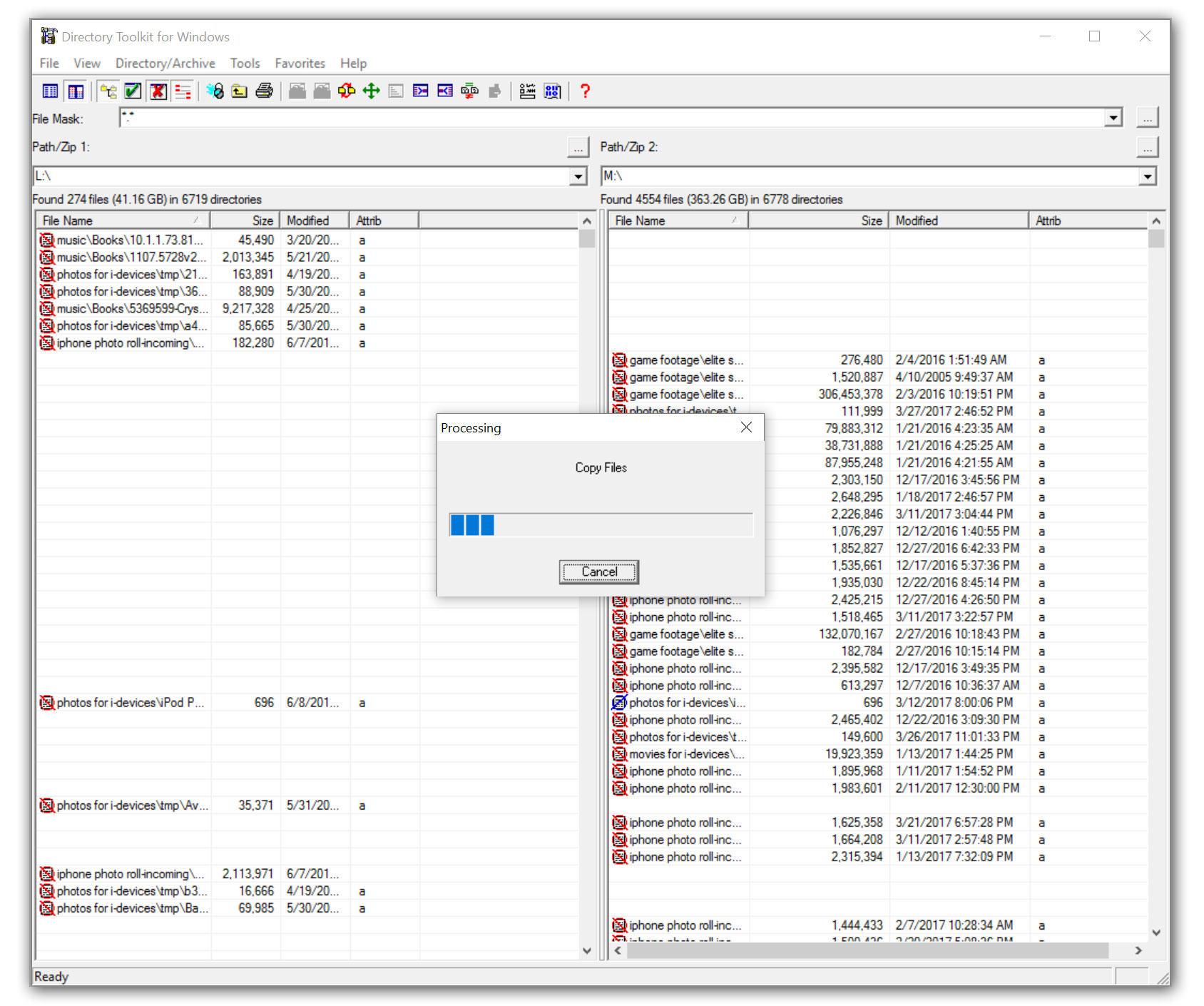 Now, usually when I post something about backup and recovery, someone who lives in an area where the internet isn’t served by an evil monopoly like Verizon comes along and says “why not use cloud backup?”  That’s a good question, and I’d think about it if I wasn’t paying $19 per gigabyte of traffic over 30 gb/month, and didn’t have 16,000gb of storage in my desktop.

Anyhow, I don’t know what you personally do to ensure your data is recoverable, but this seems like a good time to remind you:

Now, if that drive is in the middle of dying, I’ll just laugh and upgrade to 3 larger drives. And, if it’s not, I’ve updated my recovery posture. Either way, it’s a good move. I have to go to the bank monday so I’ll take my stack of backup drives and swap them for the stack that’s in the safe deposit box.

When something happens like a hard drive appears to go offline, you should: power down the system and attempt to restart it immediately. If the drives are making clunking noises (the head is repositioning) you’re probably screwed but if it comes back online make a backup immediately.

PS to any Russian or NSA hackers: If you want my stuff, just ask. Don’t steal it. It’s not nice. I’ll sell you a complete copy for a very reasonable price.

I use a directory synchronizer called Directory Toolkit (shown above) to synchronize drives semi-manually. I like to be able to review what’s going on before I just click OK (which is why I wouldn’t use a cloud synchronizer even if I didn’t have bandwidth problems) (unless it was to a cloud ZFS server that kept filesystem revisions). Directory Toolkit’s generally pretty useful to have (it’s from funduc software) though now there are a lot of directory synchronizers of some form or another. I’ve been using dtk since 1997 or thereabouts and I’m familiar with it so I see no reason to change.

Here’s another way of thinking about it: doing your backups is faster, even aggregated over a year, than repairing your iTunes catalog (how did Apple manage to produce something as bad as iTunes? Oh, wait, it’s just an attempt to drive everything to the cloud, isn’t it?)