“Money can’t buy everything,” they say – but, then, why do the rich hunger after more, more, more? Once you’ve got a few tens of millions stashed away, you can spend the rest of your life in a blur of luxury, sex, drugs, fast cars and rock ‘n roll, if that’s your thing.

But, as Epicurus says, some people want money and power to protect themselves from the vicissitudes of life; others get confused and see the money as an end in itself. There are others who see it as a portable form of power, and will not hesitate to use that tool for whatever it is they want. When the wealthy person wants rock ‘n roll, you may get something wonderful. But when the wealthy person has an authoritarian political agenda that they want to promote – then we see the great flaw in modern pseudo-democratic oligarchies: one extremely wealthy asshole can unilaterally distort the political landscape. 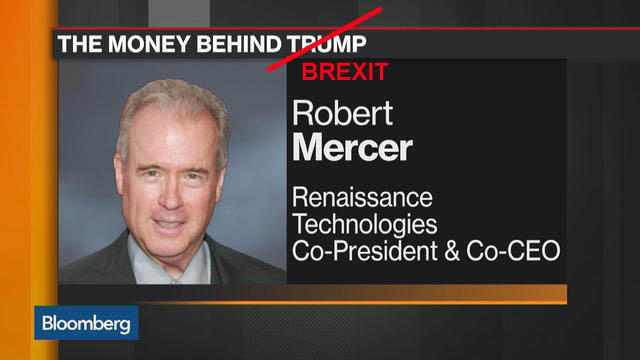 I was surprised but not shocked to learn that Robert Mercer, who was one of the forces behind Trump’s ascent to power, also helped the “Brexit” movement. Because, it’s his right, as a rich oligarch, to spend his money tinkering with politics. It’s not news that Mercer interfered with England’s internal affairs, like it would be if the FSB did it, but he was another factor of many that helped bring about something that is going to be extremely damaging to England and Europe.

It has emerged that Robert Mercer, a hedge-fund billionaire, who helped to finance the Trump campaign and who was revealed this weekend as one of the owners of the rightwing Breitbart News Network, is a long-time friend of Nigel Farage. He directed his data analytics firm to provide expert advice to the Leave campaign on how to target swing voters via Facebook – a donation of services that was not declared to the electoral commission. [guardian]

Whew, well, thank godless it wasn’t the Russians! It was just a random billionaire. Too bad he didn’t just give a load of money to start a jazz festival, or something, it sucks being you, England!

Cambridge Analytica, an offshoot of a British company, SCL Group, which has 25 years’ experience in military disinformation campaigns and “election management”, claims to use cutting-edge technology to build intimate psychometric profiles of voters to find and target their emotional triggers. Trump’s team paid the firm more than $6m (£4.8m) to target swing voters, and it has now emerged that Mercer also introduced the firm – in which he has a major stake – to Farage.

longstanding friendship between Nigel Farage and the Mercer family led Mercer to offer his help – free – to the Brexit campaign because of their shared goals.

Their shared goals being “rich people do whatever the fuck they want?”

The strategy involved harvesting data from people’s Facebook and other social media profiles and then using machine learning to “spread” through their networks. Wigmore admitted the technology and the level of information it gathered from people was “creepy”. He said the campaign used this information, combined with artificial intelligence, to decide who to target with highly individualised advertisements and had built a database of more than a million people, based on advice Cambridge Analytica supplied.

A leading expert on the impact of technology on elections called the relevation “extremely disturbing and quite sinister”. Martin Moore, of King’s College London, said that “undisclosed support-in-kind is extremely troubling. It undermines the whole basis of our electoral system, that we should have a level playing field”. 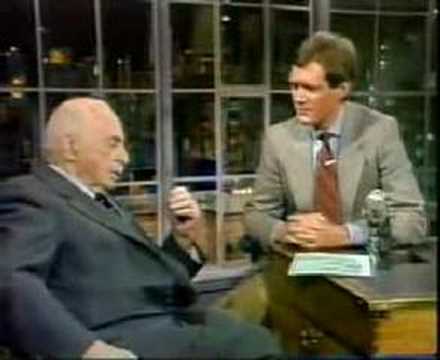 Oh, that’s a good observation. Apparently England has just discovered that wealth and privilege can undermine the electoral system? Or are you just shocked that it was an American billionare crank who did it, instead of a member of the Mayfair set? Is this new? Far from it. Cambridge Analytica are just marketing assholes, even ancient Rome probably had marketing assholes. Even marketing assholes have marketing assholes: like Edward Bernays.

If you know any anti-semites, you can make their heads explode into a fine pink cloud of mist by telling them about Edward Bernays.

I’ve actually been reading Bernays’ Crystallizing Public Opinion [amazon] and I’ve been finding it very hard going. Mostly because of Bernays’ writing style, but also because the content is a mixture of repugnant fluff. Just what you’d expect from the founder of the discipline of “Public Relations Counsel” – Bernays felt that professional manipulators (he allegedly consulted at $1000/hr in the 1960s, which would be about $25,000/hr in today’s consulting landscape) should be the ones helping people elect the leaders, or at least helping the people who really mattered. I’m sure Mercer would have had him on staff.

Let us take the example of a public relations counsel who is confronted with the specific problem of modifying or influencing the attitude of the public toward a given tariff bill. A tariff bill, of course, is primarily the application of theoretical economics to a concrete industrial situation. The public relations counsel in analyzing must see himself as a manufacturer, a retailer, an importer, an employer, a worker, a financier, a politician.

The technique of analyzing subgroups of the body politic, then telling each of them a carefully tailored set of lies – er, “creating a close relationship in the public mind” – it’s as if Cambridge Analytica wrote their business plan by cribbing it from Bernays.

Adam Curtis did a documentary about Edward Bernays The Century of The Self [youtube] It’s typical Curtis: interesting, complicated, and it makes you feel like you just got a glimpse through to the other side of a mirror, and realized that there’s a completely different world back there. It’s not a good thing or a bad thing but it sure is a thing.

Bernays is hard to read because it’s written in a curiously roundabout style that is clearly intended to present Bernays’ opinions as matters of fact; to avoid having to argue why public relations should work thus or such way – he’s not only laying out the field of professional manipulation, he’s trying to manipulate the reader.

Bernays was, like most intellectuals of his time, fascinated by the new “science” of psychology. He was Sigmund Freud’s nephew, so that may have also had something to do with it. I find his style of reasoning to be very in line with psychology of his day (which I’ve also had to read): lots of assertion, a desire to assume the mantle of scientism, no research, huge amounts of cultural bias, and an over-reliance on vague terms and circular definitions. I can’t decide if I’m more horrified by that, or by public relations.

Should I do a book review of Bernays?

I suspect that somewhere buried under all the brexit madness there’s a plan that’s going to result in a massive tax-dodge for a bunch of billionaires, who are going to laugh all the way to the bank. That was what Trump was supposed to do, wasn’t it?

Monday Meslier: 2 – What is Theology? » « Things That Delight Me: FredBlog