I’m going to give you a spoiler under the bar; if you were going to see La Haine [imdb] without my telling you to, go ahead and do so then come back and comment on this posting.

The movie ends with one of the darkest notes, ever, gently intoned by the narrator:

When you get outside of the beautiful old heart of Paris, you reach the “banlieu” – what, in the US, we’d call “the projects.” I suppose in the UK they’d be called “council housing” – it’s terrible. I went to visit a family friend in Neuilly, once, before things started to really get bad, but I stick to the dream-streets of my favorite city. Basically, I have my fingers jammed in my ears and I’m ignoring the tremendous ugliness that underlies everything. 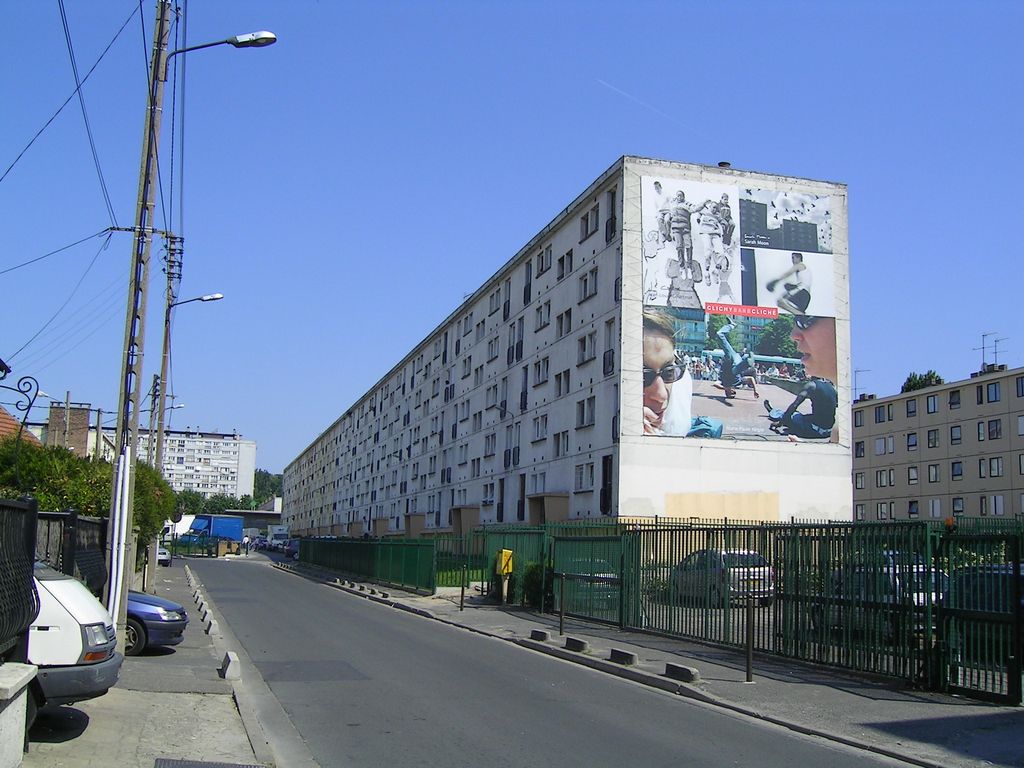 If you’re familiar with Morel’s District 13[imdb] it’s a dystopian science fiction movie about the dystopian now. La Haine is a much, much, better movie, but it’ll leave you with a view of France that has nothing to do with baguettes and accordions. The projects outside of Paris are huge, ageing and falling apart, rife with drugs and gangs, policed by militarized cops who understand that their job is to keep the people in the projects from coming into the beautiful society and trying to participate. When La Haine was filmed, there were 3 main divisions: poor white French people, Algerian and Moroccan immigrants from the 60s and 70s, and black immigrants from the former French colonies in Cote D’Ivoire from the 70s. If you were one of the latter two, you were more or less shut out of the French economy so you’ve got poverty, drugs, and despair. Now, add more migrants from Libya, and Tunisia, and a stupid tone-deaf nationalism that is quintessentially French: let’s ban head-scarves, let’s force you to pretend to assimilate into the culture that does not let you assimilate.

La Haine is beautifully shot in black and white, which manages to work without being pretentious – leaching the color from the film sets the underlying tone of empty depressing concrete everywhere; everything is concrete colored. For a movie about poverty and oppression, it’s oppressive.

The plot is simple: it’s a group a friends hanging out the day after a riot. Chekhov’s Gun appears. Things go wrong. It all ends badly.

I feel like I need to emphasize: the Paris presented in La Haine is the real Paris, today.

It sounds like the French are not going to elect a racist fascist who promised crackdowns on immigrants. But the problem isn’t getting any better, and it’s gotten a lot worse since La Haine came out in 1995.

District 13 is hardly worth watching, though there’s some really awesome parkour action at the beginning, which makes it almost worthwhile. (Mild spoiler) The movie is about the same thing as La Haine, really, except the politicians have decided on a “final solution” for the projects. Unless you want a version of Escape From New York with none of Snake Plissken’s charm, I’d give this one a miss.

As I write this, the first round of the French election is finished, and it’s down to Le Pen against the world. Let’s hope the world wins this round.

Dye Dye Dye Before and After » « More Messing Around