We know of no religion without prayers; even the Jews have them – even though they had no published formulas back in the days when they chanted their canticles in their synagogues, those arrived much later. 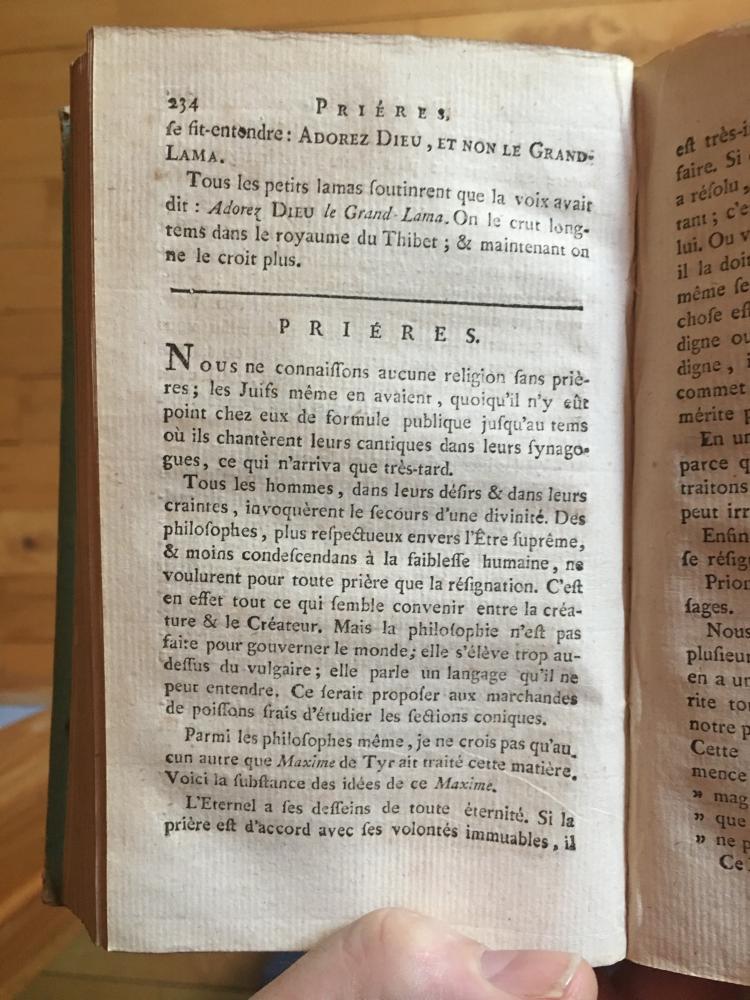 All men, in their fears and desires, invoke the help of a divine being. Philosophers, more respectful in their approach to the supreme Being, and less condescending toward human frailty, view all prayers with an attitude of resignation. It is, it seems, all that happens between the created and the Creator. But philosophy is not positioned as governor of the world; she rises above the vulgar, and speaks in a language that one can barely hear. It would be like asking fish-mongers to study conical sections. 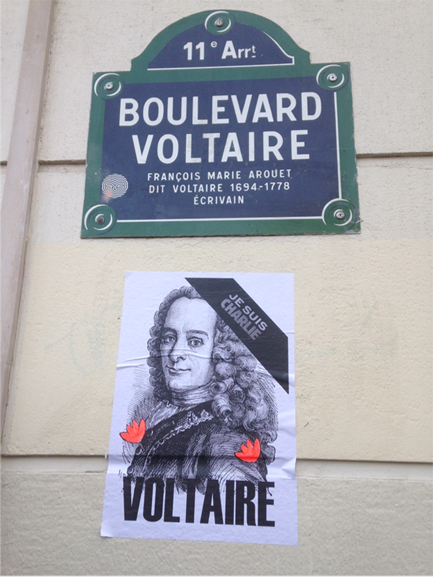 I understand the motivation for this, and it’s a necessary step in de-privileging christianity from governmental bodies, but it’s stupid: our lawmakers and representatives ought to be chosen for competence and wisdom and ought not to be asking higher powers for help, meditating for calm, or appreciating the beauty of the universe. They’re there for a specific purpose and it’s no more appropriate for someone to do a performance of making twisty balloon animals than to be invoking gods, or blathering some secularist mumbo-jumbo.

Yes, talking some secularist mumbo-jumbo is marginally better than having religious mumbo-jumbo, but there shouldn’t be any “invocation” at all, there is no need to “solemnize” the occasion of a bunch of people assembling to do their jobs. “Now let us bow our heads and solemnize this occasion on which we are about to make batches of freedom fries to serve to our customers with their cheeseburgers. O help us heavenly father, to get the oil the right temperature!”

Perhaps – perhaps – one could start political sessions with a stern reminder that “The People Are Watching You” and “You Were Elected to Represent All Your Constituents.” But, again, if an elected representative needs to have basic representative democratic ideals explained to them, they’re not qualified for the job.

Last year, the City Council in Phoenix voted in a highly controversial move to replace the opening prayer with “silent prayer” after a group of Satanists signed up to deliver the invocation.

It’s a shame (but not a surprise) that legislatures need to be trolled by satanists to get them to think about what they’re doing. I use the word “trolled” deliberately, there. I personally find amusement in many of the things the satanists do, but the mechanism of operation is trolling “for the lulz.” The satanists are funny and creative but the gamergaters thought they were funny and creative, too. And so did Milo Yiannopolous. Sure, it’s to get people to think about something important – but tenaciously out-stupiding your opponent is not grounds for self-congratulation; you’ve demonstrated you’re as annoying (if not more so) than they are. Great: that’s strategic genius.

The old expression “casting pearls before swine” is usually taken as being dismissive of the lack of taste and wisdom of swine – but what about the person who’s casting the pearls? Nobody looks smart in that scenario but the swine can at least say, “hey, you knew we were swine all along.”

Politicians that want an “invocation” before they start work ought to be digging ditches by hand or something else they’re qualified for – because they aren’t qualified to lead. These are serious times. And, honestly, someone who wants to go out of their way to address a bunch of politicians to try to get them to take their job seriously – is wasting their time.

Don’t try to sue to get atheists to be able to blather mumbo-jumbo at a bunch of religious blockhead representatives; spend the effort trying to get better, athier, representatives.