I’ve keynoted and attended a lot of conferences in the course of my career. So, naturally, a piece of spam that looks like it’s a conference invitation goes right through my bayesian spam classifier. 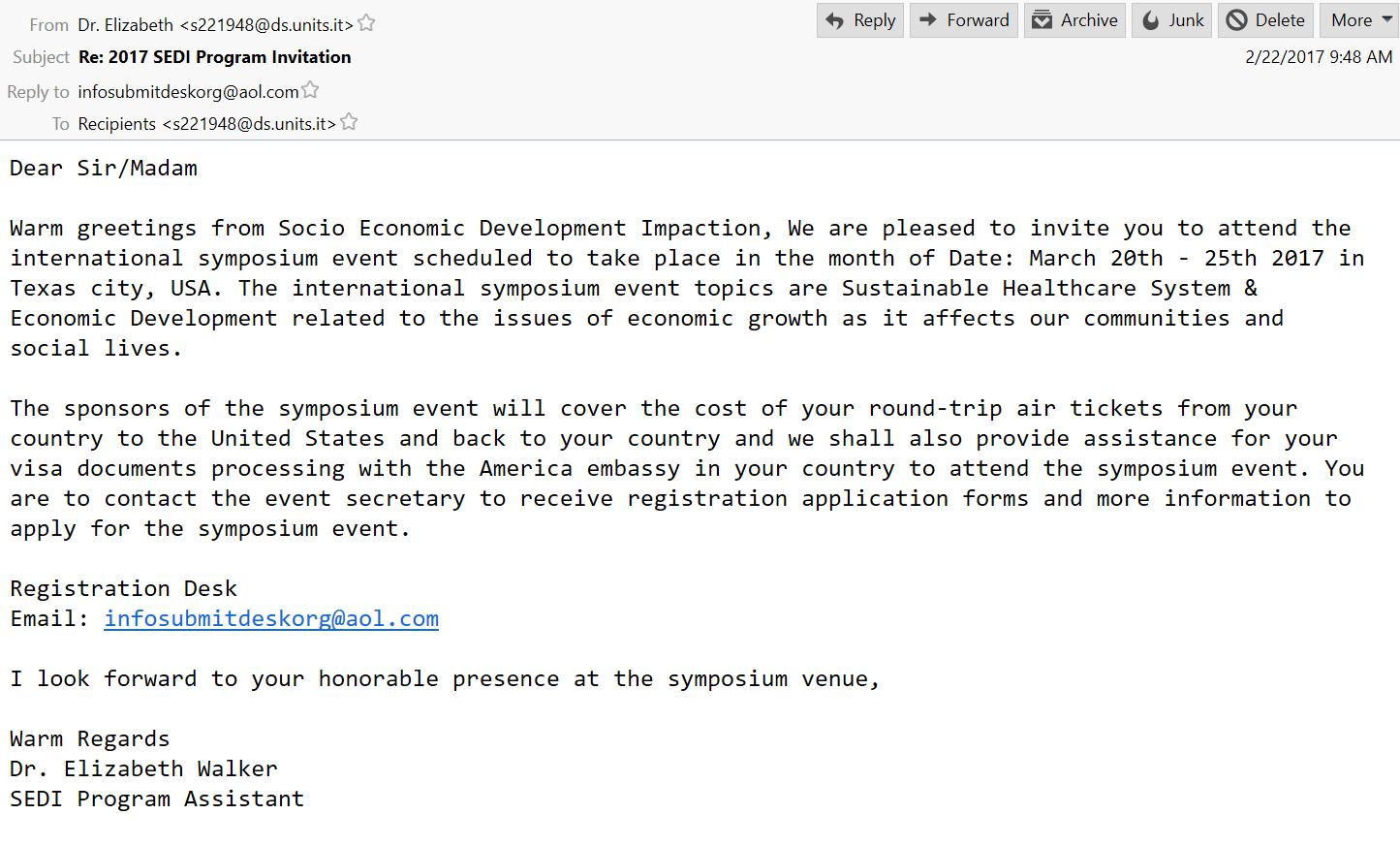 I’m not sure where “Texas City, USA” is but it sure sounds big. Because they do things big in Texas.

Here’s what I think is going on: the scammers are trying to get people who want conference attendee visas so they can get into the US. Then, they will get lost into the vastness of Texas City where they will be welcomed with open arms by the horrible racist denizens of that area.

I’m pretty sure, though, that they’re going to fail (and their victims will lose any money they send) because they don’t really look much like a legitimate conference. I’m pretty sure “Socio Economic Development Impaction” is a branch of the social “sciences” but when I googled for it I didn’t expect there to be a website and everything. It looks like they have about 30 employees, so they’re running a multi-million dollar business. Well, not really. The listing of the staff is pretty intense: 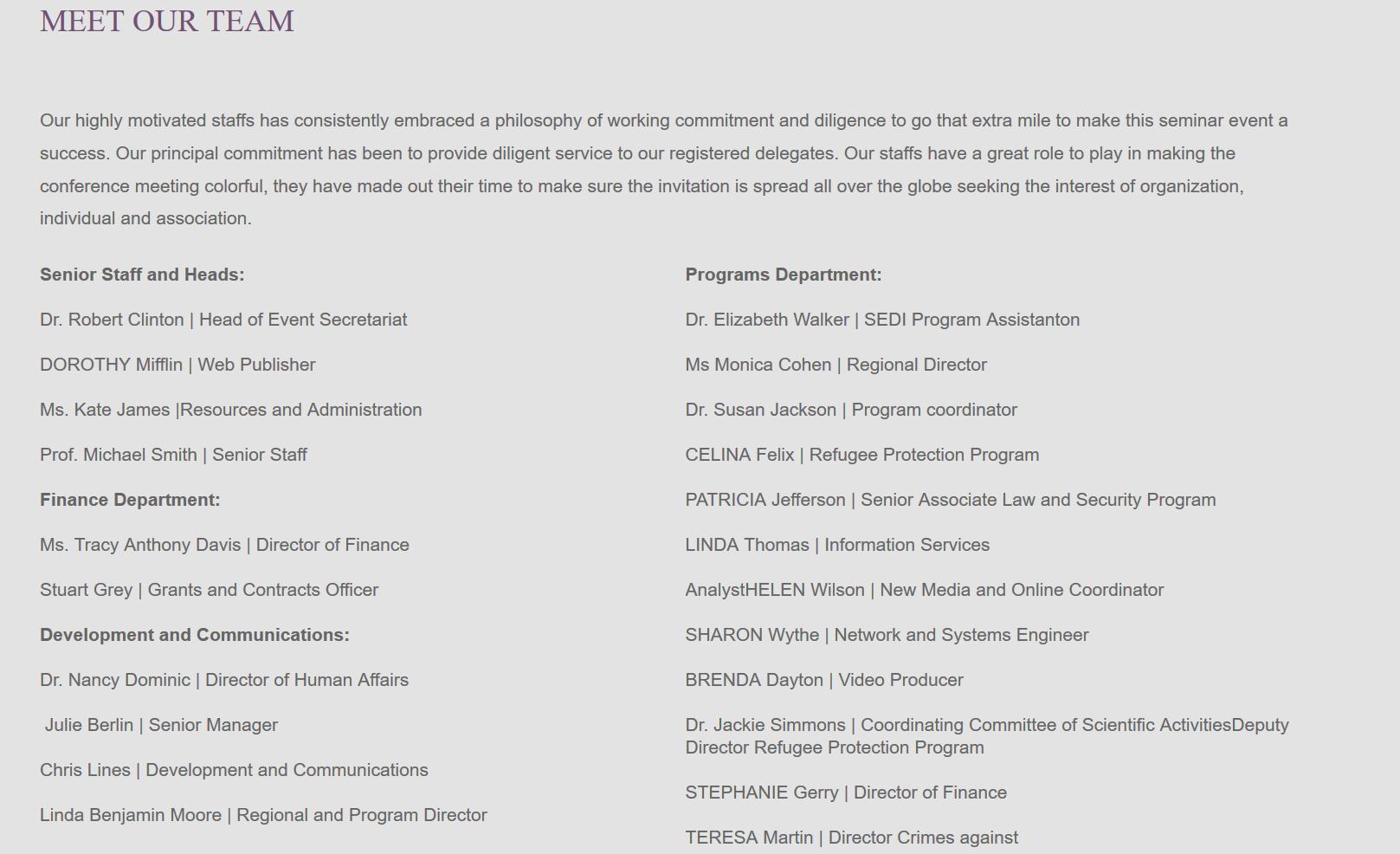 TERESA Martin, “Director Crimes against” sounds interesting – it sounds like they are taking attendee safety pretty seriously; it sounds like they’re better than some atheoskeptical organizations. Besides, they have a staff position called “Assistanton” which sounds pretty darned cool.

The main burst page is littered with pictures from large conferences and they claim to be sponsored by the Bill and Melinda Gates Foundation. I suppose I could call and check…

I’m not pointing a laughing finger at them; if they’re scammers (and they seem to be) they are trying to take advantage of the hopes of desperate people who are trying to get in to the US. It’s important for us to remember that people everywhere are getting fucked by their governments, economically exploited, sexually and racially abused, legislated against, repressed, or just lack opportunity. The US is still a place that’s attractive enough that scammers can ply their trade. My initial reaction was “who on earth would want to go to Texas?” But that’s because I’m privileged to be somewhere nicer.

Vendredi Voltaire: Prayers » « Purinton Told the Bartender he Believed the Men he Shot Were Middle Eastern