Serial fraudster Uri Geller is back; I guess he needs more money.

Wafting into the info-sphere from multiple points comes the meme that Geller was tested for psychic powers by …  The CIA!

Why is the Culinary Institute of America[cia] concerned with psychic powers?  No, wait, I kid, I kid.

It appears to be Geller’s marketing to the low-end UK media: the article is being carried by The Daily Mail, The Telegraph, The Sun, The Daily Beast, The Times, The Express. And the memeology is consistent: there are documents that show that Geller was secretly tested, and passed.

Spoon-bending ‘psychic’ Uri Geller was subjected to a series of US Government tests to see if he had paranormal powers, secret CIA papers reveal. [1] 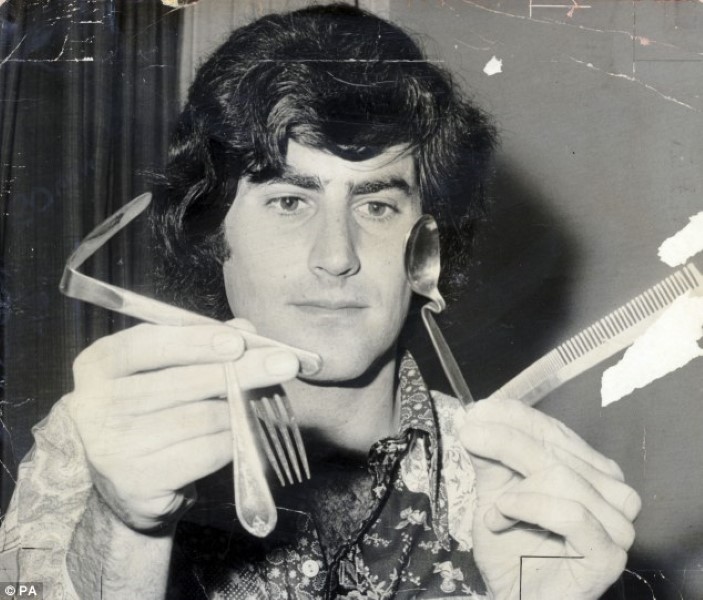 Wow, someone at CIA is leaking classified material, again. And conveniently for Uri Geller. Actually, that’s a lie, too: it’s based on experiments that were declassified in the mid 1990s. But whoever’s re-kindling this story is playing up on the CIA angle as much as they can.

This is just a retread of the old Stanford experiments story from the 1970s:

A word was then selected at random from a dictionary.

The first word selected was “fuse” and from that a firecracker was drawn by someone outside the locked room.

The picture was then taped to the wall outside Geller’s enclosure and the spoon-bender was then told via intercom the drawing had been done.[1]

See how naive scientists were back in the 1970s? Penn and Teller could have passed that test, too, and probably could have produced a firecracker out of the tester’s nostril, as well. Did anyone think to ask why the experimental protocol required the picture to be taped to the wall outside Geller’s enclosure?

Remember, these were the very same Stanford experiments that Steve Shaw (aka: Banachek) so famously punked[wikipedia] Puthoff’s original paper was released in 1995 when the whole project was declassified – and presumably it was declassified because the CIA actually didn’t find anything. You can be sure that if there were operant psychics, that would still be a closely-held secret.

Disappointingly, one of the things Puthoff neglects to mention in his paper is how thoroughly punked they were by Shaw. Puthoff appears to have retained his belief, in spite of reality’s intrusion:

One example of a possible candidate is a study we performed at SRI during the Carter-administration debates concerning proposed deployment of the mobile MX missile system. In that scenario missiles were to be randomly shuffled from silo to silo in a silo field, in a form of high-tech shell game. In a computer simulation of a twenty-silo field with randomly-assigned (hidden) missile locations, we were able, using RV-generated data, to show rather forcefully that the application of a sophisticated statistical averaging technique (sequential sampling) could in principle permit an adversary to defeat the system. I briefed these results to the appropriate offices at their request, and a written report with the technical details was widely circulated among groups responsible for threat analysis, and with some impact.[puthoff]

My favorite Uri Geller story is not the Randi/Carson story, it’s a Richard Feynman story:

We went to Geller’s hotel room and found a very nervous man, walking back and forth, answering the phone, which rang often. Carl gave him his box of simple tests, and Geller put it aside-he didn’t even look at it. Between telephone calls he explained to us that sometimes his power comes, sometimes it doesn’t, and he doesn’t know where it comes from. He told us various theories that people have suggested: So and so says it might be such-and-such; so-and-so says it might be extraterrestrial. Of course, I’m just sitting there and this fog is passing by.

Then Geller handed each of us a little pad of paper and a pencil, and asked us to make a drawing: he’s supposed to guess what it is. It was easy to see how he was going to do that, because the back of the pencil moves when you make a drawing, and he guessed in the way a fortune teller does, by suggesting that it might by ‘this-ish’ or ‘that-ish’, and looking at our faces for a sign of excitement, showing that he’s on the right track. Of course, he had his hands over his head, but what do we know about that? He said things like ‘There are circles involved. . . (he saw the pencils move)’ But it didn’t work with us because we were absolute poker faces. 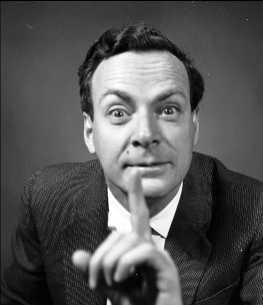 Methinks this reeks of bullshit

So Geller’s mind-reading didn’t work. He then picked up a key, but said the power wasn’t coming. We were watching him like hawks. We shouldn’t have done that: We should have let him get away with his mind-reading trick, become relaxed, and let him do his stuff. He answered the phone a few more times, saying that in between that he didn’t have the power right now. Then he says, ‘Hey! It often works better under water. Let’s try it under water.’ I don’t know what he means, but he goes into the bathroom with a key, and he turns on the faucet. We quickly follow him in there. Al’s on Geller’ s left, Carl’s on his right, and I’m behind – all four of us are crowded into this tiny bathroom-and three of us looking down to see if he’s got a tool to come out of his sleeve, or what! Nothing happened, I was a bit disappointed: he wasn’t able to do one trick; he was not a superstar magician, as I had hoped.

Al called me up later with a hypothesis about the key bending under water. We were all looking for a tool, and saw none, but if Geller could distract us for a moment, he could slip the key into the pipe and quickly bend it, and with all the water rushing down, it would be hard to see. I don’t know if that’s the way he was going to do it, because we never gave him a chance. [feynman]

Geller was probably hoping to bend the spoon on his way in to the bathroom, while everyone serialized through the door; in more crowded conditions he’d have a better chance of hiding the bend.

This silly story only popped up on my radar screen because I have google searches that trigger on news articles about the NSA or CIA. So, when (presumably Geller’s publicist?) whoever it was carpet-bombed the story to the low-end media, it lit up my CIA detector. The whole CIA angle is a complete lie, of course; Geller’s publicist is just throwing it in there as bait because saying “Geller tested in discredited 1970s Stanford research” doesn’t sound quite as good.

I wonder how Geller’s going to monetize this? I was unable to identify a correlation between the first blue spike in late 2013, with any Uri Geller tours or shows. But I admit I didn’t try very hard.