It’s a little hard to sort out the grifts when they’re so many-layered. So, please bear with me.

Apparently Trump’s pressuring Lockheed Martin squeezed around $700 million off of one of the F-35 contracts.

Of course, this is good news. It amounts to a 7% discount on that contract.

Here’s the problem: you’re still spending $90 million for the stripped down version, which is still a ludicrous price, even with a 7% discount. And you just don’t talk about the luxury model or the sports model, because that’s what you’re actually going to sell your customers, anyway. All of which is sort of a moot point, since the sporty version and the luxury version aren’t ready for sale, yet because they are still experiencing “teething pains”  But wait, it’s worse. See, the stripped down version you are selling? It’d just a training model, really: it can’t go very far, hasn’t got fully functional systems yet, etc.  So the real question that ought to be being asked is why are the taxpayers paying $8.5 billion for loads of a plane that isn’t combat-capable yet?  That’s the real trick. 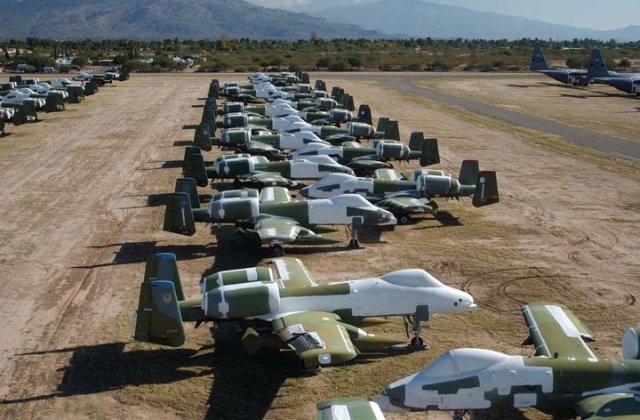 The F-35s that are being bought today will certainly need to be upward-versioned to a fully functional version if and when the fully functional version materializes. Or, they will wind up parked in rows in Arizona, deteriorating in the heat. Lockheed Martin is experienced enough at this game to know that presidents come and go, but nowaday’s procurement programs live forever. They’re going to win the contract to upgrade those F-35s to a new, working, version (if one ever materializes) or sell all new ones. They don’t care.

Meanwhile, Trump’s savings of ~$700 million on an $8.5 billion contract ignores the fact that the $8.5 billion contract is 90 out of a planned 3,500 planes. Many of which will be the sport and luxury models. Lockheed’s 2015 revenue was $46.1 billion, and they claim on their website that the F-35 program accounts for 20% of that. A little math says that in one year, the government bought $9 billion worth of F-35s back then (and they didn’t work back then, either) – Detroit’s not the only industry the Obama Administration helped prop up with huge handouts.

“This is simply taking credit for what’s been in the works for many months,” Reed told CNBC in a telephone interview. “These are savings that would have happened anyway.” [cnbc]

Scams within scams, layered in scam to make a scamwich, wrapped in waxed scampaper. You want it darker? Wait until Trump’s “swamp drainers” start working as lobbyists for the defense industry.

Remember: this is all paying for an airplane that is not ready to be used for its stated purpose. At this point, it’s a test/training vehicle, and the services and Lockheed Martin have pushed it into production to protect the program from cancellation because it’s an obvious failure. As Chuck Spinney points out:

Concurrency refers to the practice of placing a complex hi-tech weapon system into production, before it is completely designed.   Known in the Pentagon as “buy before you fly.” It is the opposite of commonsens engineering, yet concurrency has been business as usual in the Military – Industrial – Congressional Complex for many years,  the problem-plagued F-111 and C-5  in the 60s, and more recently the V-22 tilt rotor and the F-22 fighter being cases in point.

Why do we repeat a madness that both robs the taxpayer and puts defective weapons in the hands of soldiers year after year?

Concurrency has one paramount saving grace: Although it increases the risks to the taxpayer and soldiers, it reduces the risk the faction that benefits from the program’s continued life. By sucking a compliant Congress into the scam, the bureaucratic gamesters in the Pentagon and in the defense industry have figured out a strategy for unleashing the power of faction, in effect turning Madison’s theory of using checks and balances to curb the power of faction (see Federalist 10) on its head. [Spinney]

Things That Delight Me: Tom Kelly on Beethoven’s 9th » « Monday Meslier: 166 – The Fear of God is Powerless Against Human Passions