Some of the servicemen hurt/killed in Yemen during the special forces raid were heroically wounded by their own airplane, a CV-22 Osprey.[fox] 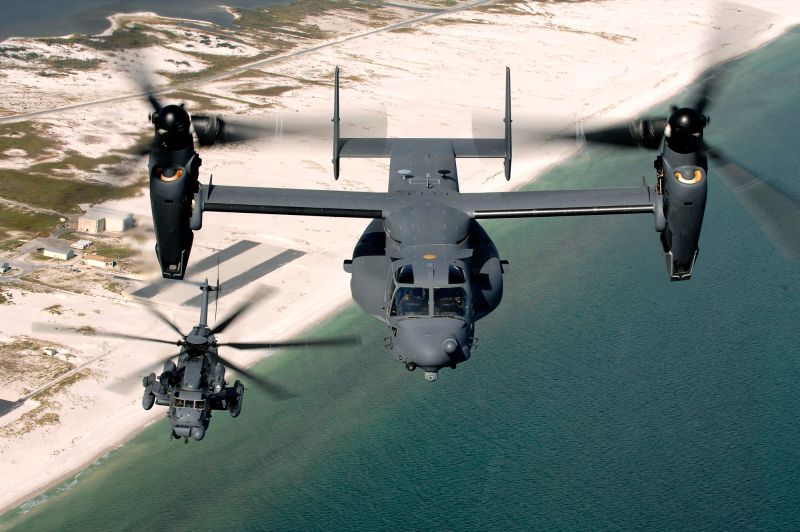 The Osprey is one of those brain-damaged ideas that the pentagon spends a gigantic amount of money on, then cannot back away from for fear of revealing its corruption and incompetence. It’s not a helicopter, it’s not an airplane, it’s a plane that can take off vertically then the engines rotate into forward-flight mode and it’s a propeller plane. With the forward-flight mode, it’s as fast as a regular propeller plane. It has three times the capacity of a UH-60 Blackhawk helicopter, and is about twice as fast. All that, for only 10 times the cost of a Blackhawk! 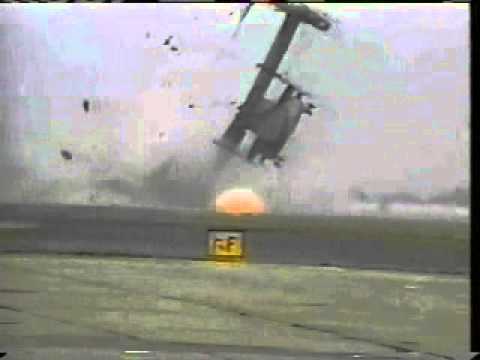 What if one engine fails on takeoff or landing?

Pity the poor Blackhawks: they have a market image problem thanks to “Blackhawk Down” (to be fair: most helicopters fly badly after they have been hit in the engine with an anti-armor rocket-propelled bomb)  It’s the “hit in the engine” point that makes it interesting: helicopters have a nice stable profile when their engine (there’s just one, after all) fails: they fall out of the sky. There’s a trick called “autorotation” in which the pilot feathers the blades so they retain energy for a flare maneuver on landing and the helicopter lands well, if the pilot is skilled. [1] If something happens suddenly to one of the engines of an Osprey what does physics tell you is going to occur? Well, if it’s in forward-flight mode, you’ve got a glide landing. If you’re taking off or landing in vertical flight mode, things get very bad, very fast. Of course taking off and landing is when any aircraft is most vulnerable to ground fire; this is what makes the Osprey such a fantastic idea for troop transport.

Ospreys have had a history of problems besides being incredibly expensive. In order to keep the aircraft program viable, there have been a litany of fixes and the usual heavy propaganda on both ‘sides’ of the debate. But there are some data-points and the “hard landing” in Yemen was so “hard” that the aircraft was not flyable afterward and had to be destroyed by the special forces as they left the area.

The U.S. Central Command said in a statement Sunday that another service member was injured in a “hard landing” in a nearby location. An MV-22 Osprey aircraft used in the raid was unable to fly afterward and “was then intentionally destroyed in place.”[2]

It’s hard to sort out the account, variously there were 3 injured one of which was killed and at least one injury is attributed to the “hard landing.” [I will amend this posting if more facts become available] 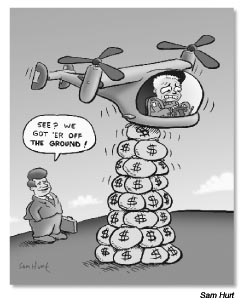 Articles about the Osprey make it hard to tell how bad it is. For example, an article by Popular Mechanics triumphantly declares that “The Osprey a capable aircraft that has had only one fatal crash in combat.” Well, it may be capable, but it’s odd that Popular Mechanics doesn’t mention the non-combat crashes that have killed and injured passengers.

The V-22 Osprey had 8 hull-loss accidents with a total of 36 fatalities. During testing from 1991 to 2000 there were four crashes resulting in 30 fatalities. Since becoming operational in 2007, the V-22 has had four crashes including one combat-zone crash, and several other accidents and incidents that resulted in nine fatalities. [wikipedia]

One begins to appreciate the courage and heroism of the soldiers who get into one of the damn things. But I suppose they don’t have a choice.

The Osprey, however, brought me one of the best pieces of critical snark I have ever read. It’s a quote from Chuck Spinney, one of the brains behind the military reform movement of the 80s, and the F-16 fighter – a person who is intimately familiar with the many failures of the procurement system. Spinney wrote a piece entitled “Buy Before You Fly and the Politics of Risk Reduction”[3] in which he laid out a number of the problems with the Osprey program – including detailed references to minor failures and problems that could result in crashes or injuries. It’s devastating.

After Spinney’s article there was apparently a “secret” rebuttal being ushered around the halls of the pentagon. Spinney wrote a scathing response to the rebuttal[4] including some commentary on the aircraft proponents’ inability to decide whether the Osprey is a “helicopter” or an “airplane”. The rebuttal (not Spinney’s counter-battery) says:

However, to set the record straight, the autorotation issue is a common misconception with this aircraft. The V-22 is NOT a helicopter. It does not autorotate like a helicopter. It does, however, have approved emergency procedures that will allow the aircrew to safely land the aircraft when necessary. One of those procedures requires an autorotative-like state that requires a landing with higher rates of descent than a helicopter (initially), and a faster landing speed than a light, single engine helicopter might expect. The V-22 pilot is trained to set up for airplane mode flight and possible airplane mode glide rather than accept a potential for autorotation. But, should a V-22 ever need to autorotate, procedures are provided and the aircraft’s many crashworthiness features will come into play to maximize potential for occupant survivability at landing. These features include crash load attenuation in the stroking pilot, crew and passenger seats; self-sealing fuel cells and fuel lines with self-sealing breakaway valves; crash energy absorbing landing gear; and wing structure that will break away from the fuselage upon impact to reduce potential to collapse or otherwise threaten the cabin. Once again, this would be a Tilt Rotor autorotation – not a helicopter autorotation.

My head nearly exploded when I read “autorotative-like state” but we’re watching people gamble with others’ lives to protect their cash-cow. And did you catch the bit about the “crash load attenuation in the stroking pilot, crew and passenger seats” – in other words they know the thing lands so hard that they had to make seats on pistoned shock absorbers to keep the passengers and crew from breaking their necks. This is sold as “crashworthiness” and “survivability” but Spinney knocks the ball out of the park with his return volley:

If you want an introduction to the V-22 story, the Texas Observer article is a good read.

Vendredi Voltaire: Natural Law (A Dialogue) » « The War on Authenticity: Update on Amy